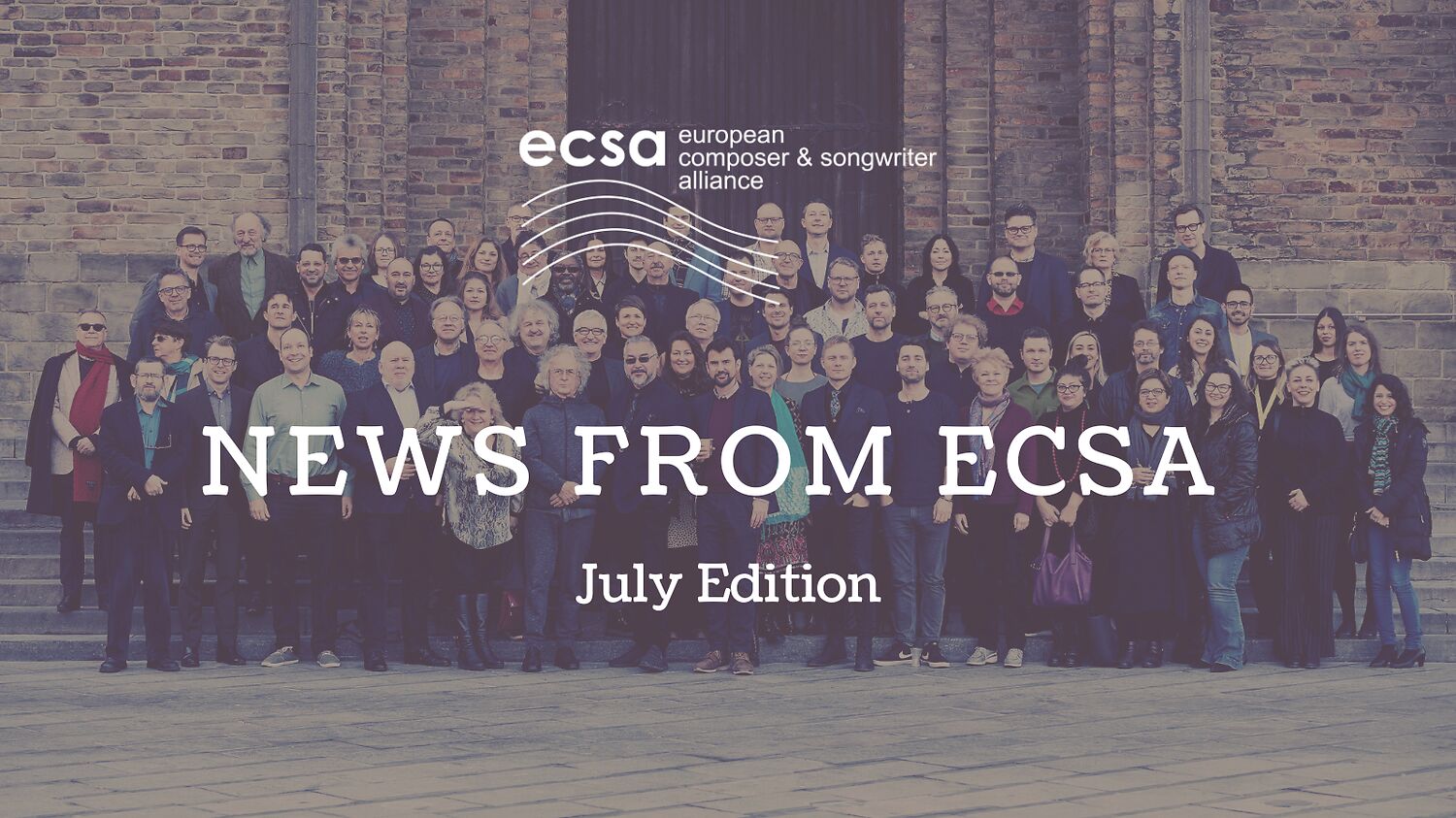 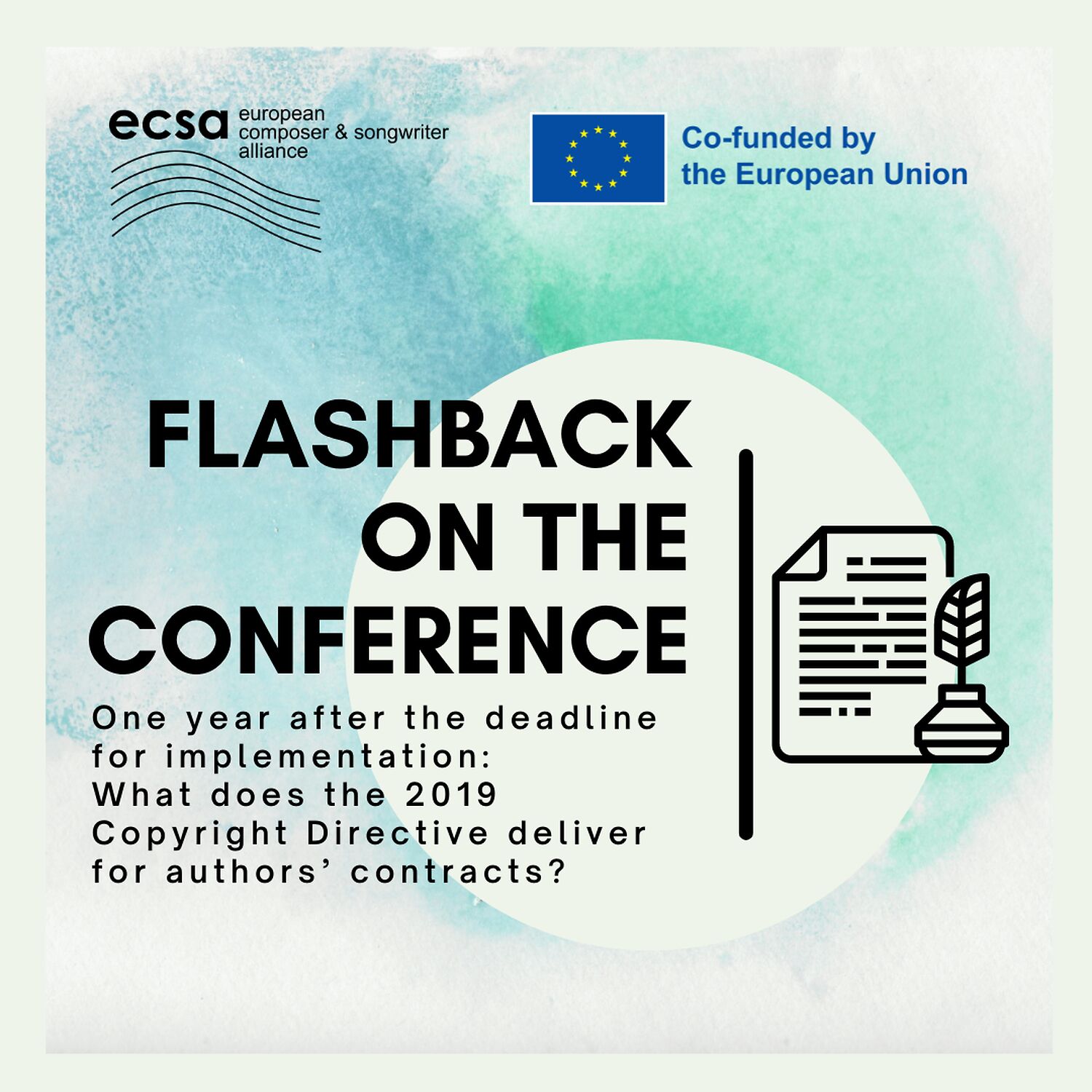 On 23rd of June,  ECSA in collaboration with European Writers' Council, Federation of Screenwriters in Europe & FERA - Federation of European Screen Directors was delighted to organise a Conference on the implementation of the Directive on Copyright in the Digital Single Market (CDSM). The event was also supported by the European Cultural Creators Friendship Group (CCFG). The conference gathered around 45 participants in person and 12 speakers, who addressed and discussed various topics such as the transposition of articles 18 to 23 of the 2019 Copyright Directive into national law, collective bargaining agreements, unfair contractual practices to European authors, buy-out contracts and much more. You can find the Flashback document that spotlights the key points and main takeaways of the conference here. Additionally, you can watch the full video-recording of the conference here. 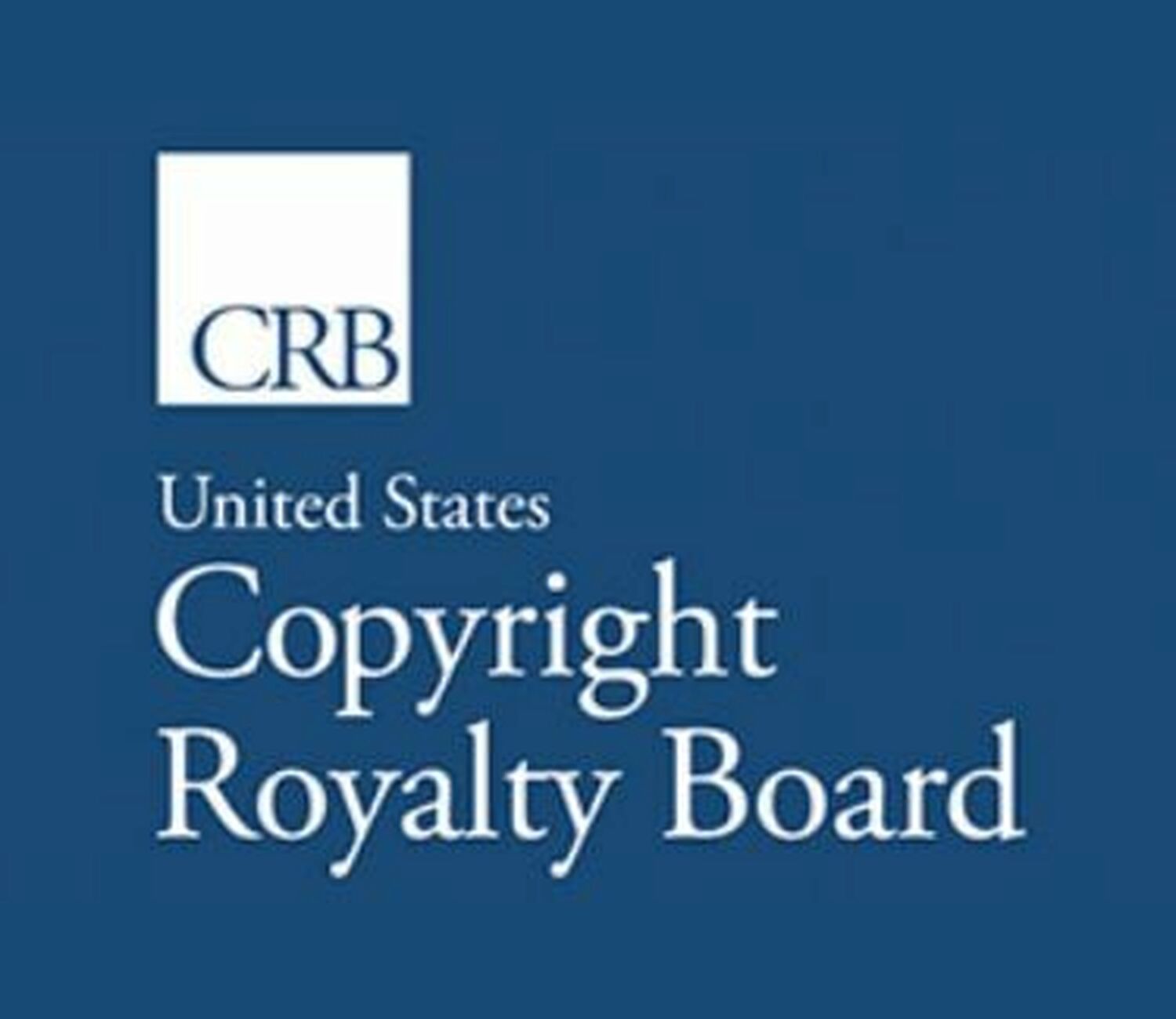 ECSA welcomes the US Copyright Royalty Board reconfirmation of a 15.1% streaming rate for songwriters and publishers

In a ruling issued on 1st July, 2022, the US Copyright Royalty Board (CRB) reaffirmed raising the minimum statutory mechanical streaming royalty rates from 10.5% to 15.1% over the years 2018-2022, rejecting an appeal by several digital service providers (DSPs). The 2018 rate increase was appealed in 2020 by a group of DSPs, including Spotify, Amazon, Google, and Pandora, causing a delay in its implementation, and withholding significant increased royalties that would have been paid to songwriters and music publishers through 2022. ECSA welcomes this decision but recalls that much remains to be done to truly recognize the value of songs and the key role played by composers and songwriters in the streaming economy. 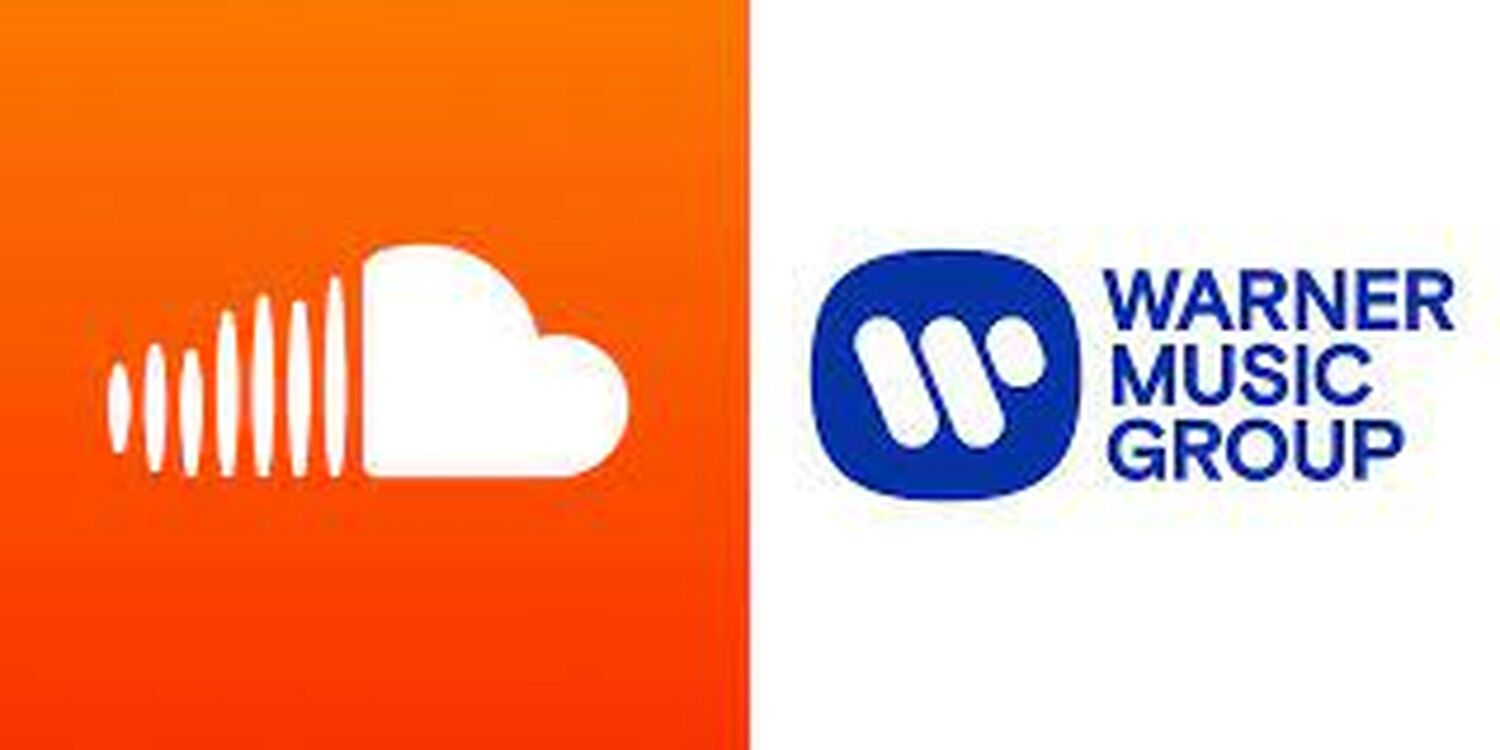 Warner Music Group (WMG) signed a global licensing deal with SoundCloud to adopt the streamer’s Fan-Powered Royalties system, which allocates royalties based on individual user listening (“user centric”) rather than on a pro rata basis. While such a model would not change the current situation for composers and songwriters, ECSA considers the user-centric streaming payment system to be a fairer and more transparent payment model that also creates a closer relationship between artists and their fans. This model also has the potential to reduce fraudulent streams and promote local artists as well as a more diverse variety of music genres in the streaming economy. Read more here. 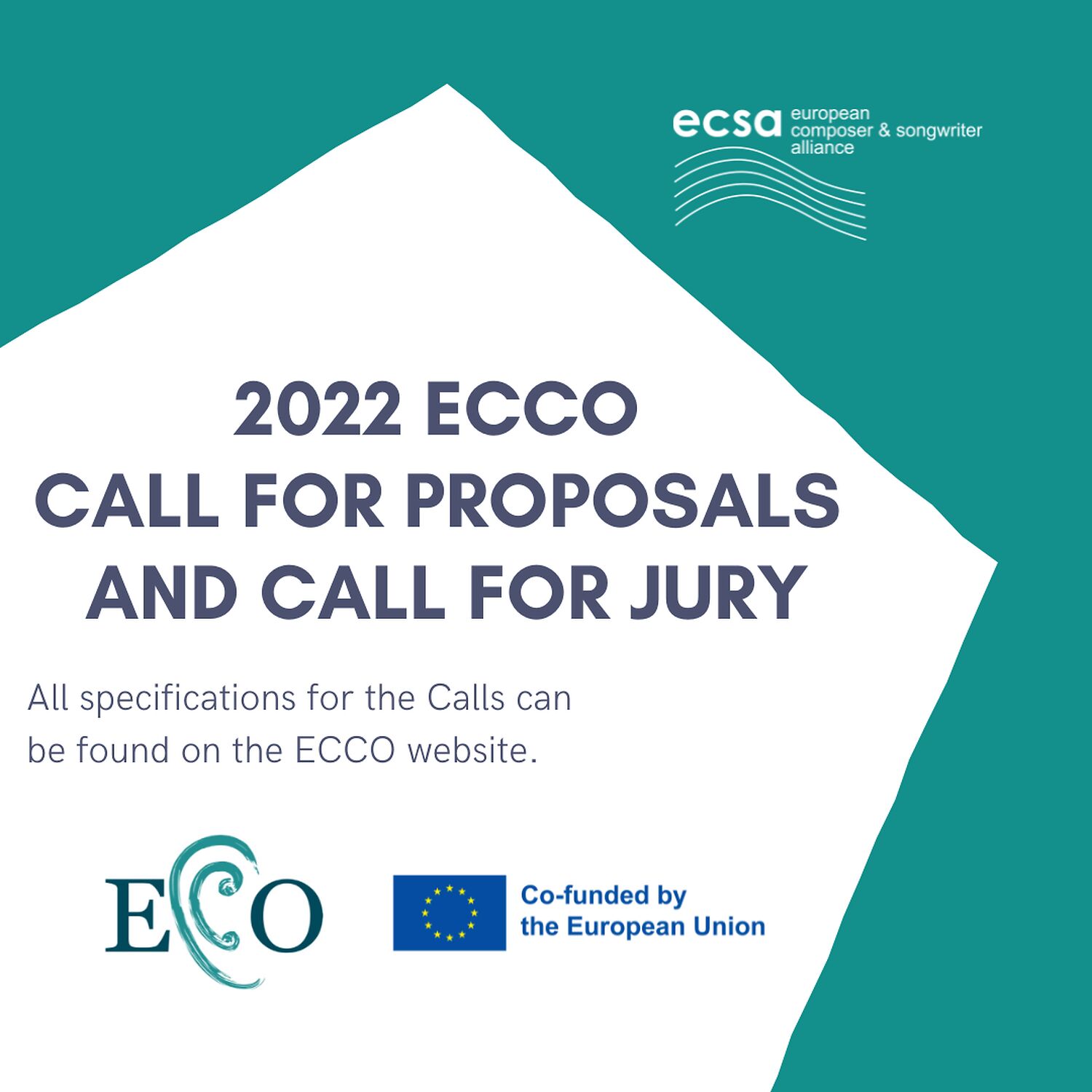 We are delighted to announce the launch of our first Call for proposals and Call for Jury for the ECCO-System grants covering the years 2022, 2023 and 2024. The call is reserved to all ECSA members representing contemporary music authors. Through the ECCO-System, ECSA aims at promoting contemporary European composers and their works across national borders and empowering its members to organise the ECCO concerts in the framework of festivals or concert series taking place in their respective countries. This initiative will provide more opportunities for the re-performances of contemporary art music. Each call includes an online application form as well as specific requirements that must be met. Please check all specifications and guidelines for submissions within the two calls below: 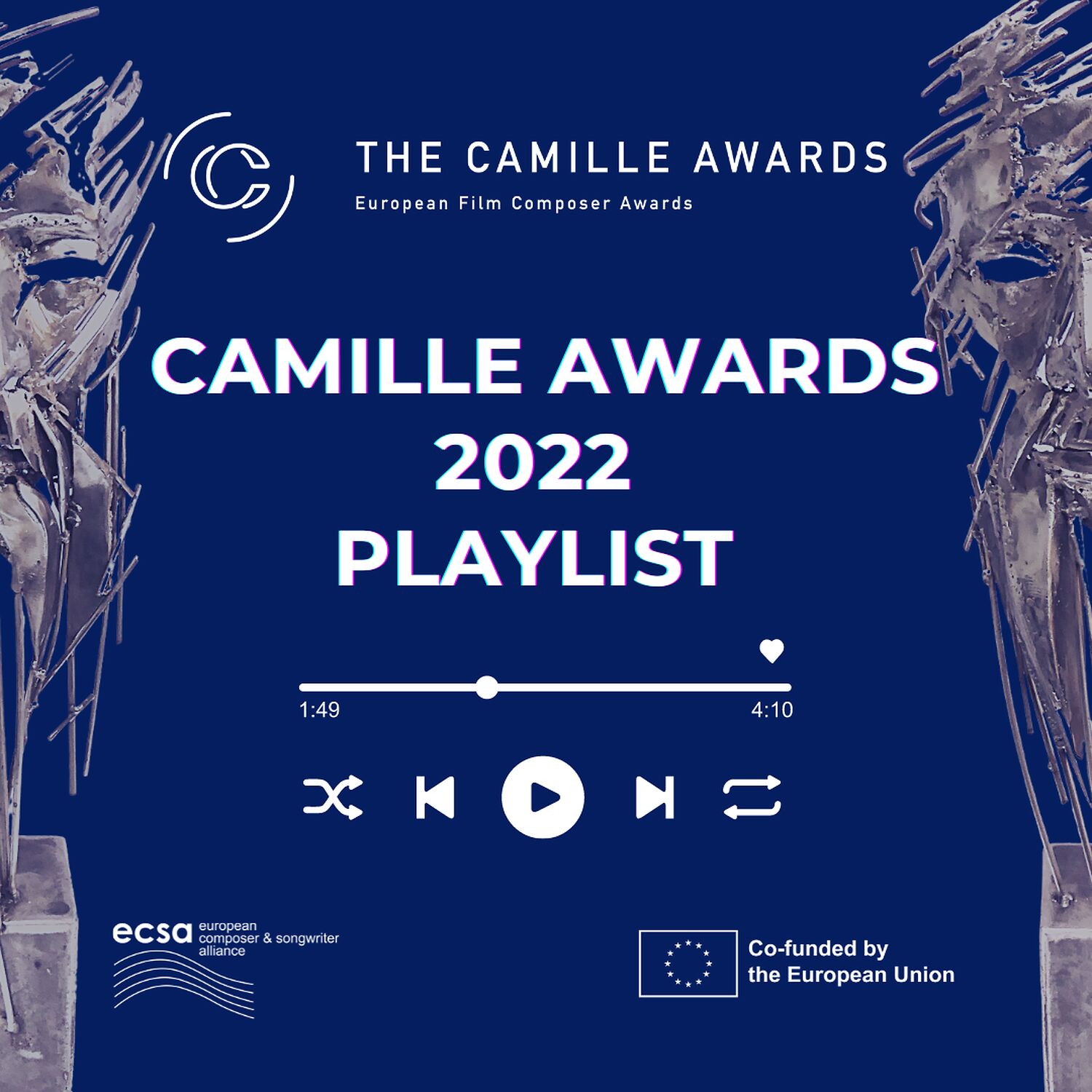 We are excited to share the playlist of the Camille Awards 2022 with you. Enjoy this year's pre-selection lineup of brilliant film composers and their music! The playlist consists of this year’s edition submissions from the ECSA Member organisations in 3 categories: “Best Film Score”, “Best Score for a Feature Documentary” and “Best Original Music for a Drama Series”. *Although 36 entries from 13 countries have been submitted by the ECSA member organisations – only around 20 pieces are available on Spotify & Apple Music. 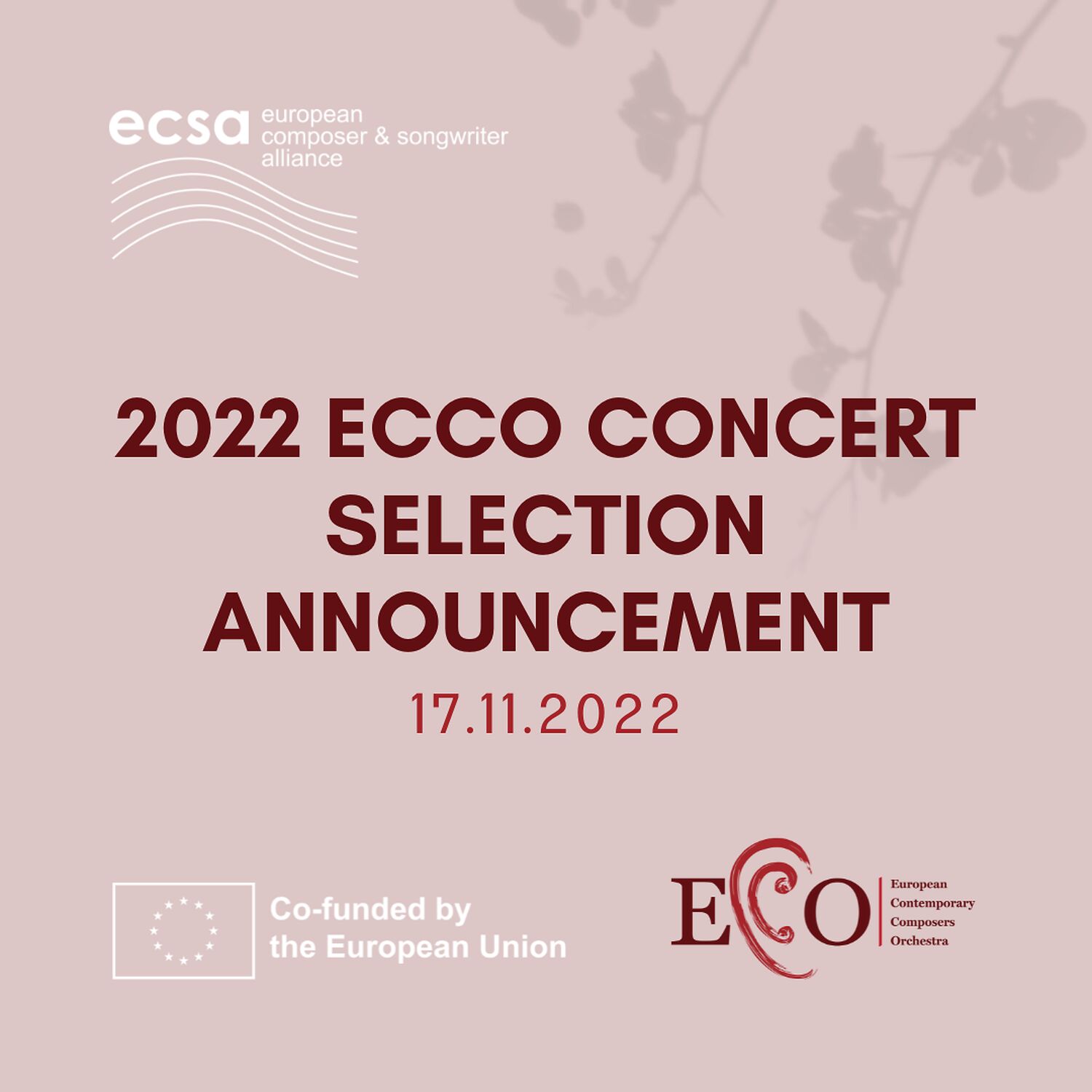 We are delighted to announce that the selection for the next ECCO concert is out! For the seventeenth edition of the concert, taking place on 17th November 2022 in Brussels, the STYX Ensemble will be performing the following pieces:

You can find all the details on the ECCO website. 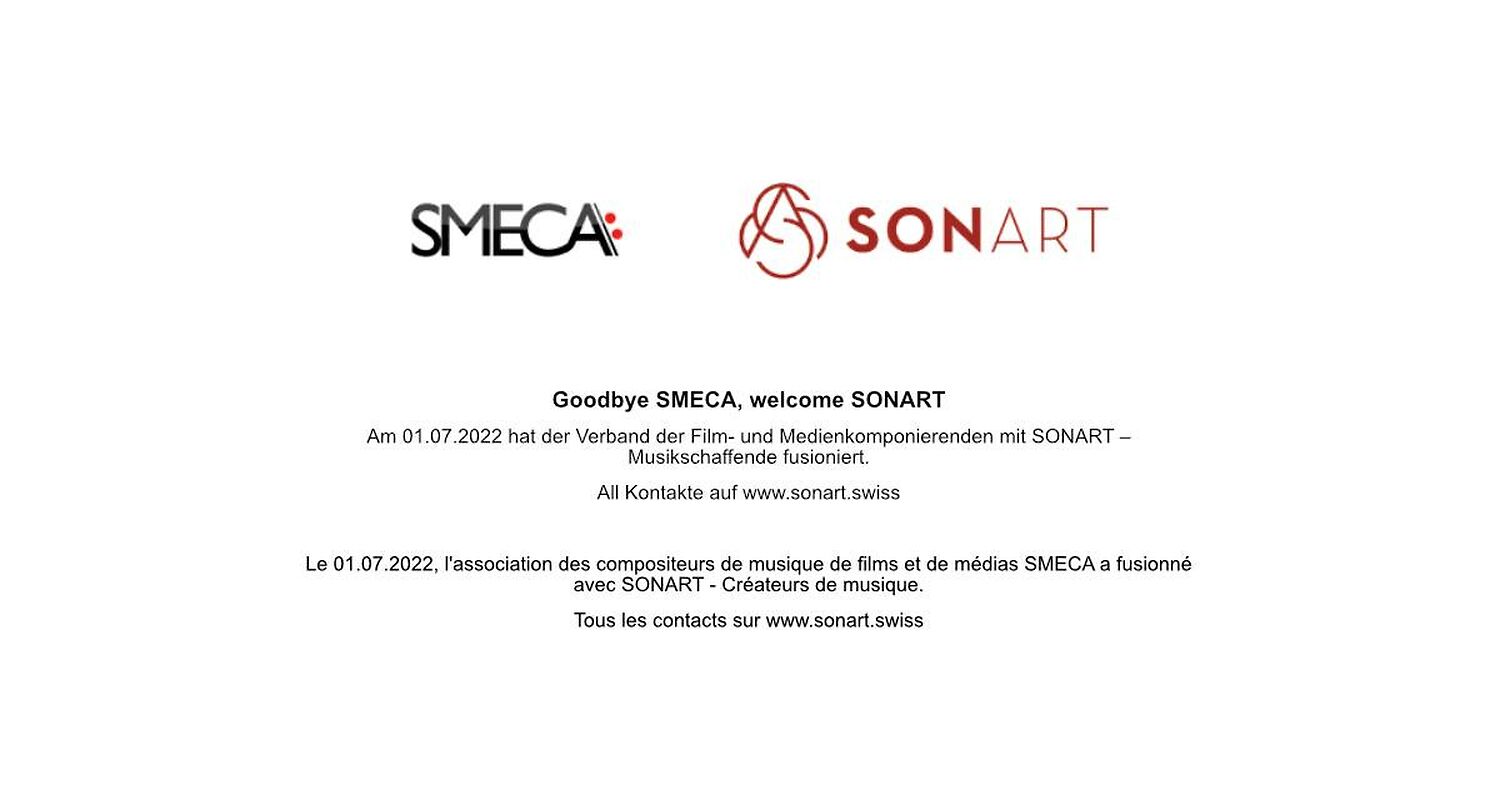 Goodbye SMECA - Swiss Media Composers Association, welcome Sonart - Musikschaffende Schweiz! On 1st July, during SONART's General Assembly, it was decided to integrate SMECA, the association of film and media composers, into SONART. With this step, SONART also creates a new specialist area for film and media music, which is an extremely exciting enrichment for the association and its members. This is an historic merger of two ECSA members and we hope it will only enrich the work and life of music authors in Switzerland. 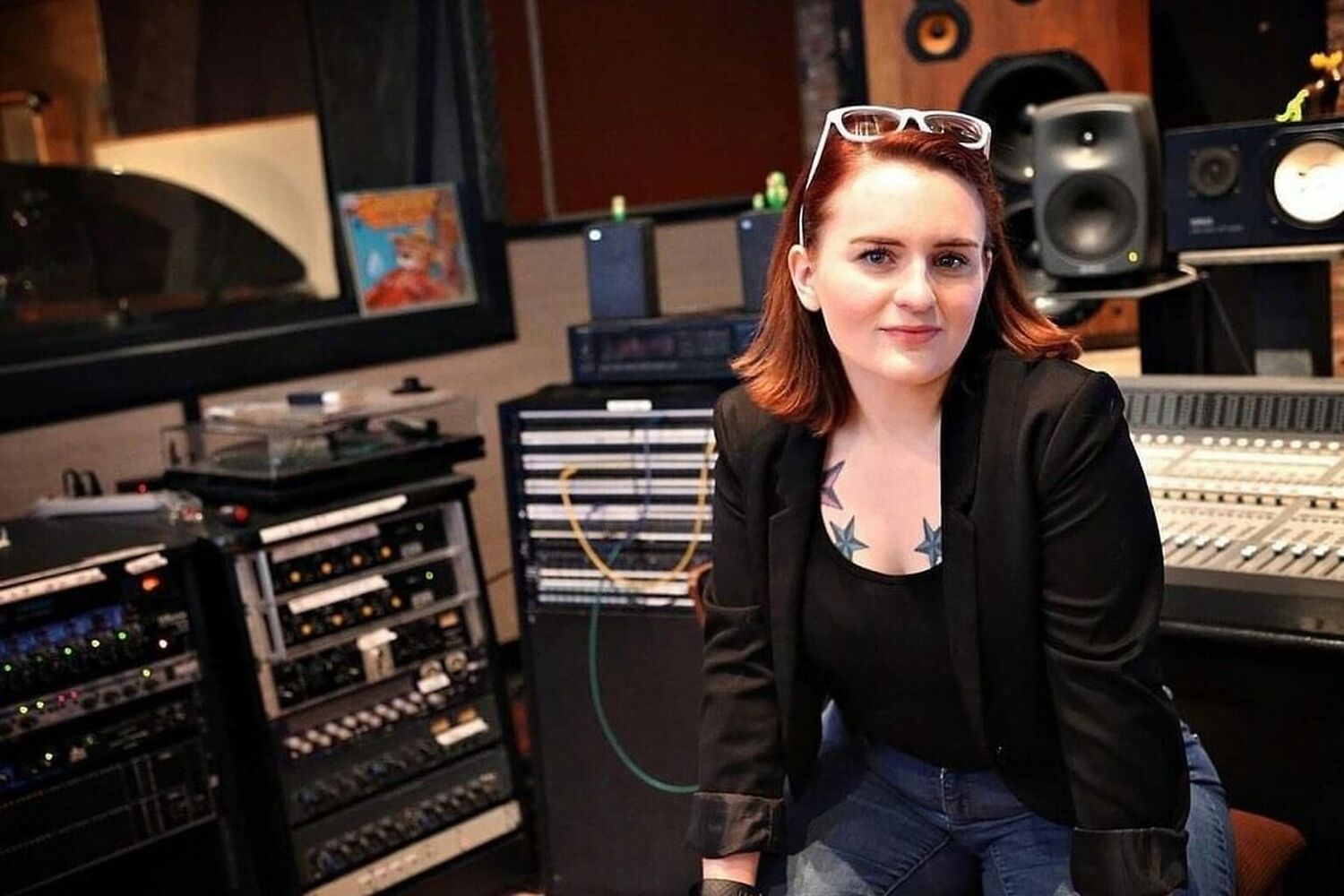 The Ivors Academy calls for Government and industry action to solve the problem of misogyny, bullying, and sexual harassment in music

The Ivors Academy published a report as an evidence to the Women and Equalities Select Committee inquiry into Misogyny in Music of the UK Parliament in which they highlight the problem of misogyny, bullying and sexual harassment in music. The Ivors Academy is committed to addressing inclusion and the historical lack of diversity in the music industry, and to creating a safer and more inclusive environment. The report draws on a range of studies from universities and organisations to highlight widespread abuses such as bullying, harrassement and discrimination, and their damaging impact on workers in the music industry. The Ivors Academy urges both the music industry and the governement to act, and offers in its report a set of recommendations in order to solve the problem of misogyny, bullying, and sexual harassment in the music industry. You can find the submission here. 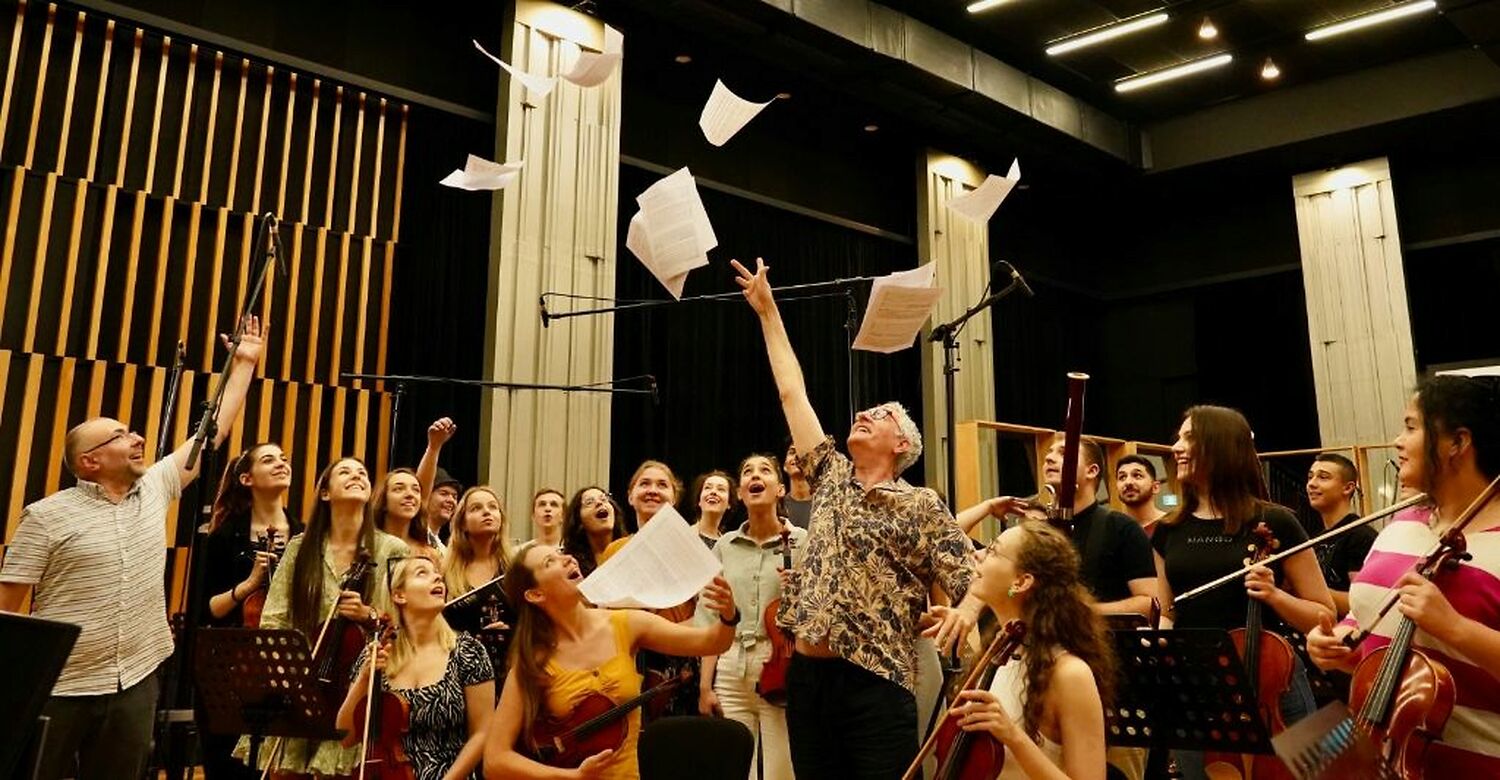 ECSA is very happy to collaborate with the Fames - European Orchestral Performing Institute. Additionally, we are grateful to our Board Member Luis Ivars for organising the first masterclass on film music where students had the opportunity to compose and improvise on film sequences to better understand the parameters of filmusic.  The main ambition of Fames - European Orchestral Performing Institute project is to offer young highly talented European classical musicians an intensive orchestral work program with a physical participation to the training, mentoring, rehearsal and performing sessions along with masterclasses in the FAME’S studios and premises. Read more here. 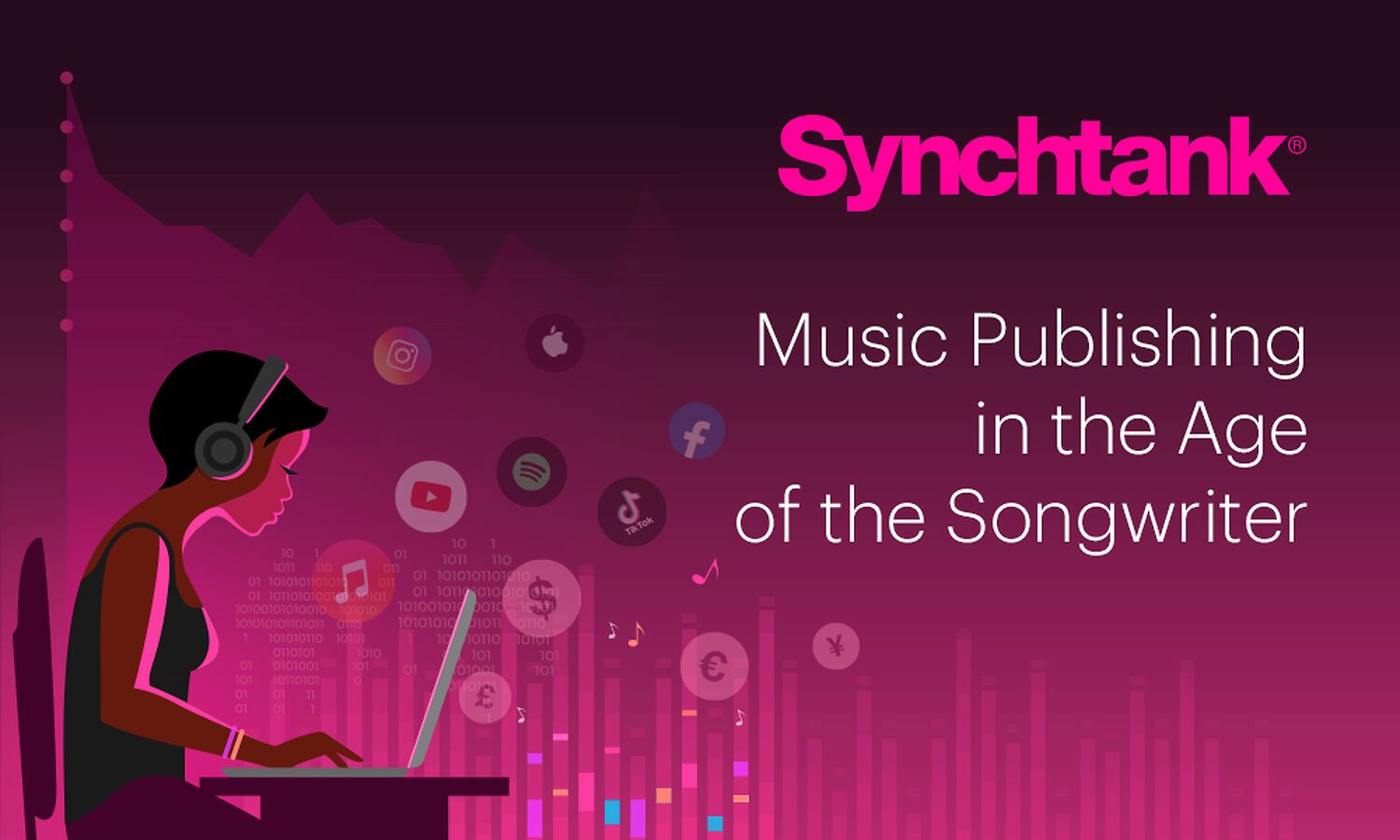 Synchtank: Music Publishing in the Age of the Songwriter

A new report from Synchtank: Music Publishing in the Age of the Songwriter examines the fundamental shifts in the music industry in recent years and what they mean for the future of publishing, from new deal types and services that promote transparency and equality to creating more value for songwriters in the digital age. Through interviews with leading executives and songwriters, the report delivers the most comprehensive analysis of the music publishing industry from the perspective of those leading it and the songwriters it serves. ECSA President Helienne Lindvall also shared her thoughts on the matter in this report. The free report is available here. 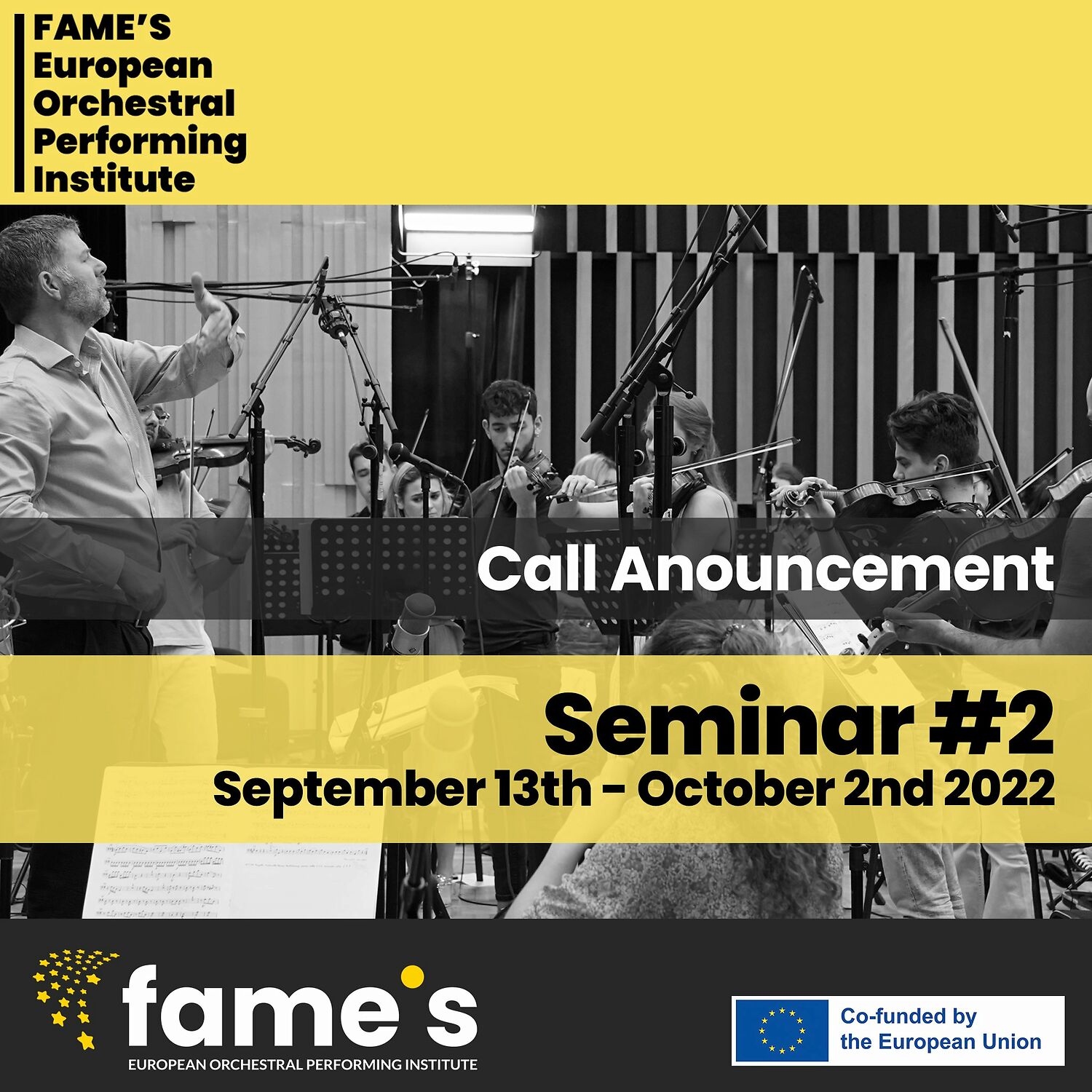 FAME's European Orchestral Performing Institute launches a European Creative orchestral program for talented young orchestral musicians. The program focuses on offering young gifted players the chance to engage in various orchestral practices, as well as to explore new repertoires and performance styles within the Fames Project - dedicated studio for orchestral music recordings. The program provides a high professional level of training, mentorship, and performance using innovative approaches and methods based on the expertise of all participating partners. The Seminar #2 will take place from 13th September till 2nd October, 2022 in Skopje, North Macedonia. Read more on the programme and requirements here.

The International Sound Awards (ISA) promote innovative, smart and useful sound projects, products and services that contribute to the motto: Make The World Sound Better! In July 2022, the ISA announced the first jury results of the International Sound Awards 2022. The submissions were received from 14 different countries and, eventually, 23 projects in 7 categories managed to convince the jurors and claim a Better Sound Award 2022. This also makes them potential candidates for a ISA2022 Winner or Grand Prix prize. You can have a look at the detailed descriptions and case videos of the Better Sound projects here. The ISA2022 Winner and Grand Prix distinctions will be announced on 15th September. 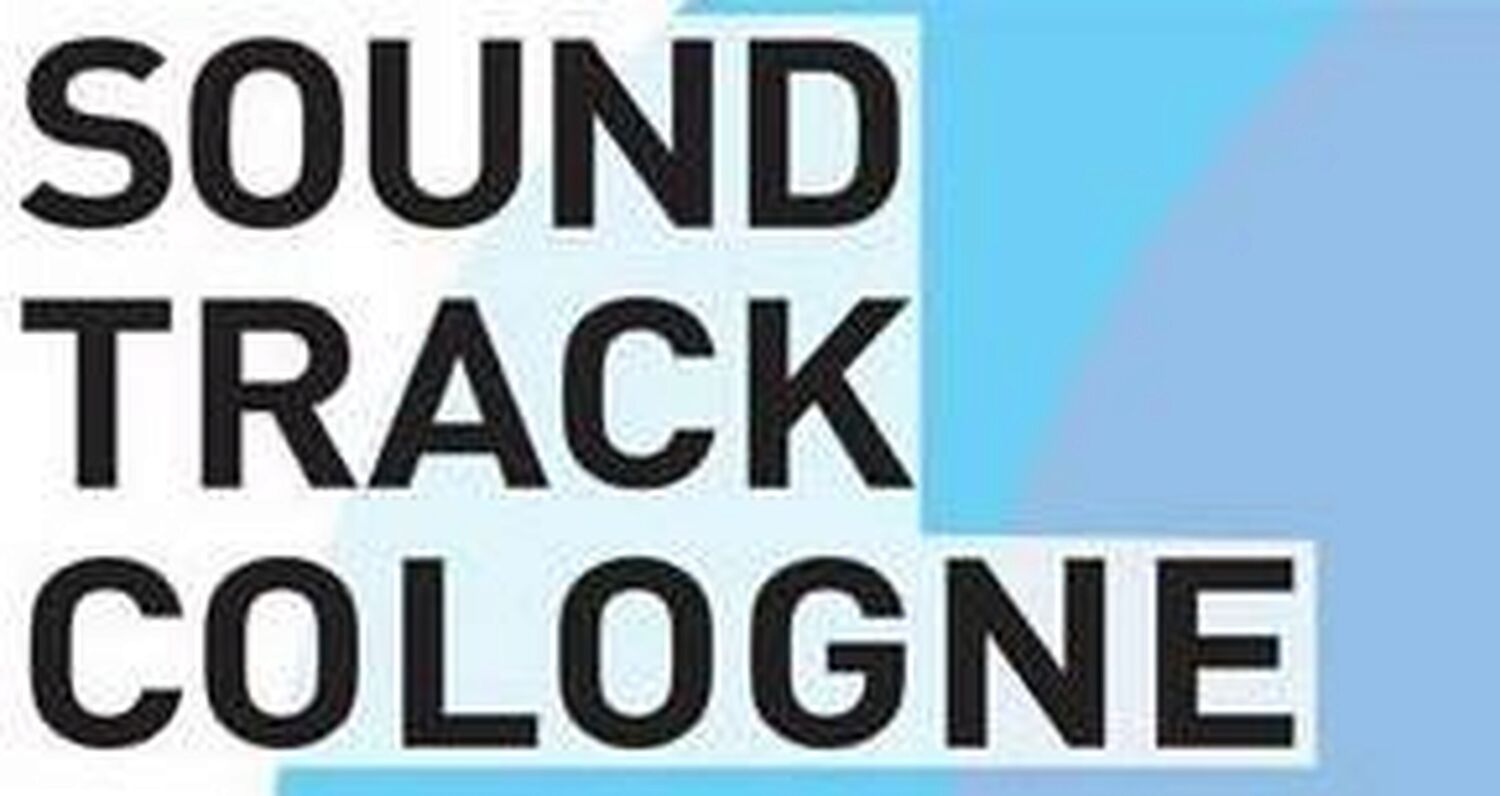 SoundTrack Cologne 20: Save the Date!

SoundTrack Cologne announced the date for its 20th edition! From Wednesday 10th to Saturday 13th of May 2023 in Cologne (Germany) at Fritz Thyssen Stiftung. SoundTrack_Cologne is the largest German congress for music and sound in film, games, and media, offering more than 50 round tables, panels, workshops, and networking events. The main focus is set on current developments in the culture, law, marketing, and techniques of media music, as well as business cases, professionalisation, and networking. 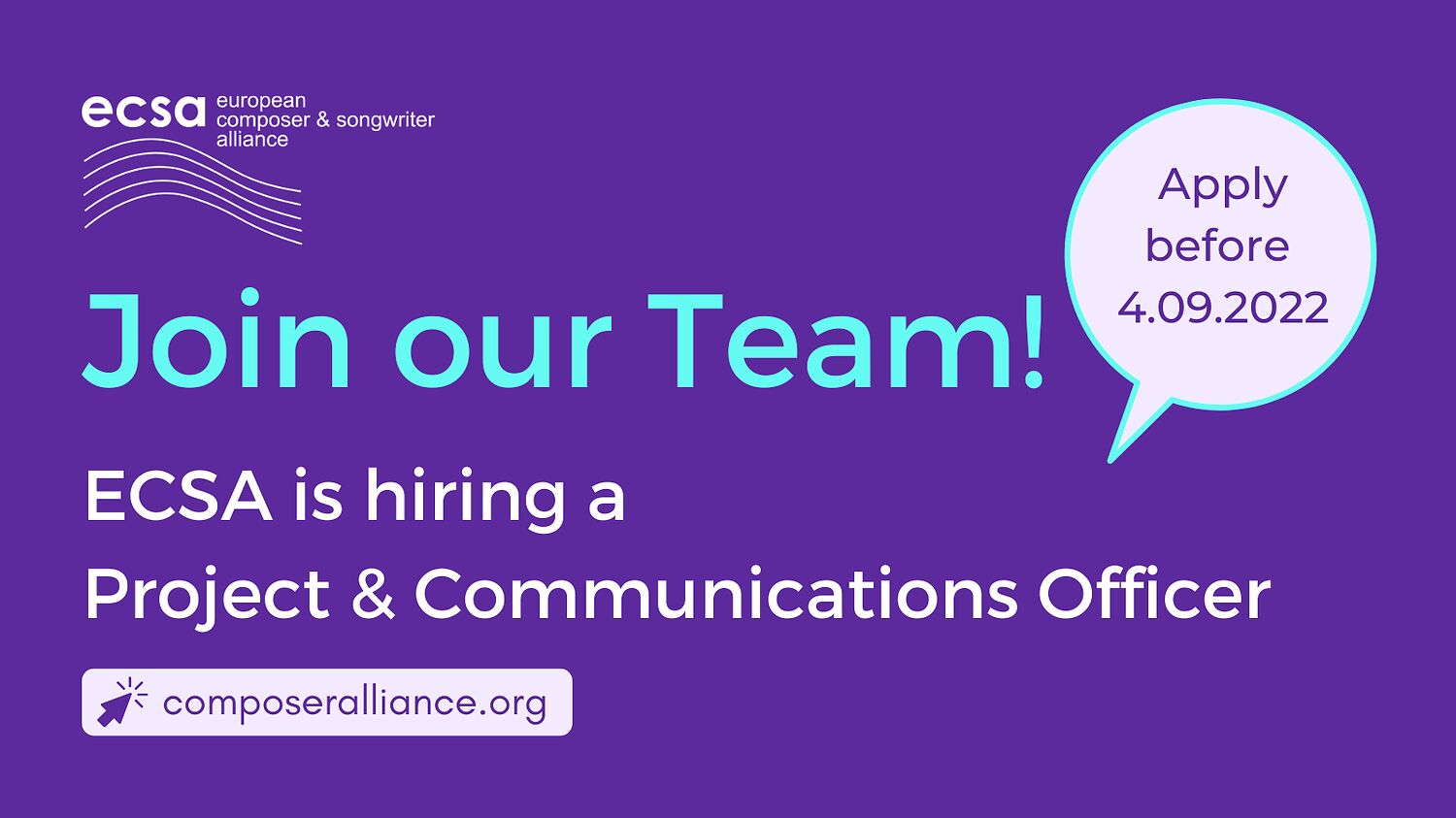 ECSA is recruiting a Project & Communications Officer to join its Brussels-based office for a period of one year with the possibility of future extension. The Project & Communications Officer position requires experience in EU project management and communications. Knowledge of advocacy, authors’ rights and EU decision making process are considered as a definitive asset. Find out more here and apply before 4th September! Starting date: 3rd October 2022.