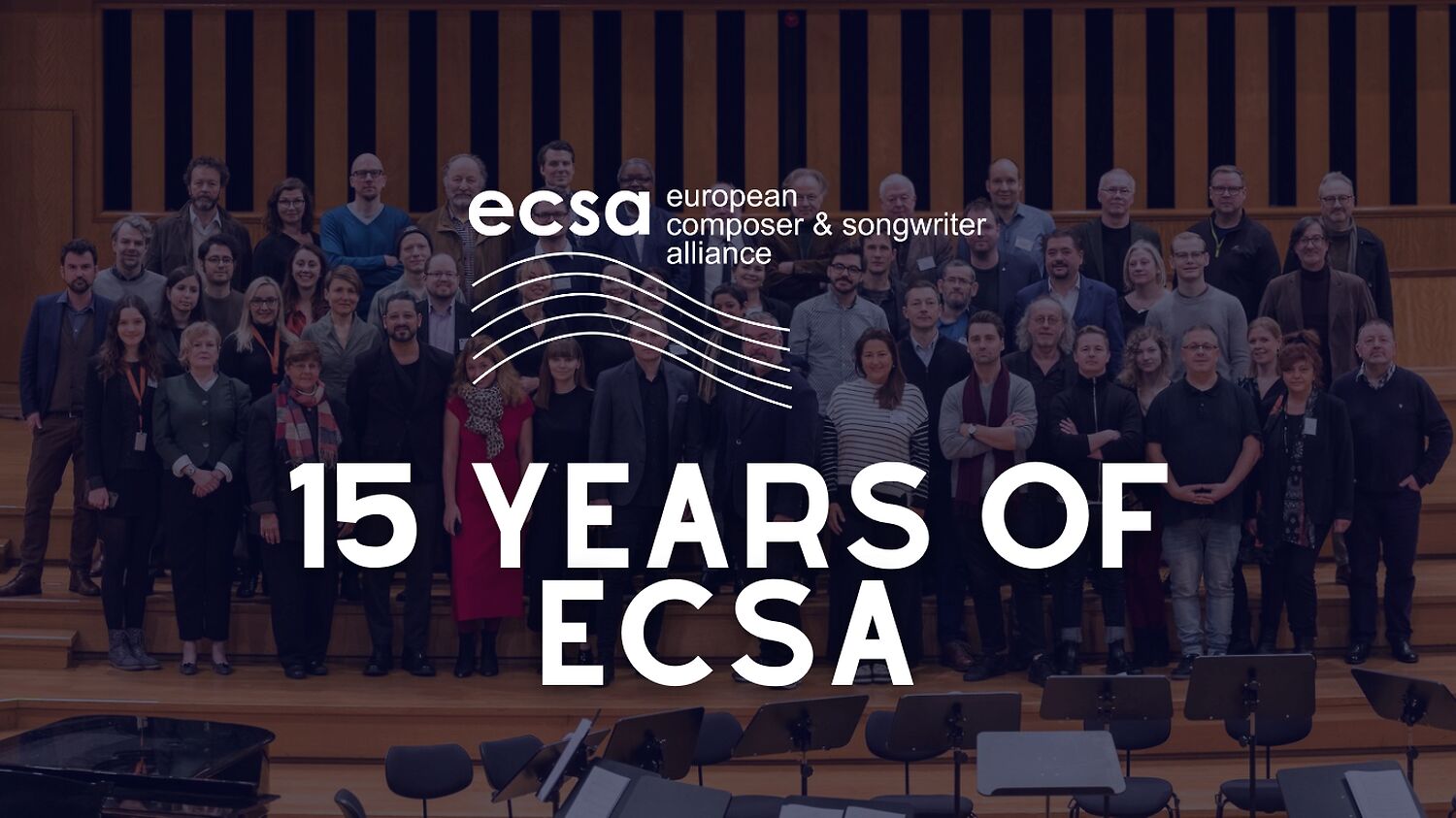 Today we take a moment to celebrate the European Composer & Songwriter Alliance as our Honorary President Alfons Karabuda takes us on a journey among the accomplishments of the past fifteen years.

It is such a privilege to have been part of and entrusted to lead ECSA as President during these 15 years. I remember an organisation with highly dedicated members wanting to influence and make a difference but realising first having to break through the lobbying noise of Brussels and make their voice heard and trusted to be able to open the doors of power where relevant decisions were made. - Alfons Karabuda (ECSA’s Honorary President) 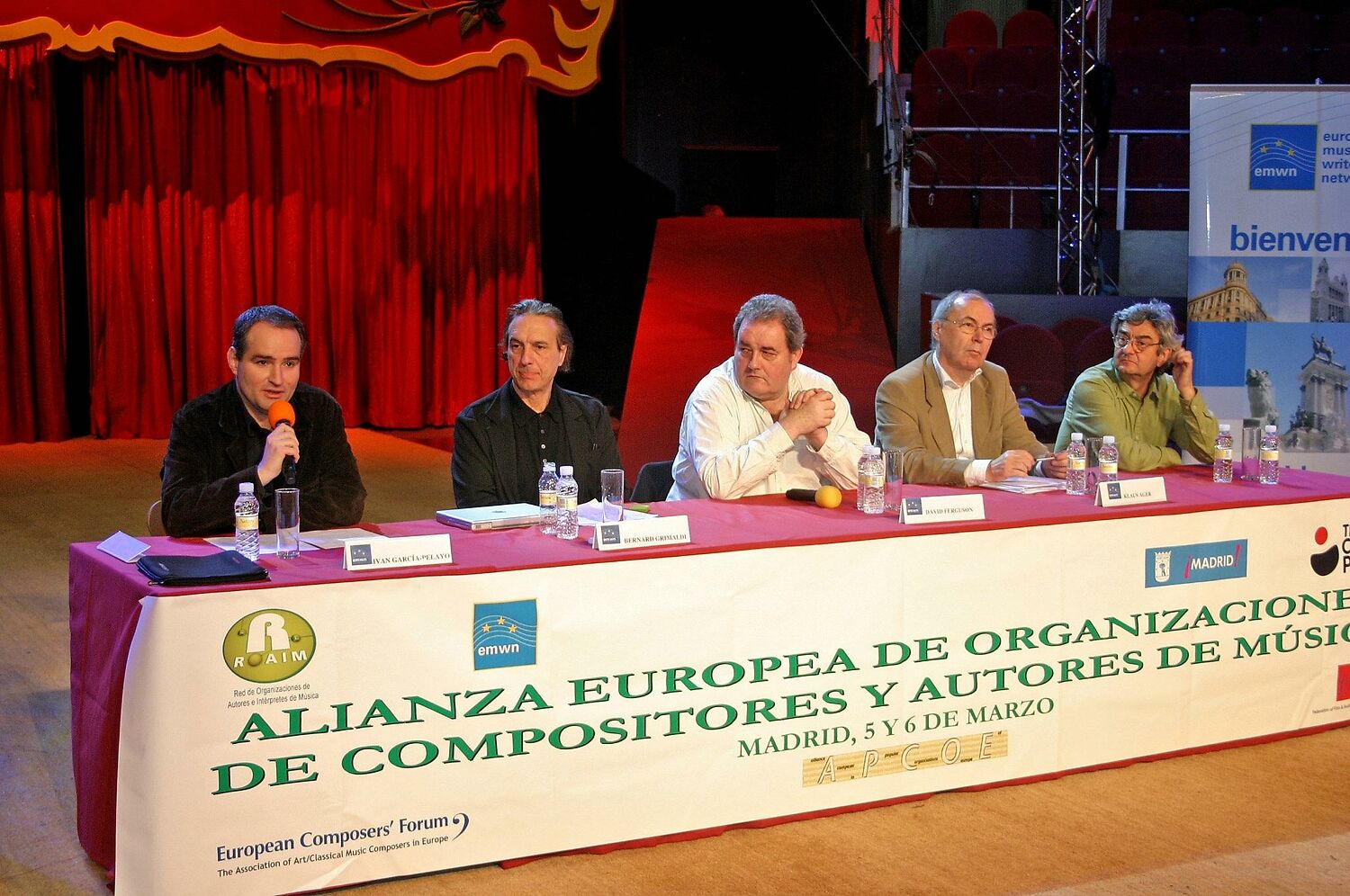 After ECSA was officially established as an Alliance at the Teatro Circo Price in Madrid in 2007, we started becoming more and more involved with advocating for the rights of music authors at European and International level.

In the process of the Copyright Directive alone, we systematically strengthened our unified voice of the European music authors through different tools such as our own Creators Conference attracting influential policymakers and with us winning the first prize “International Conference, Brussels” for one of the editions, even more so. 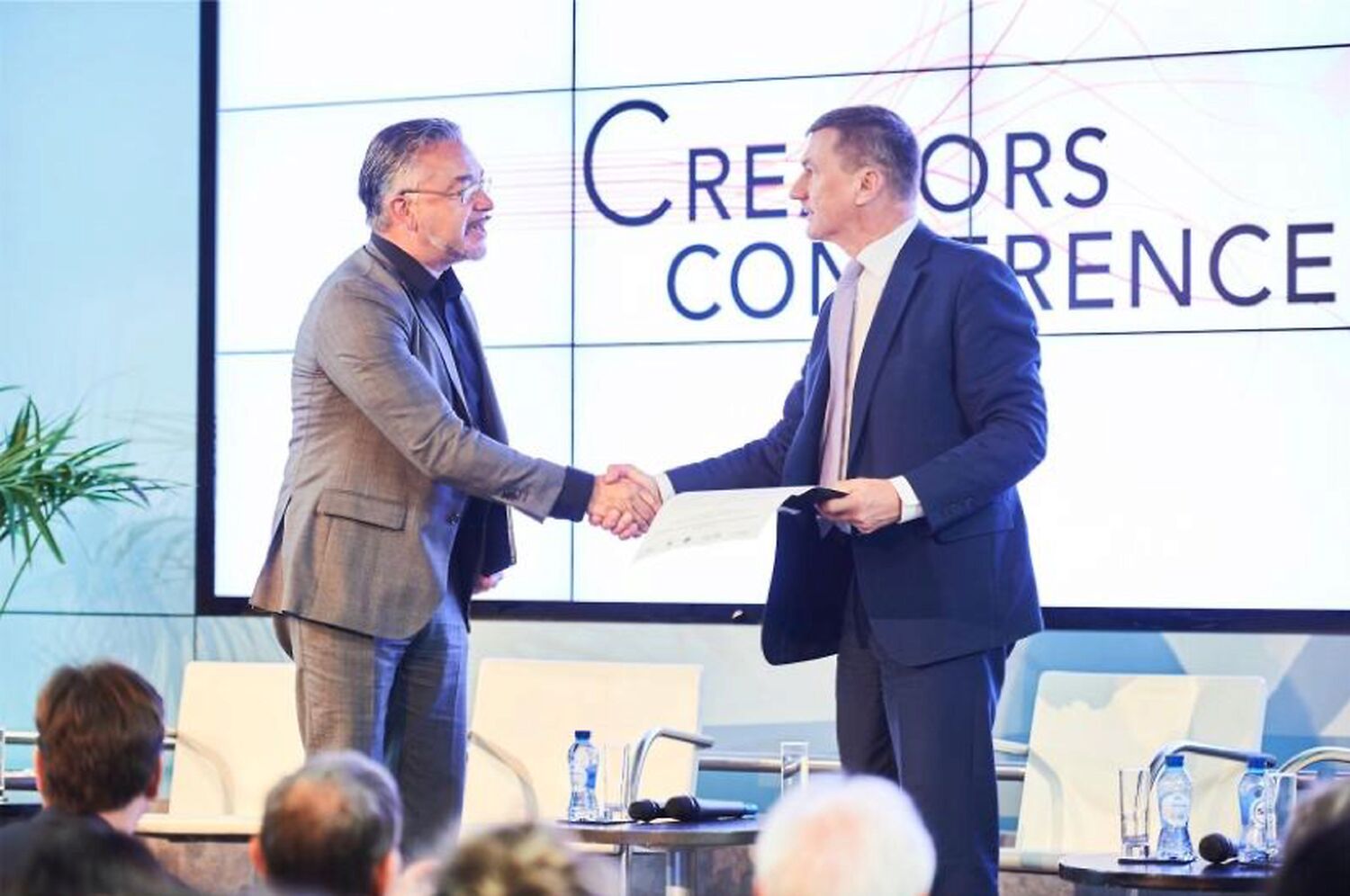 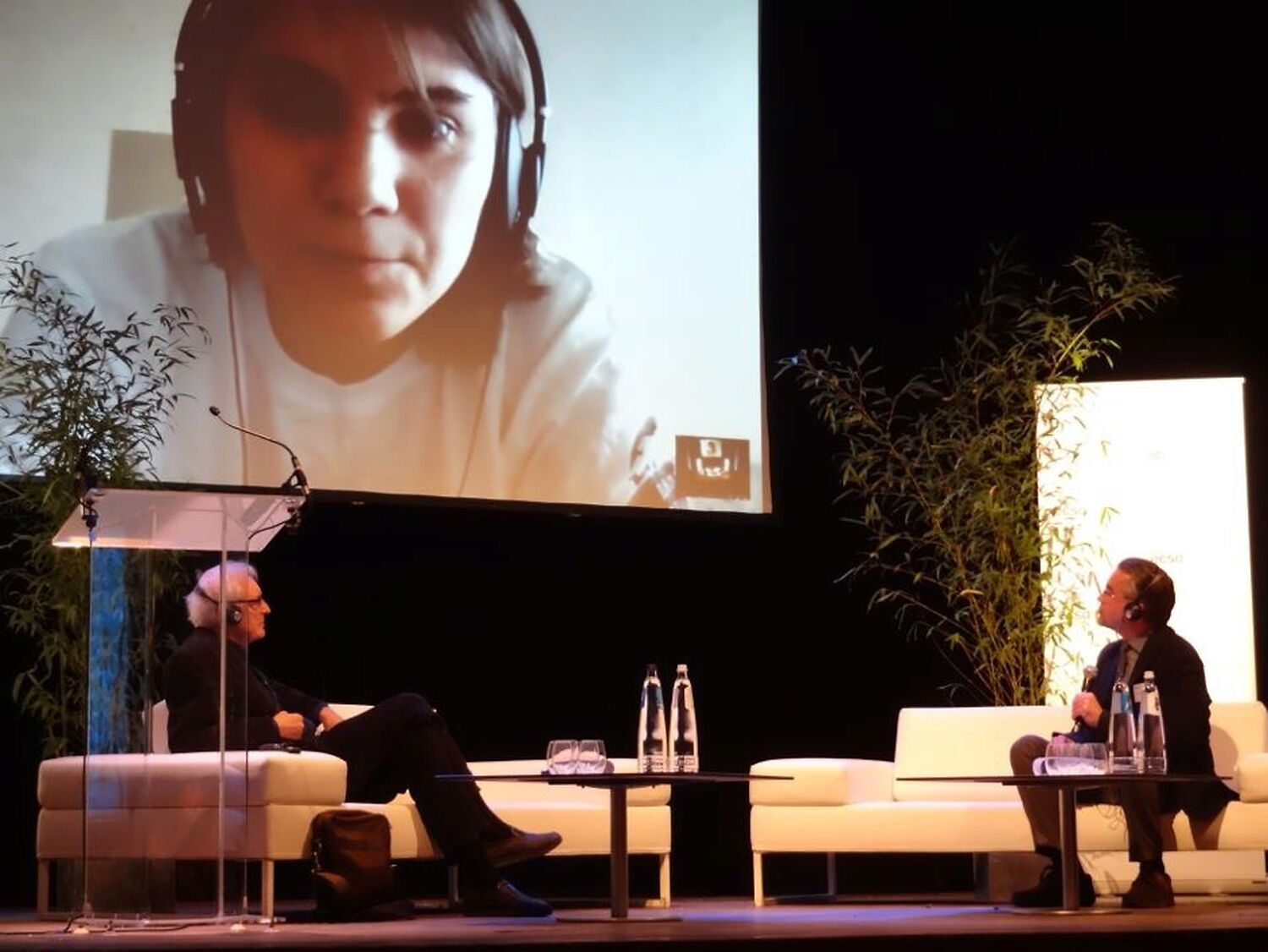 This was an important event giving witness to the importance of authors' rights as a tool to strengthen freedom of speech and not the opposite as especially some from the Pirate Party claimed back then. 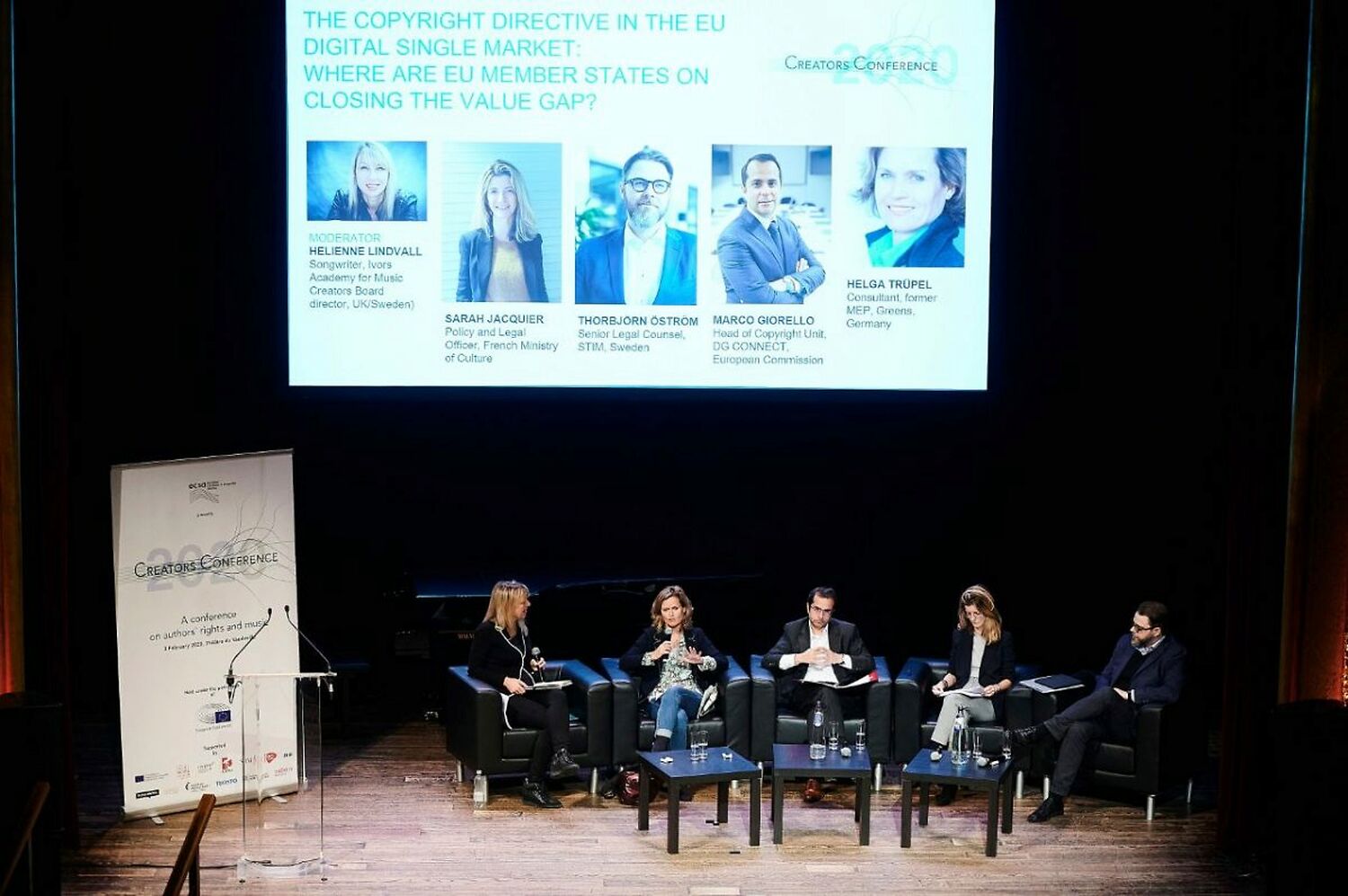 In this regard, 2019 was a very special year for all of us with the final adoption of the Copyright Directive. This was the culmination of ECSA’s common efforts to defend and promote music authors in the EU and the first time that the EU adopts basic standards of transparency and fairness to the benefit of authors. But the fight is not over yet.

ECSA achieved these results in close partnership with “The Authors’ Group”, Europe’s leading Authors’ network representing hundreds of thousands of authors, including writers, literary translators, composers, songwriters, film/TV directors and screenwriters in Europe. The Authors’ Group consists of the following associations: European Composer and Songwriter Alliance (ECSA), Federation of European Film and TV Directors (FERA) and Federation of Screenwriters in Europe (FSE), the European Writers’ Council (EWC) and with all of us speaking with one voice our meetings were now on the highest level. 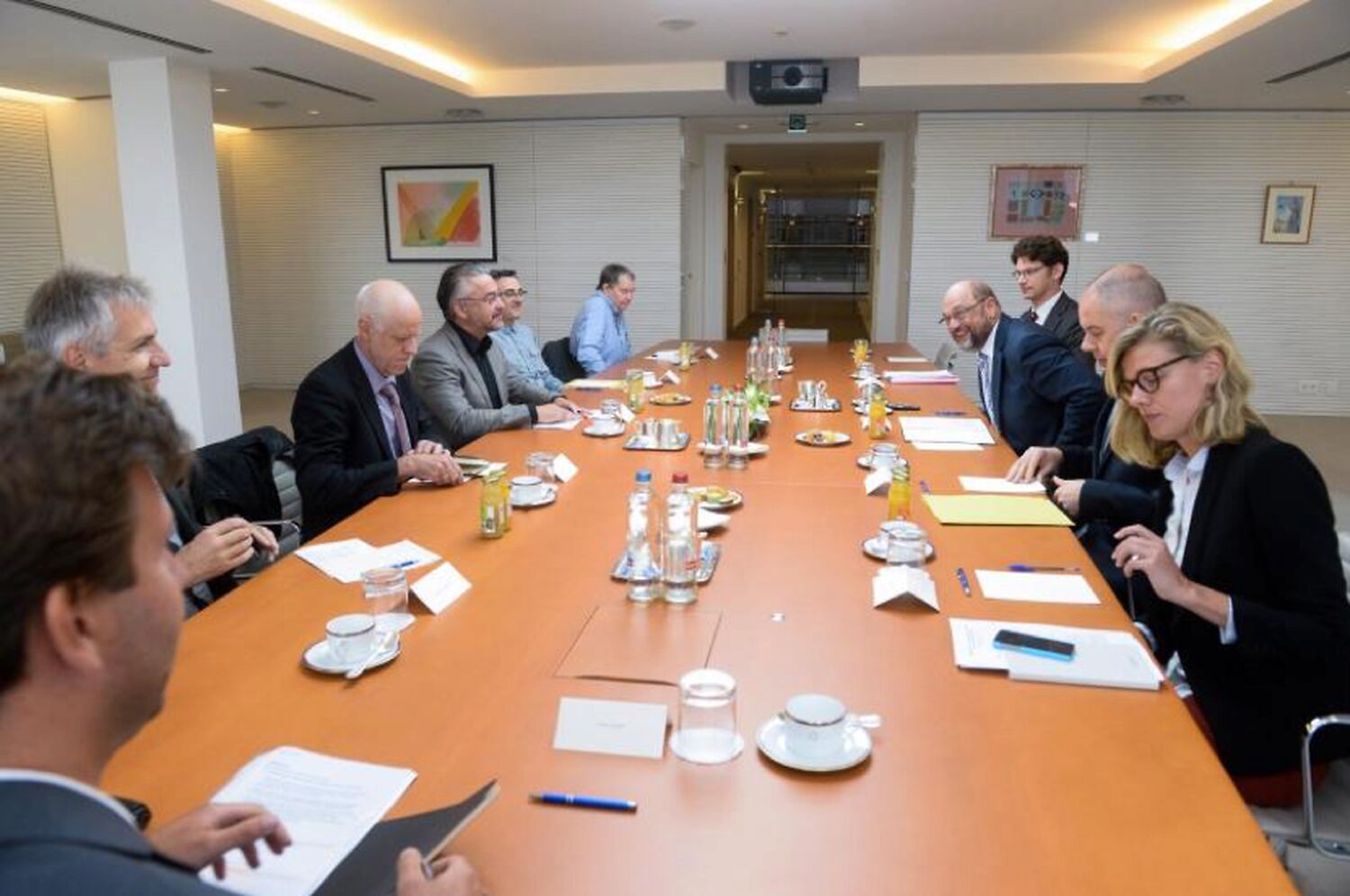 Here with President of the European Parliament Martin Schulz.

What has informed, convinced and inspired me the most are the true testimonies from my colleagues. Their contribution to our work cannot be underestimated. A couple of these meetings I know made a difference were with Björn Ulveaus (ABBA) and Phil Manzanera (Roxy Music etc). 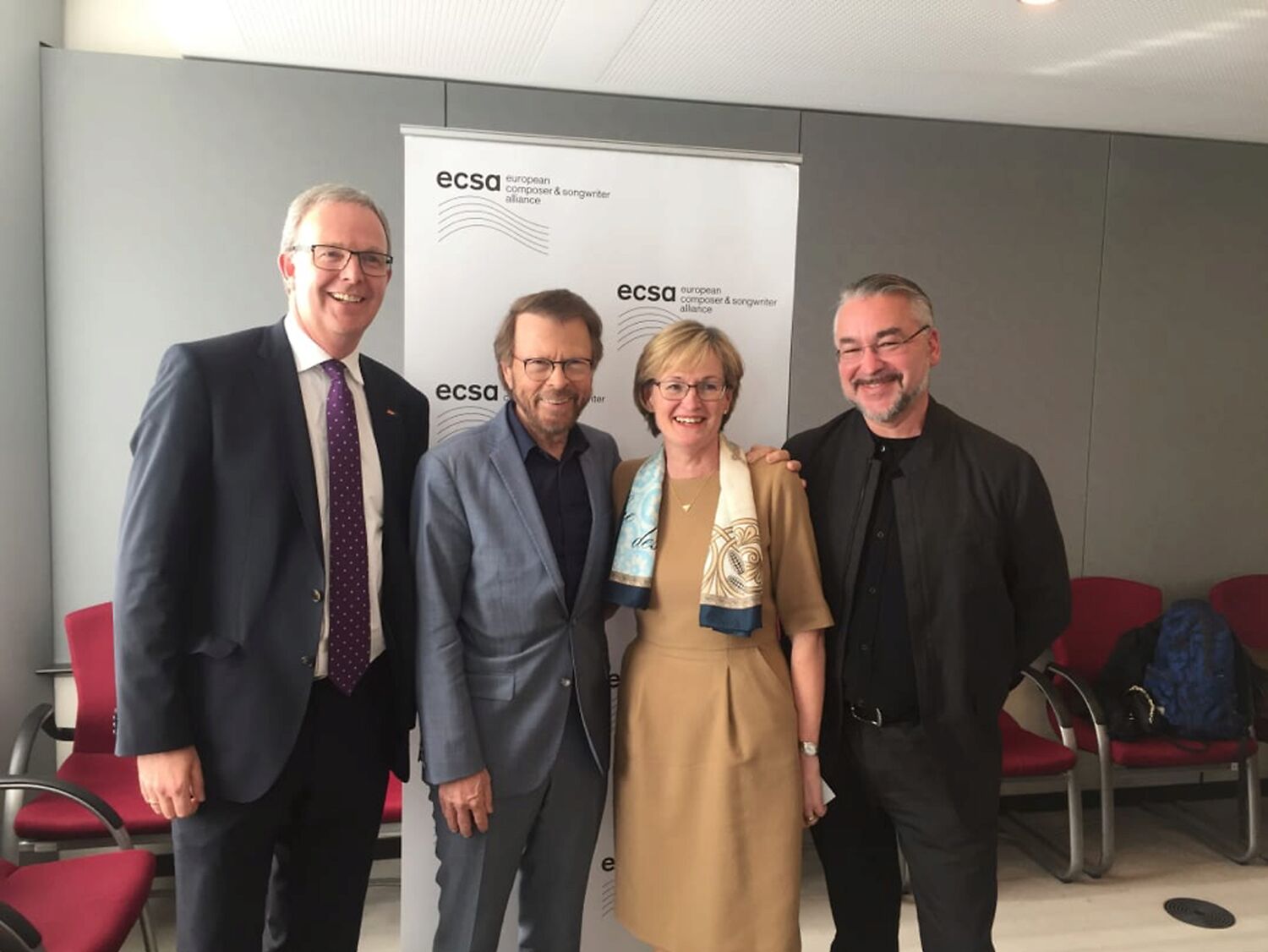 Composer, songwriter and ABBA-member Björn Ulvaeus joined ECSA President Alfons Karabuda and MEP Axel Voss (Rapporteur on the 2019 EU Copyright Directive) in a call to close the value gap and make sure that online platforms fairly remunerate creators. Around 40 participants from the European Parliament, including the first Vice-President of the European Parliament Mairead McGuinness (in the picture) participated in the exclusive exchange. 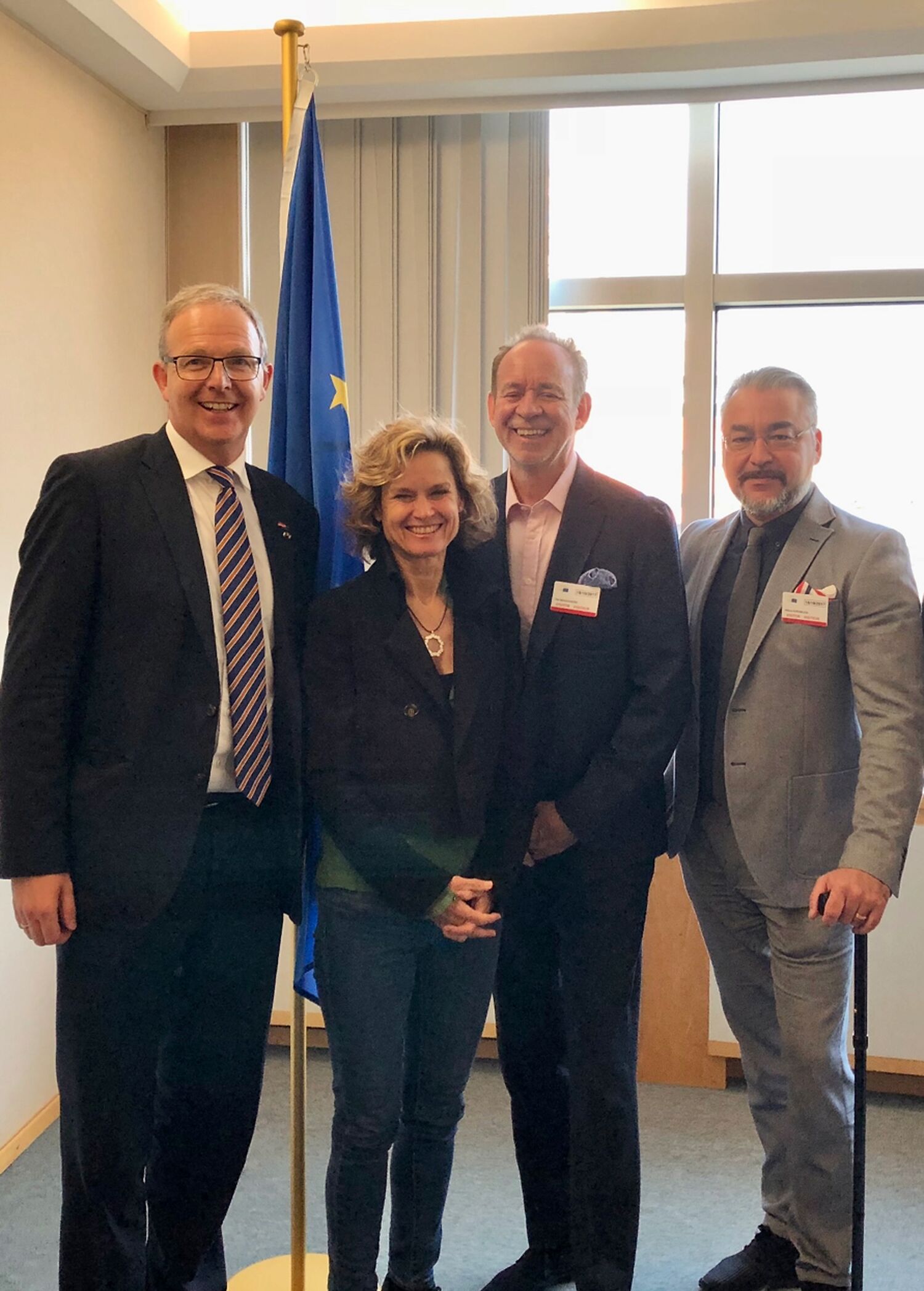 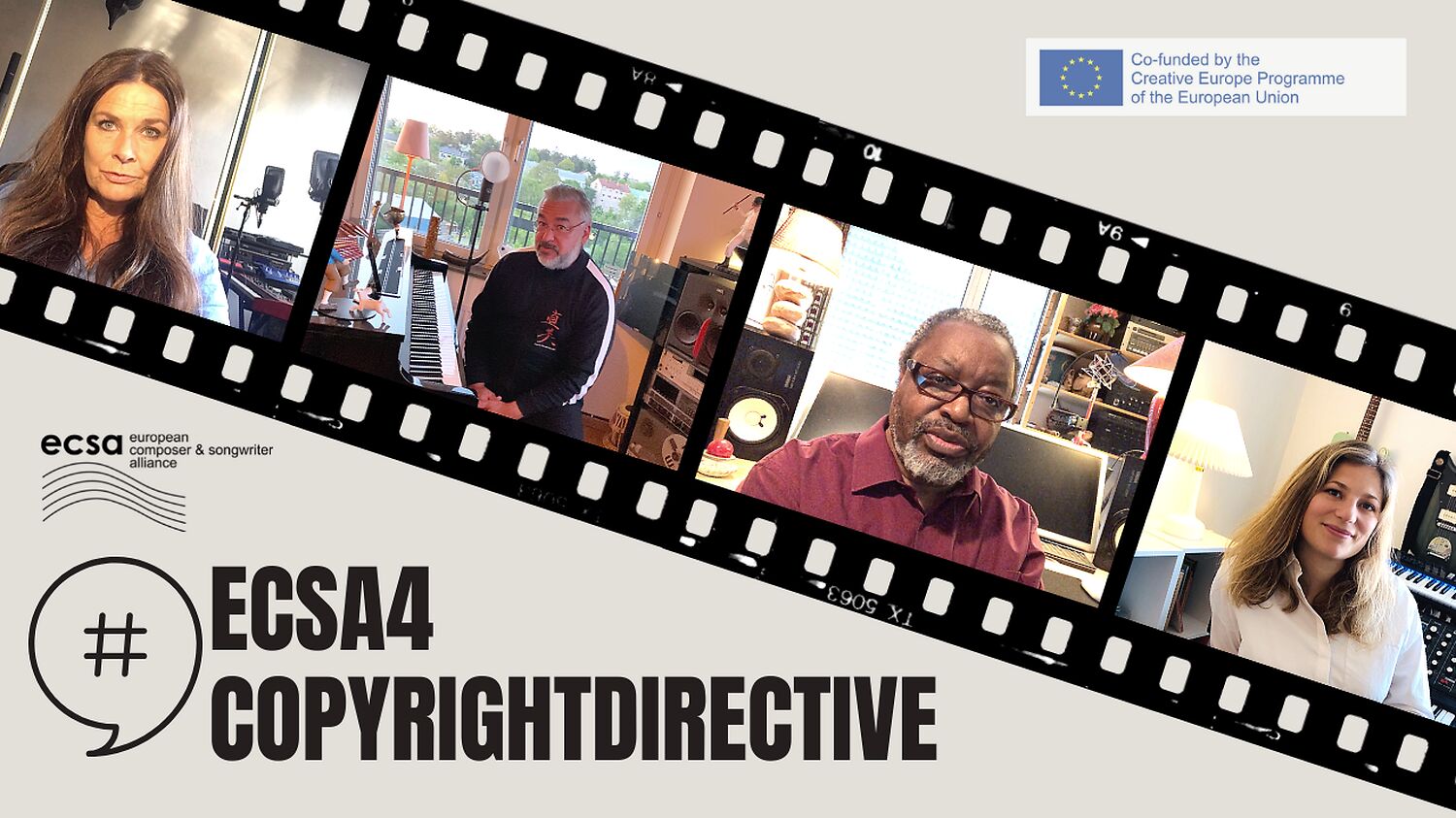 With the #ECSA4CopyrightDirective video initiative in 2020, ECSA Members called for an ambitious and faithful implementation of the Copyright Directive for all creators. 23 representatives from 18 different countries participated in the video. Watch it here.

With time, ECSA became a natural expert voice in media on the topic of Copyright and the prerequisites for flourishing music and culture in Europe. 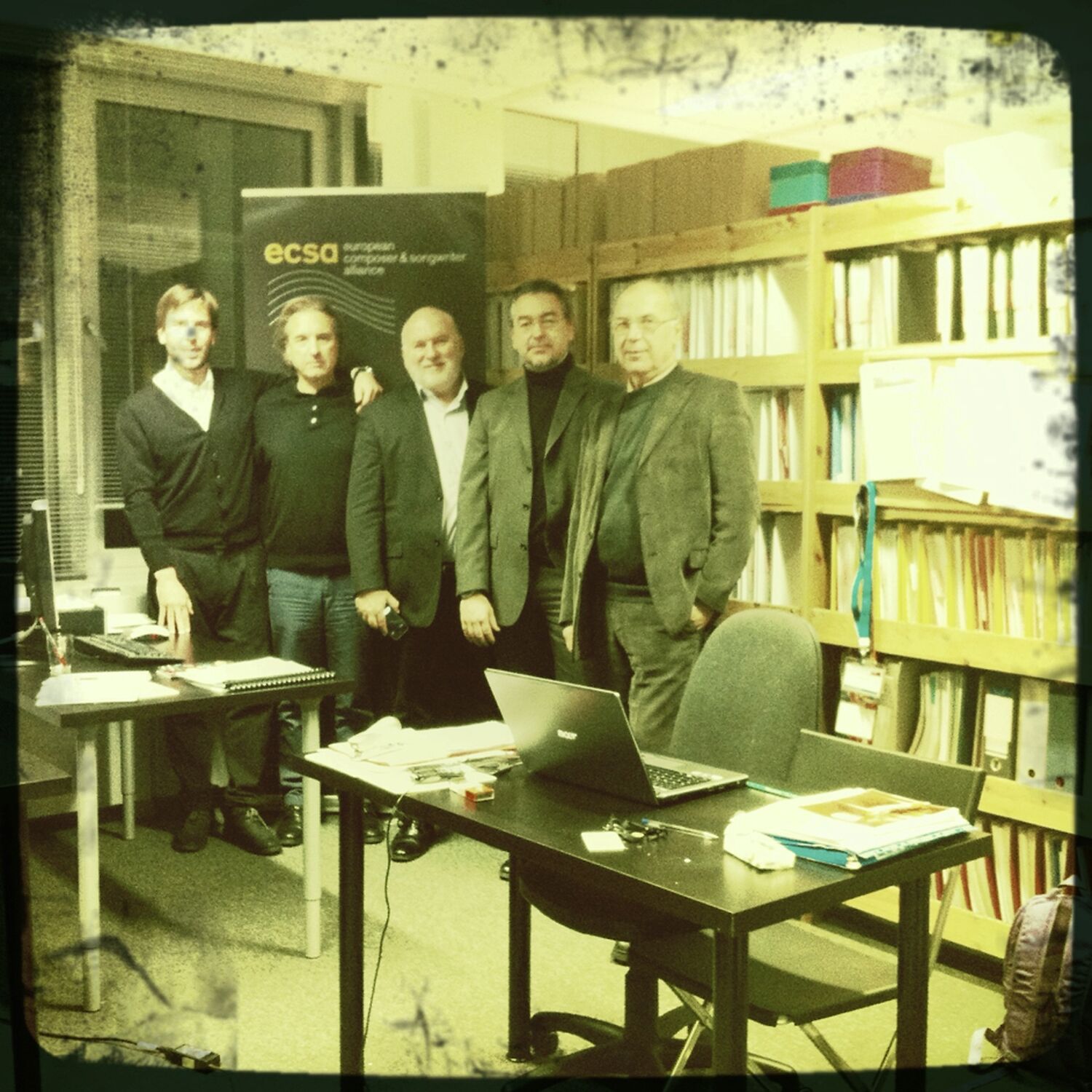 So not a bad trip from the little office corner in a room shared with multiple organisations, where I remember the first ECSA sign by the door came misspelt but, without finances to change it, we left it for years as: The European Composer and “Songwritter” Alliance.

Have a look at some memories below. 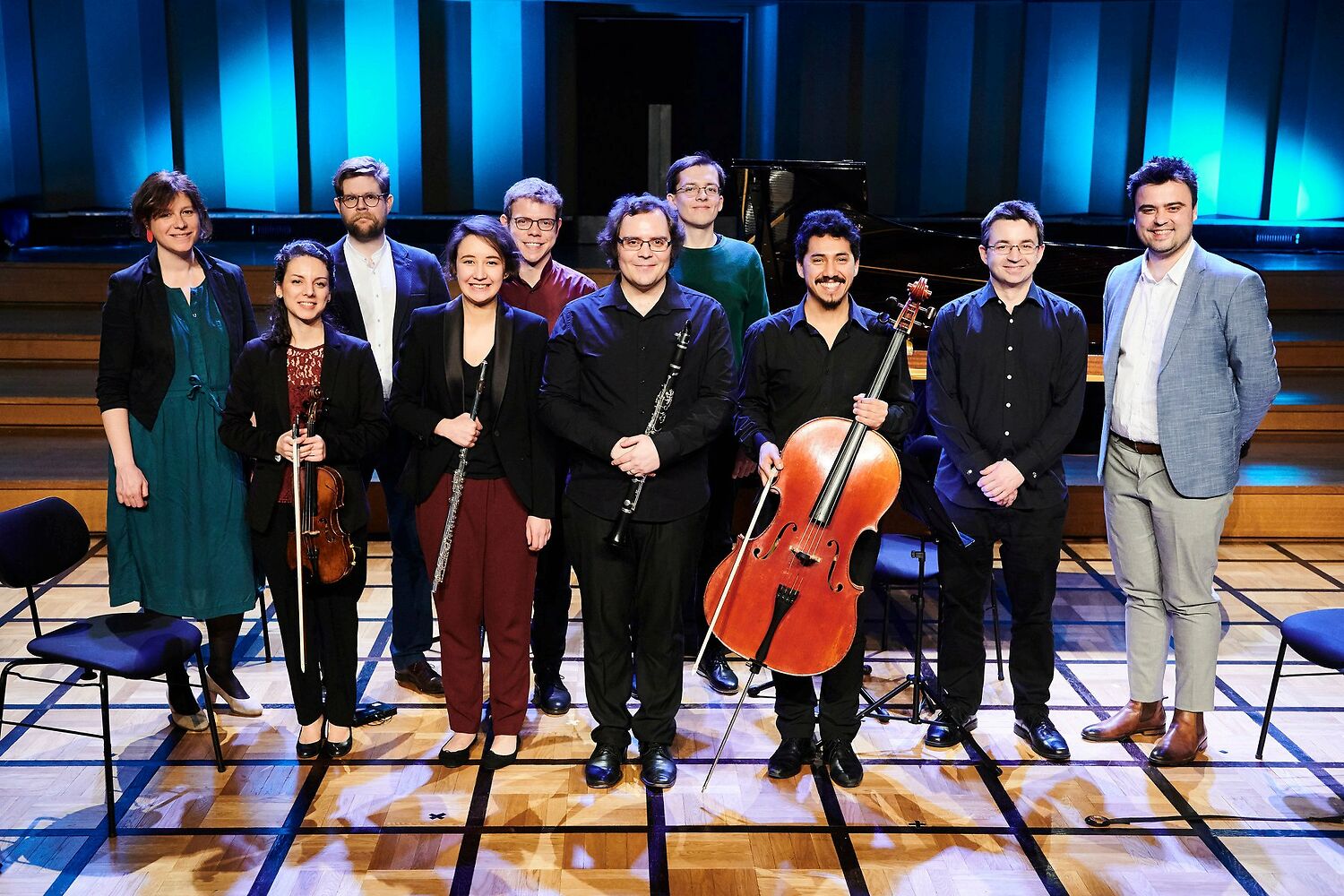 The Ensemble Fractales and some of the composers selected for the ECCO Concert in February 2020 in Brussels. 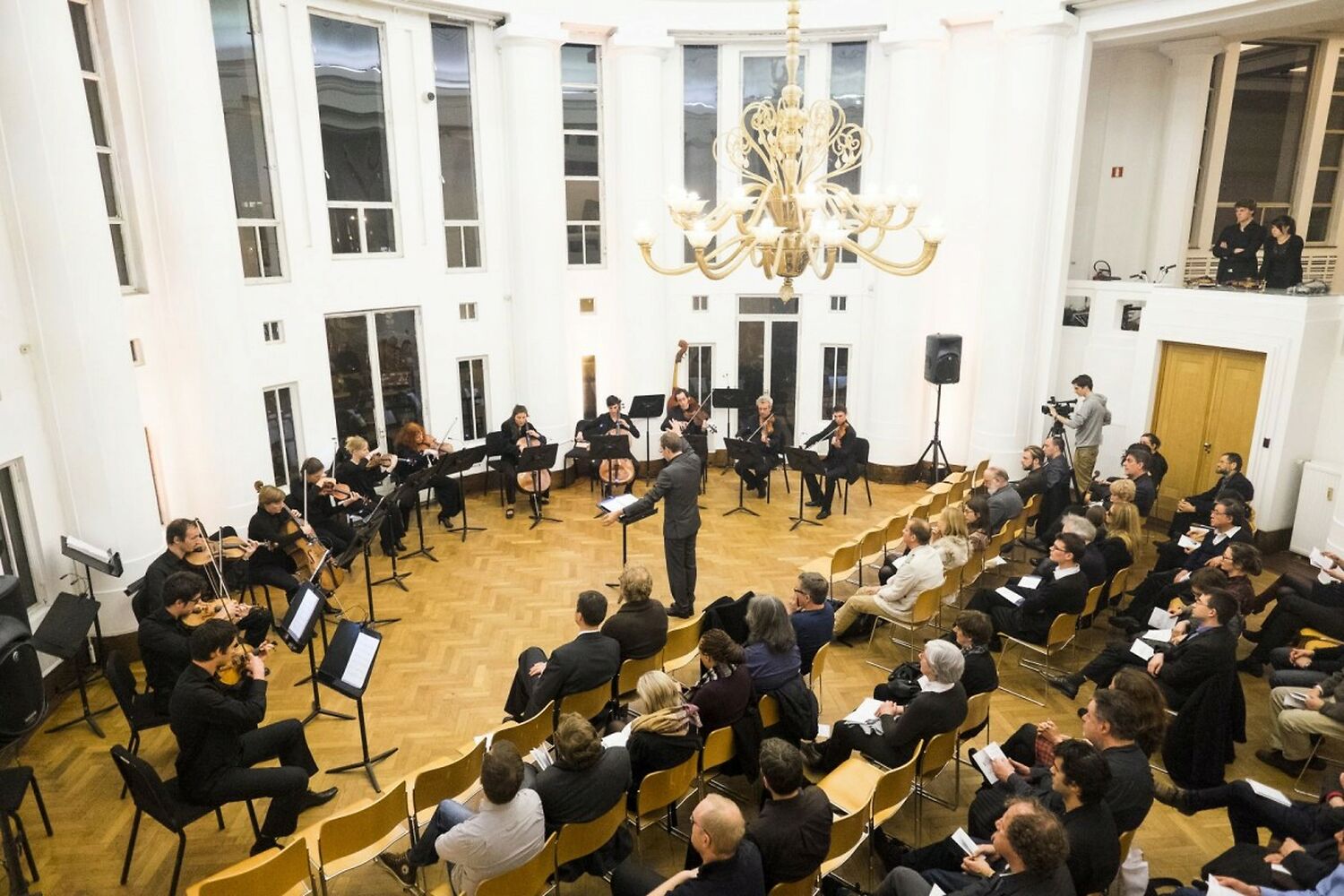 The ECCO Concert in 2015 in Brussels with the Sturm und Klang Ensemble. 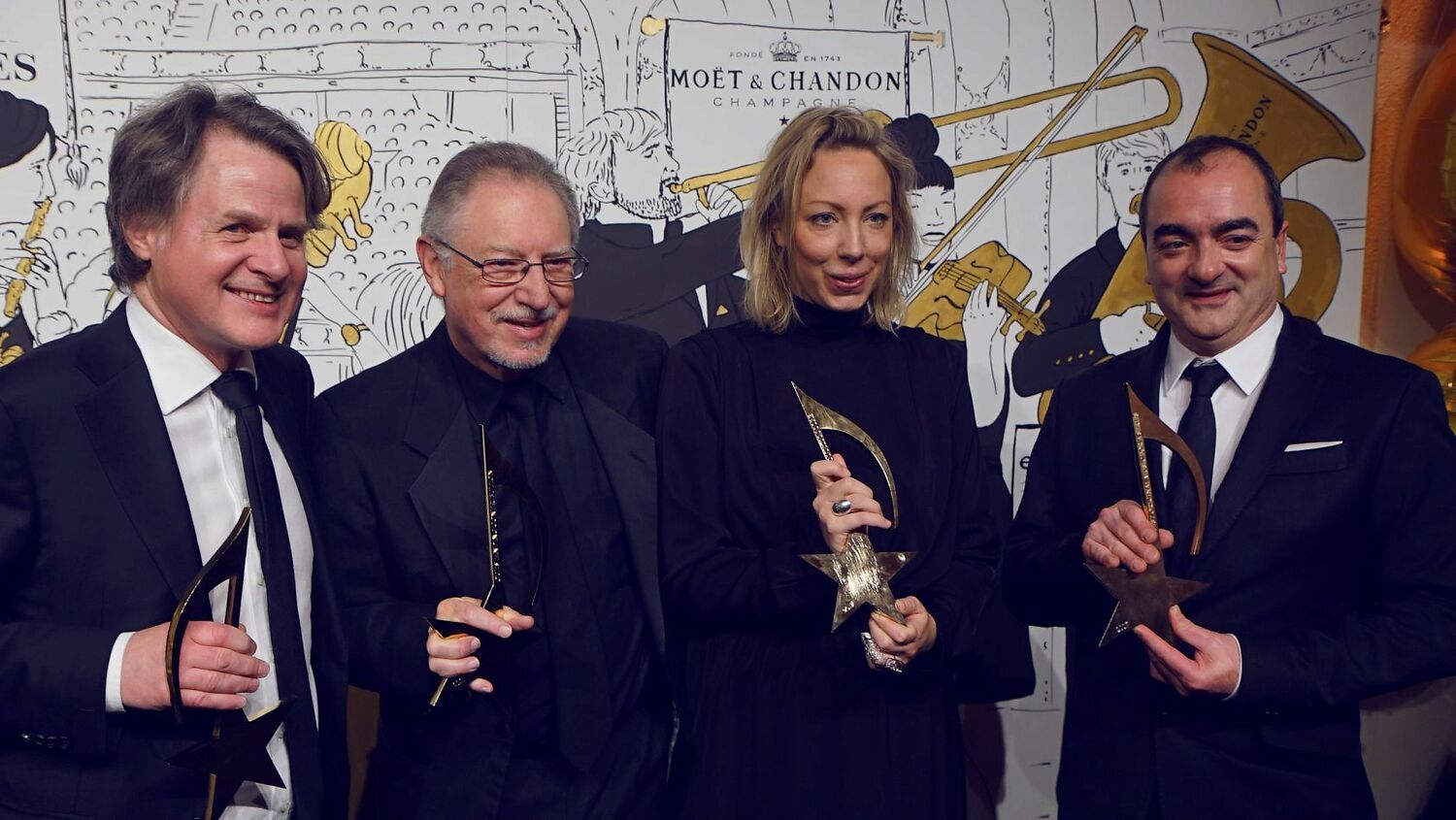 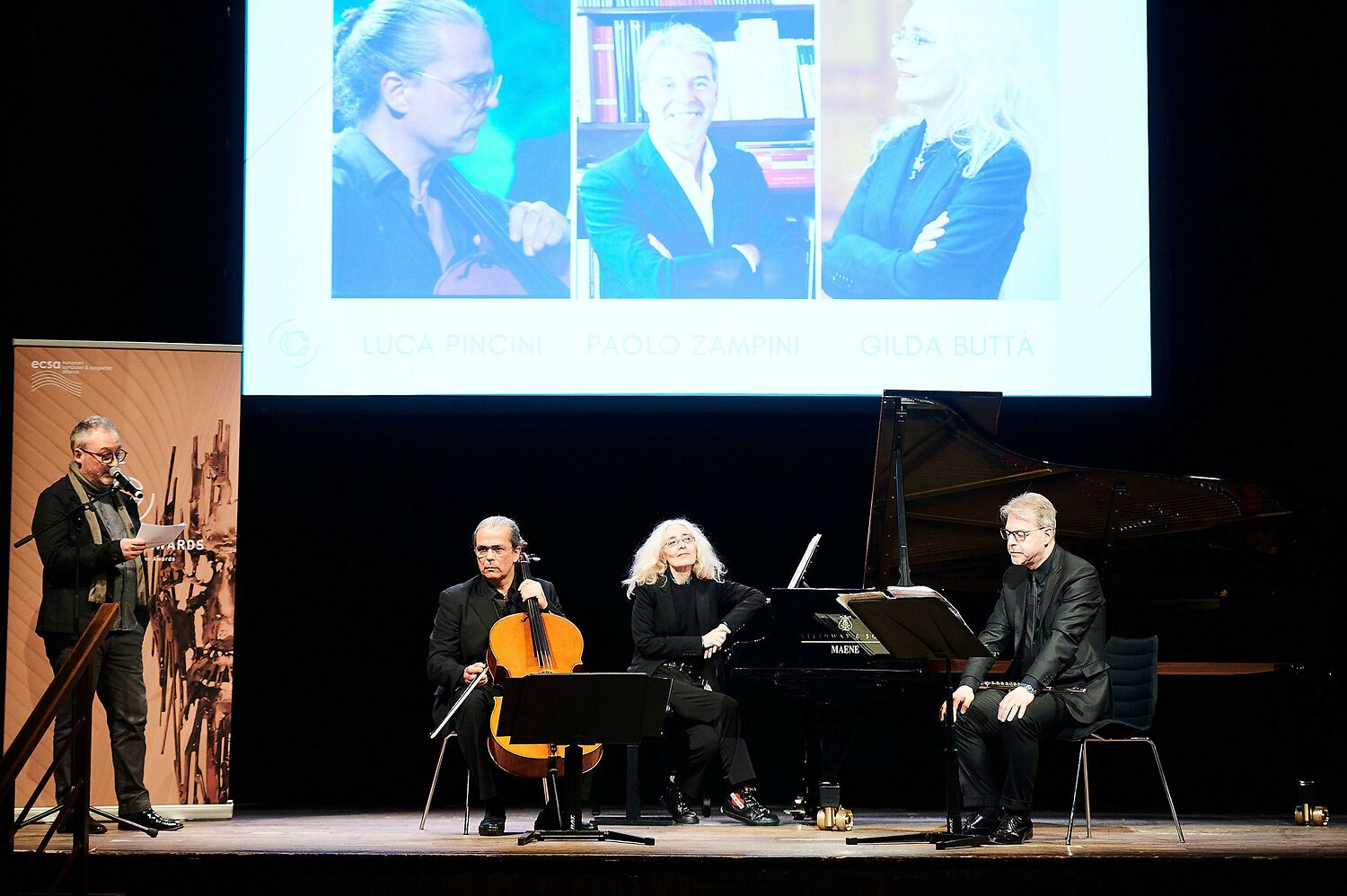 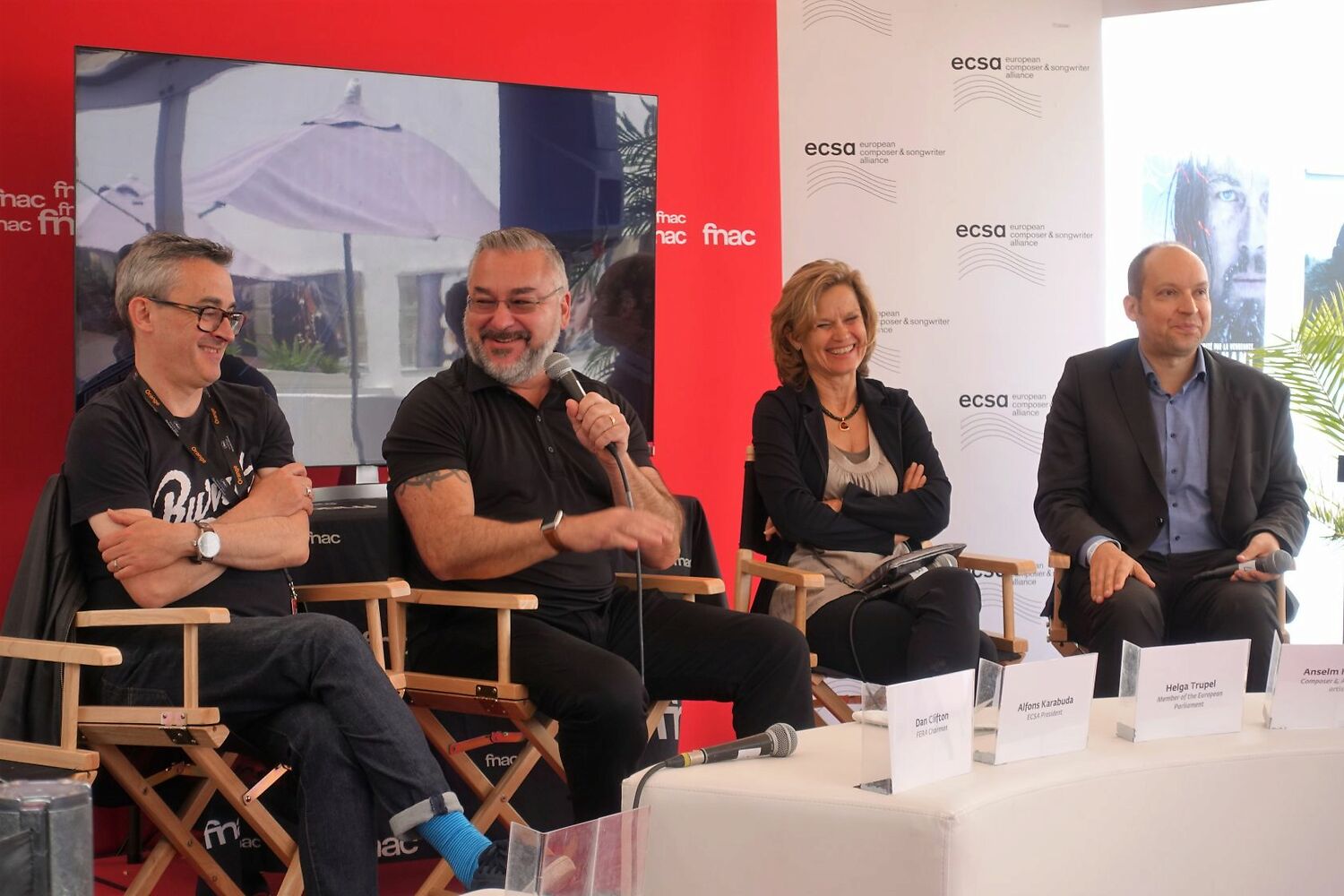 Here at the European Film Music Day in Cannes, 2019.

Here the Roundtable with representatives from Google in 2016. 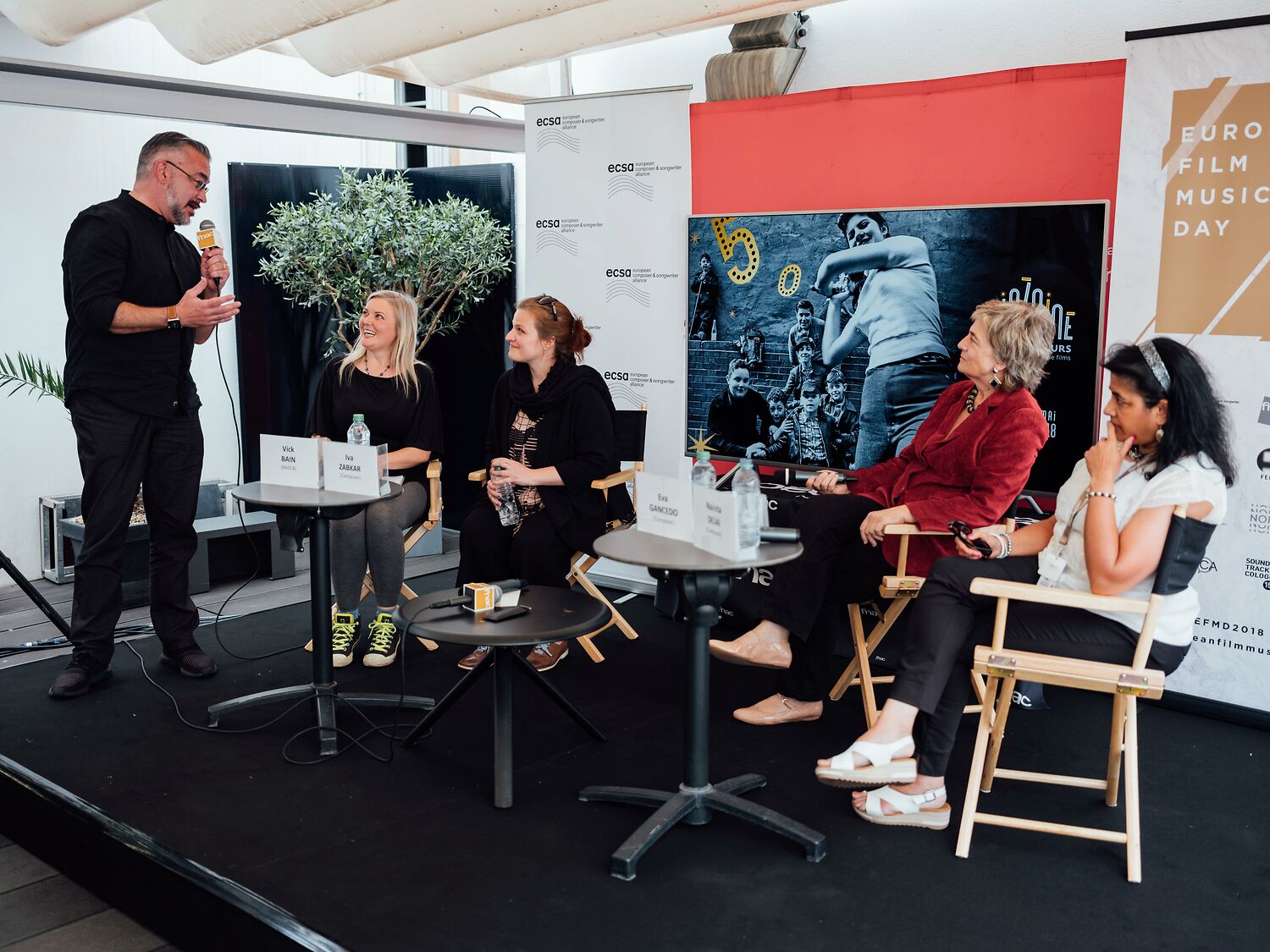 Here one of the panel discussions of the European Film Music Day in 2018.  With Alfons Karabuda, Vick Bain, Iva Zakbar, Eva Gancedo and Nainita Desai.

Let us thank first and foremost the European Union's Creative Europe Programme for its invaluable support for all these activities throughout the years, which would have not existed without its support.

We would also like to acknowledge all ECSA external project partners, supporters and friends and last but not least all our members for their participation, dedication and engagement throughout these fifteen years.

Below find some pictures from our ECSA Sessions and members meetings throughout the years. 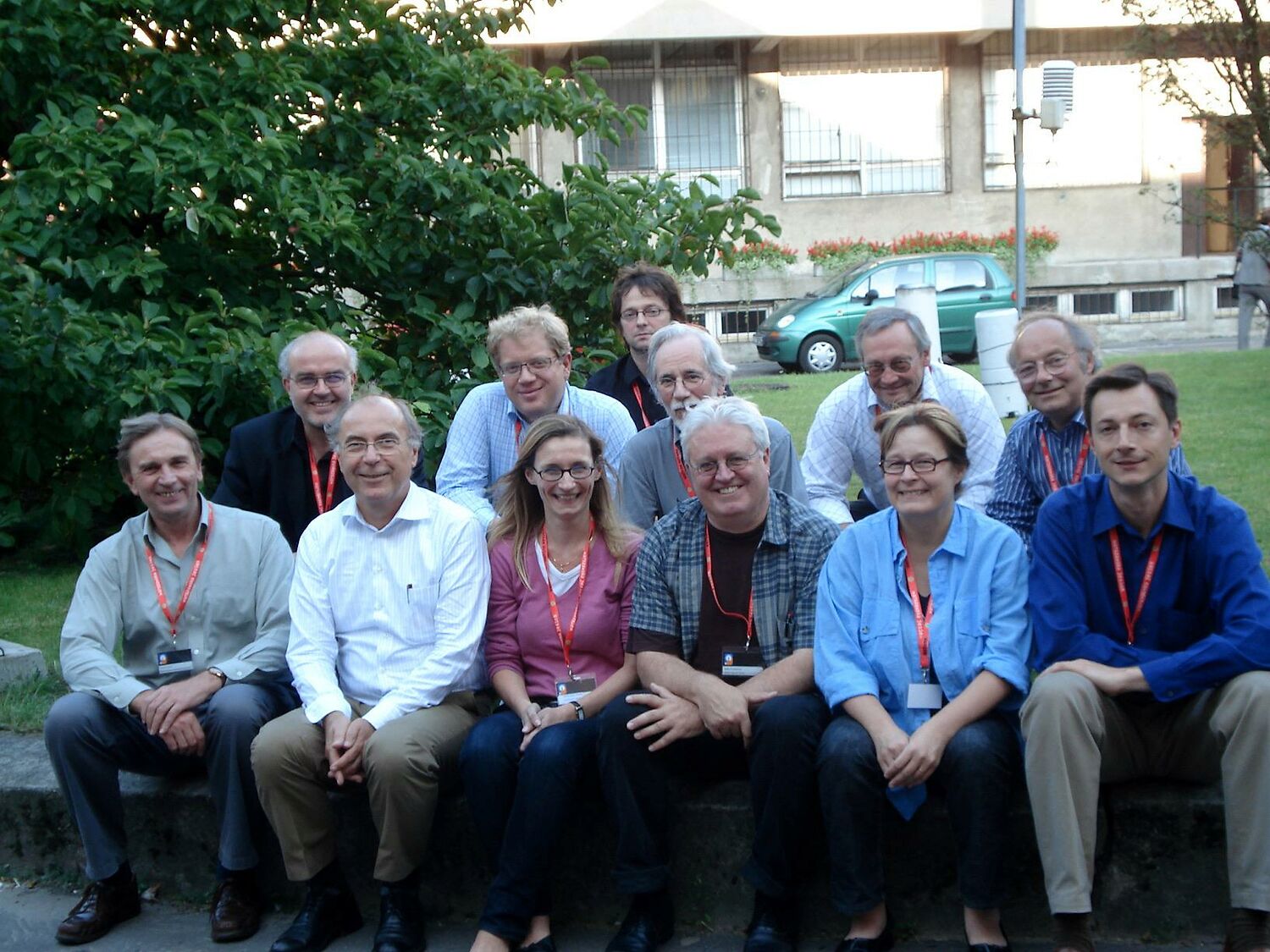 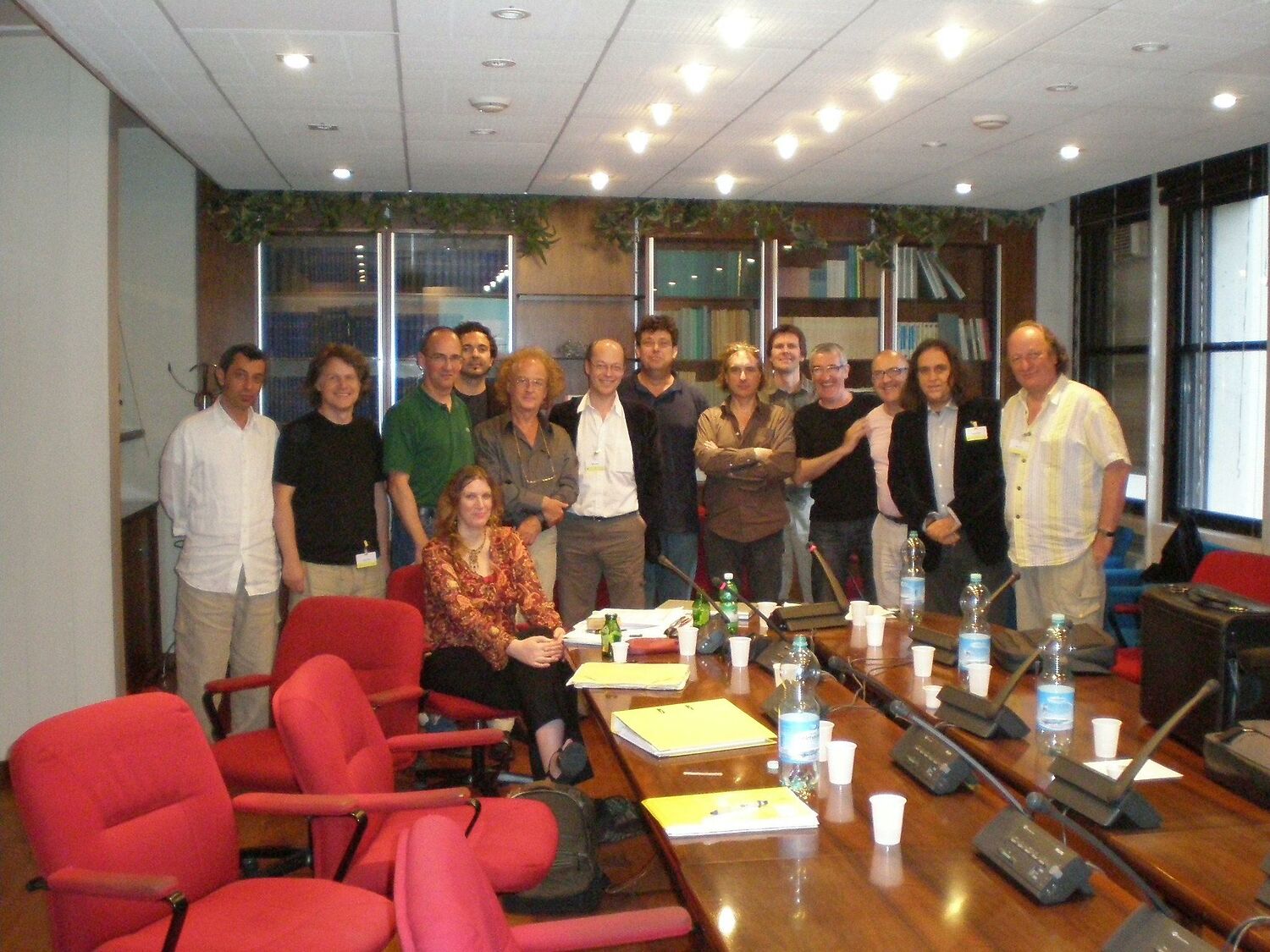 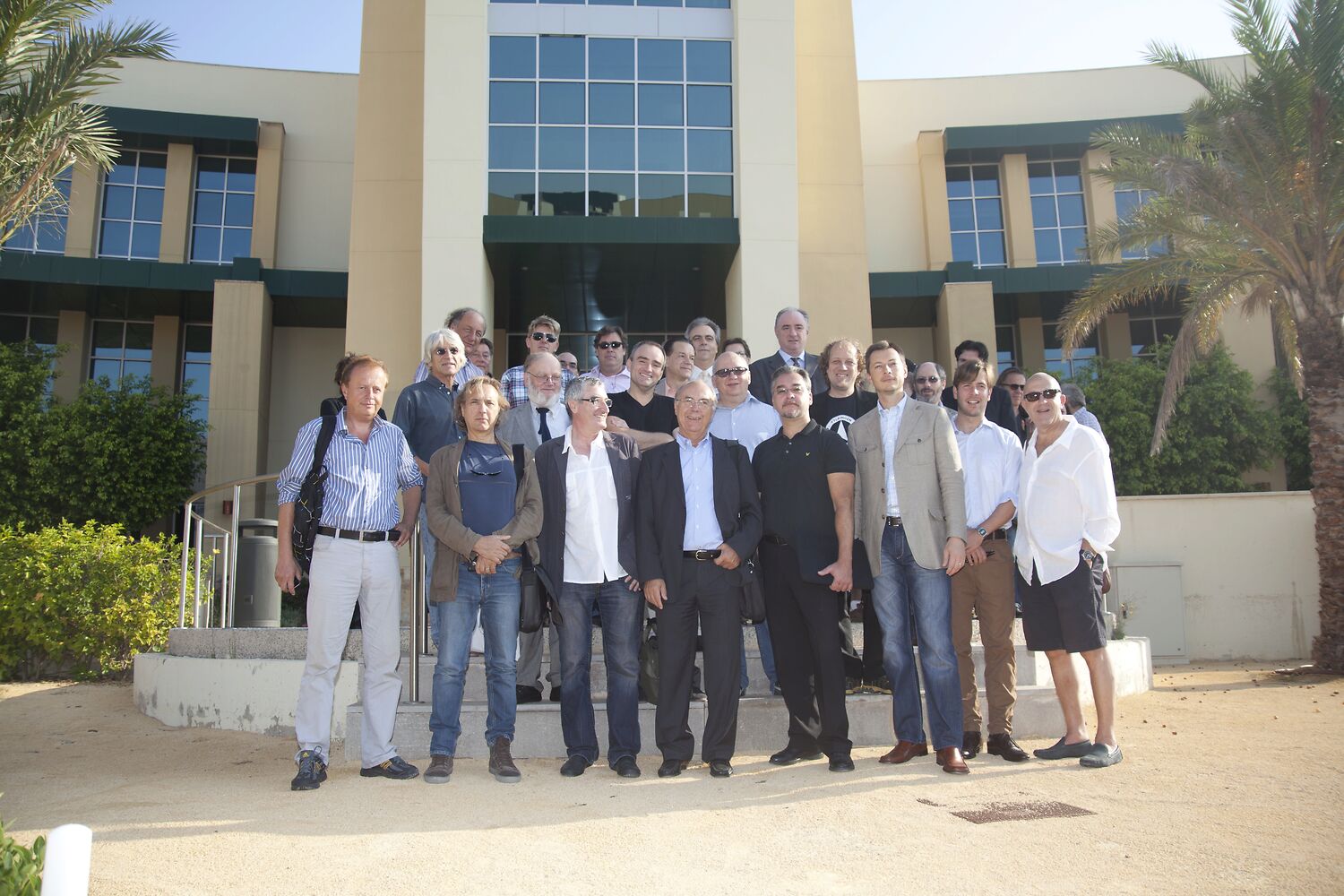 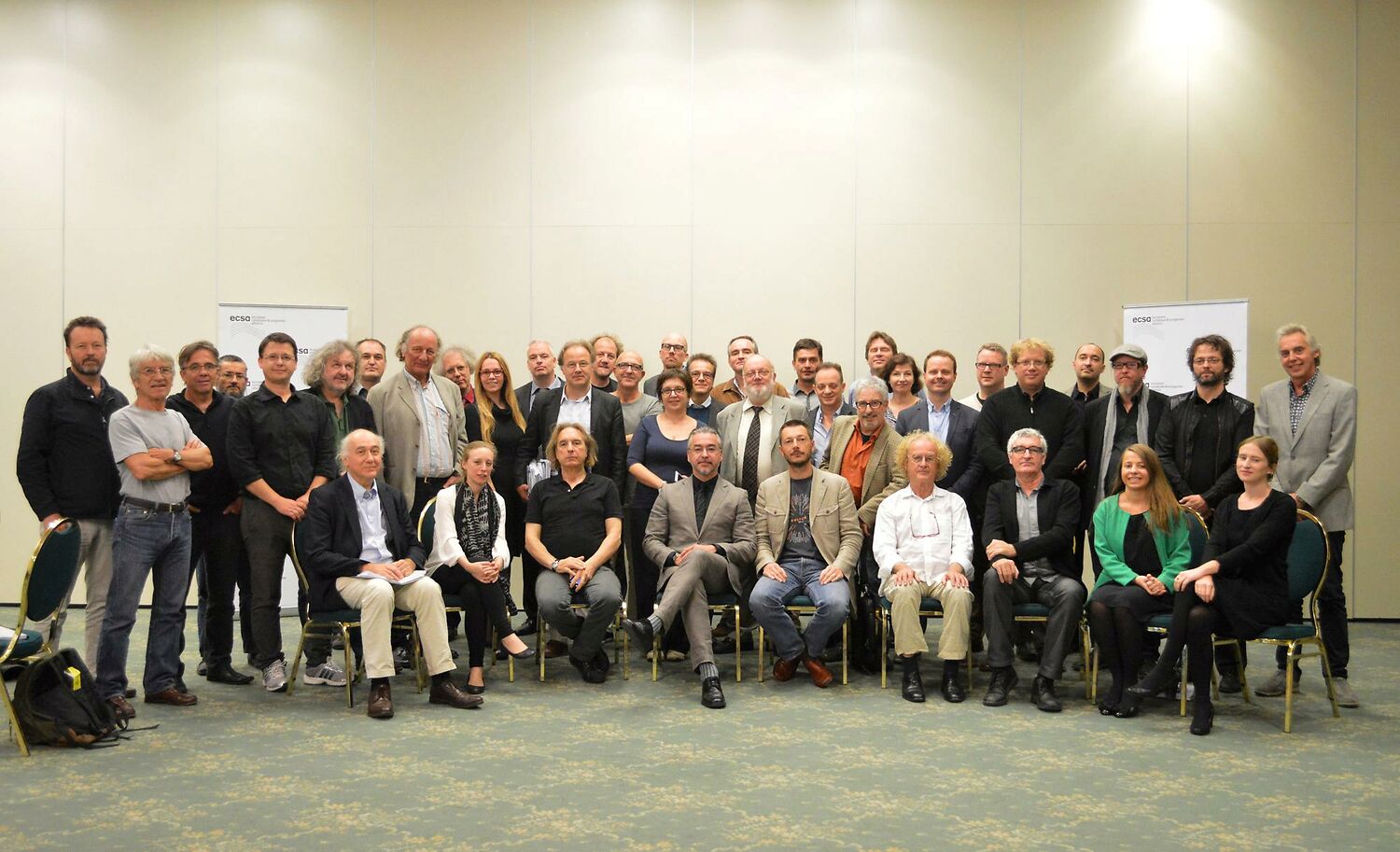 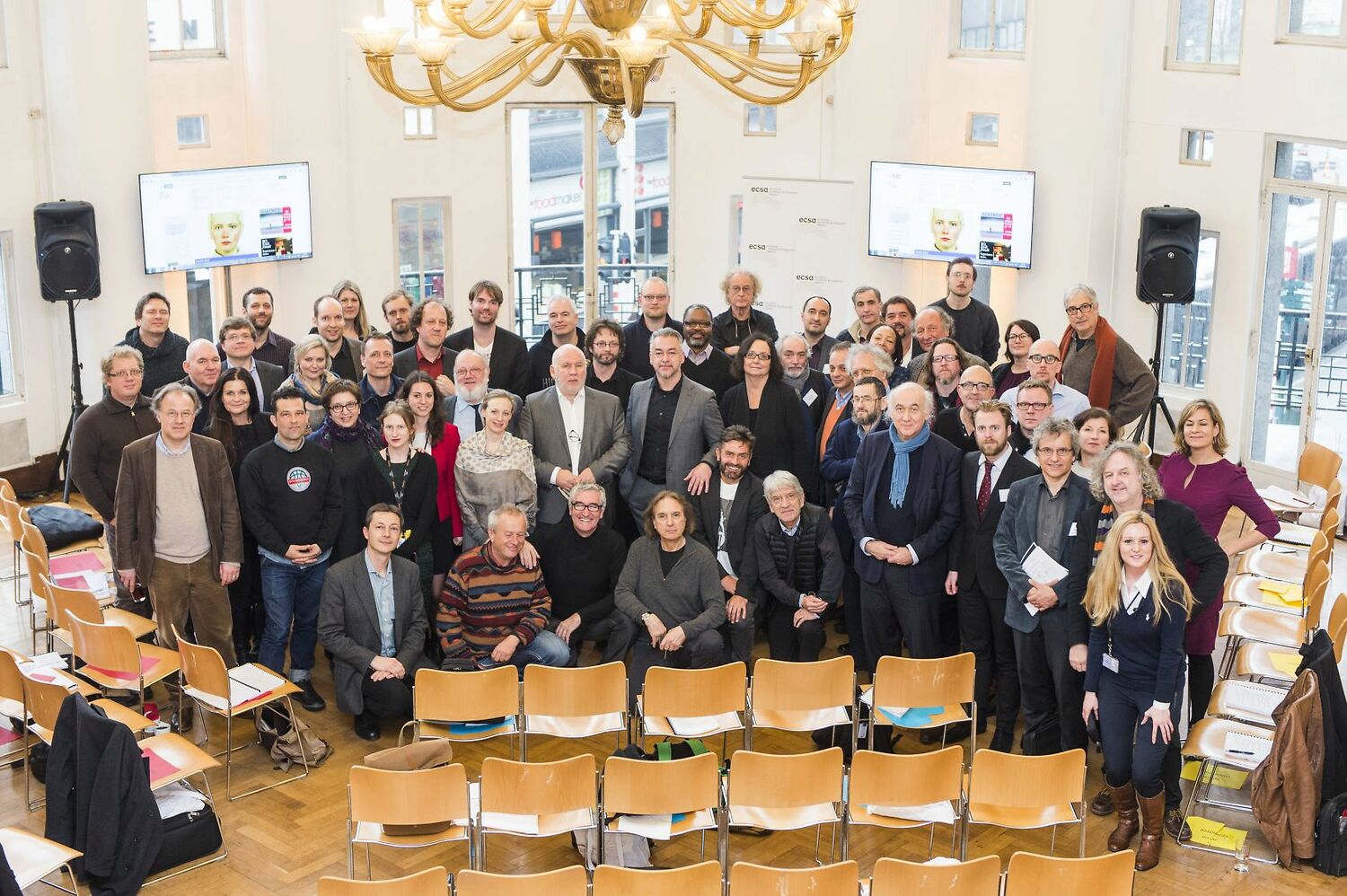 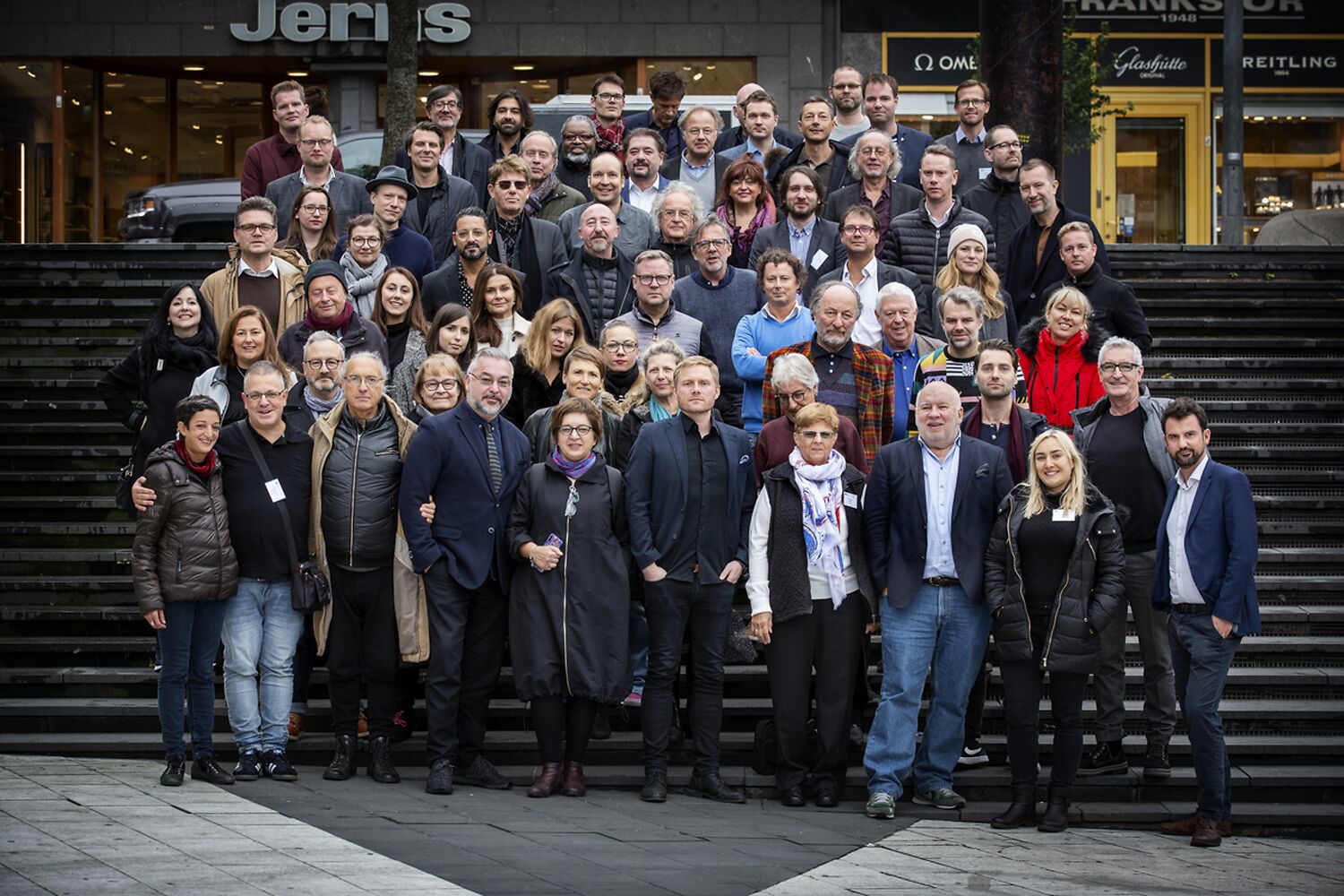 The ECSA Session in Stockholm 2019. 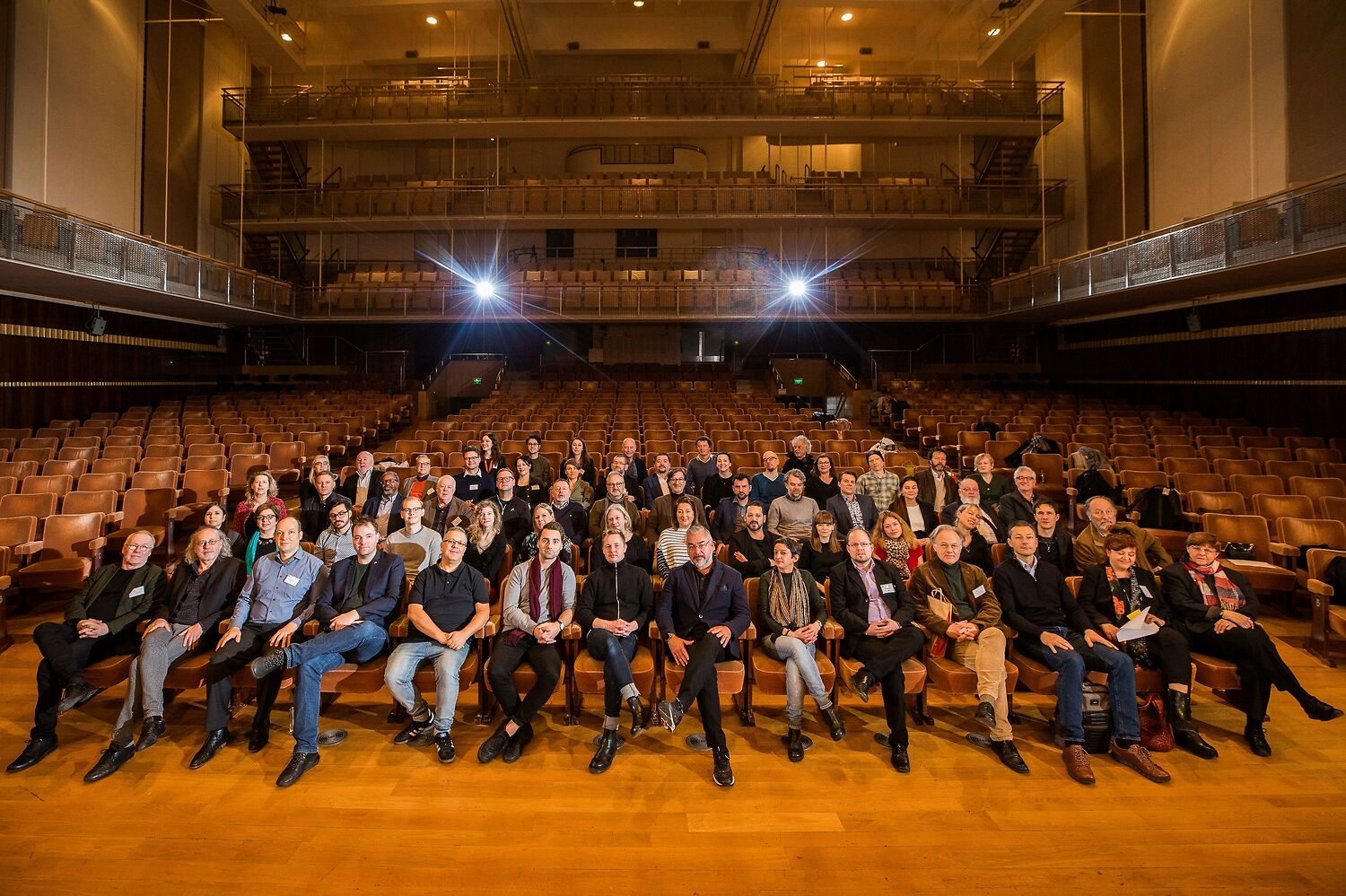 On the 14th of February 2022, the ECSA members gathered online in the frame of the ECSA Winter session to elect its new Board Members that will lead the alliance in the years to come.

As the outgoing ECSA President, I am delighted to see such a healthy organisation facing the political, economic, and cultural challenges ahead of us. I am convinced that the new board under the leadership of Helienne Lindvall certainly will meet the needs of the European community of composers, lyricists and songwriters.