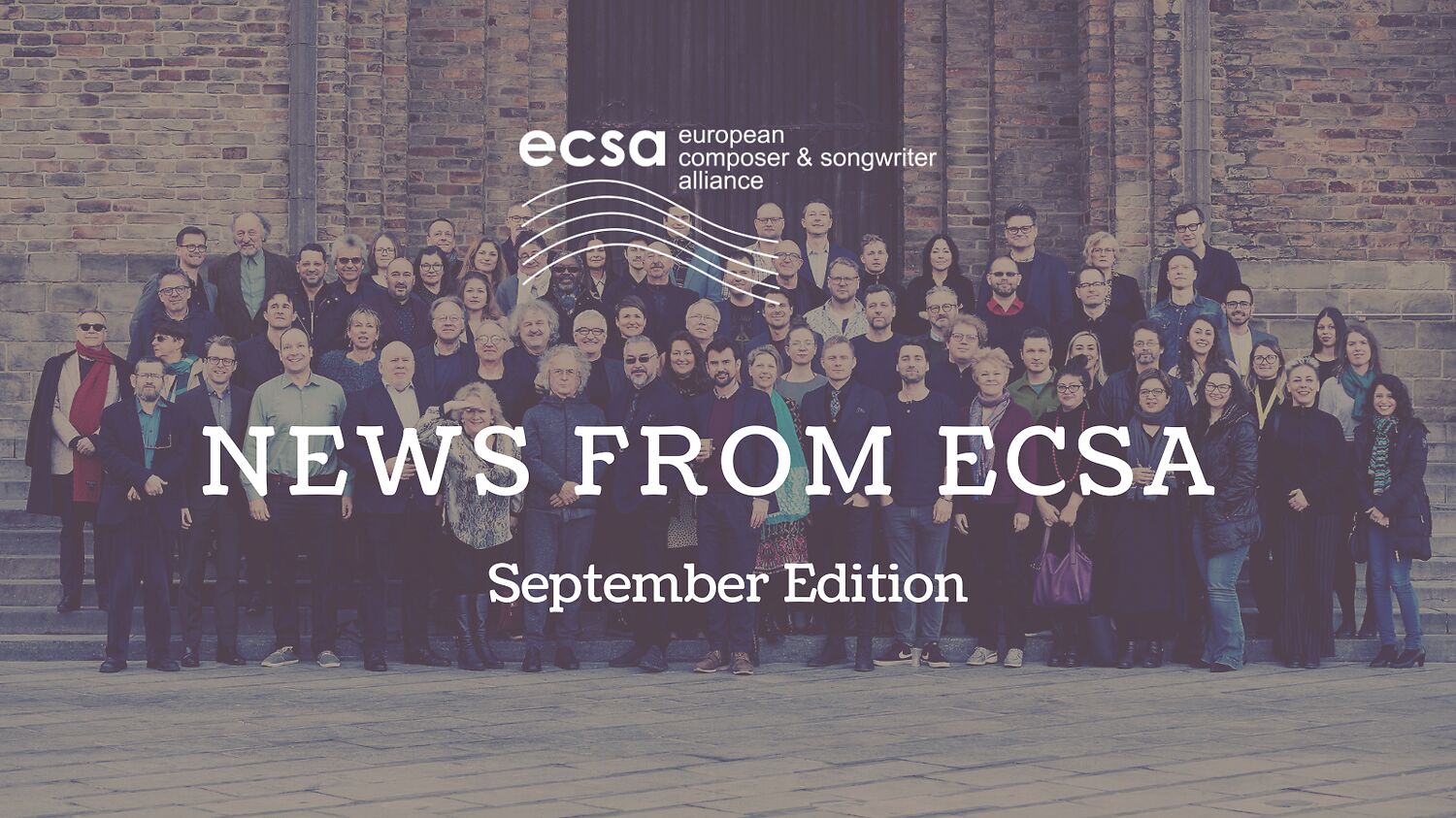 Last week, ECSA held its first physical ECSA session in Split (Croatia) since February 2020. We are grateful to our members that we could meet once again in person after years of restrictions and online meetings. The ECSA session presented us with three days full of fruitful discussions, sharing of opinions and best practices and a variety of music performances in the delightful company.

During our General Assembly, Committees’ meetings and Learning Lounge, we had the opportunity to discuss key advocacy topics including (among others) unfair contractual practices, music streaming and the challenges brought by new technologies and artificial intelligence.

We thank once again HDS, The Croatian Composer Society, for hosting this memorable ECSA session and the Camille Awards in the beautiful city of Split! 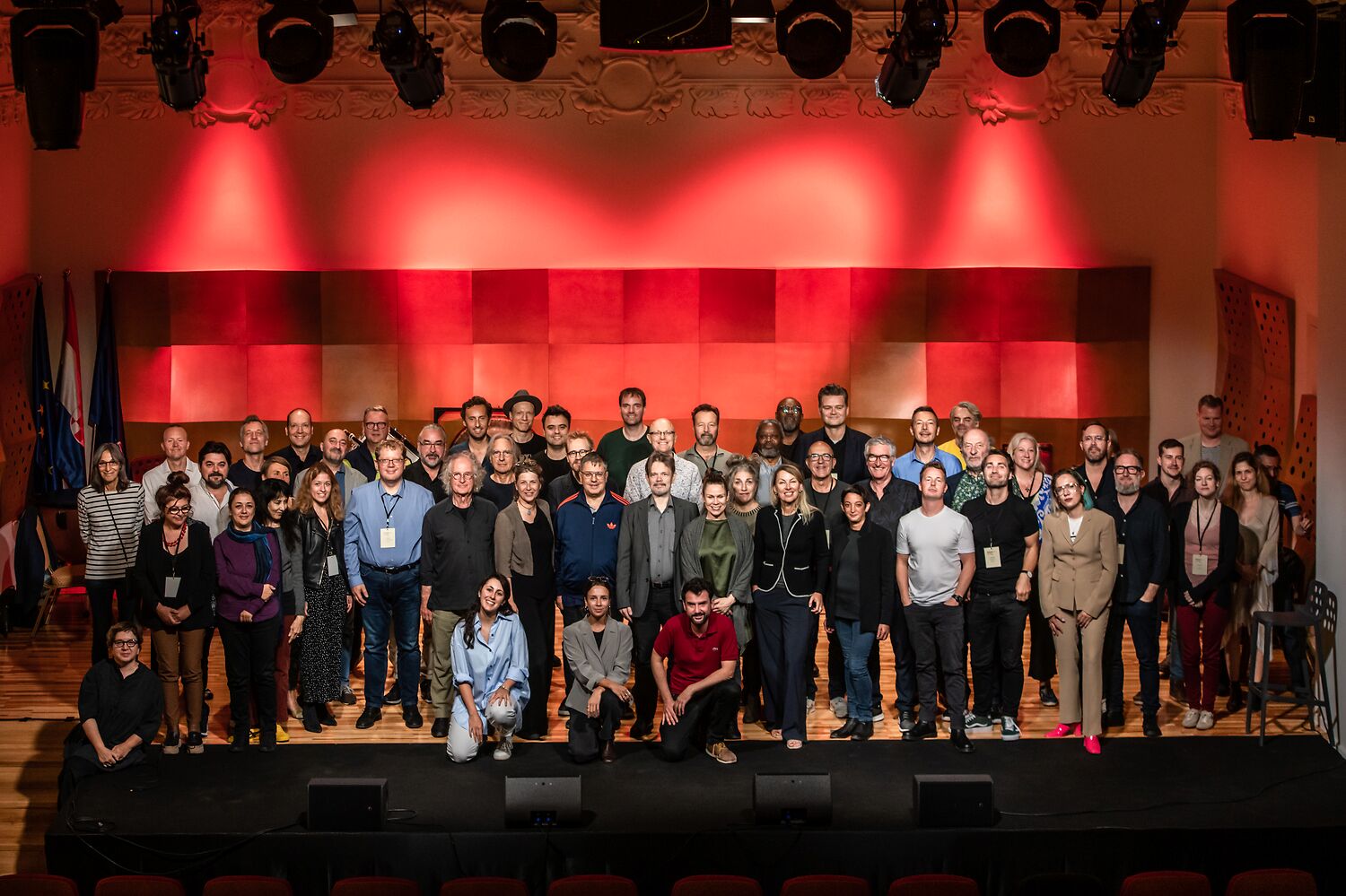 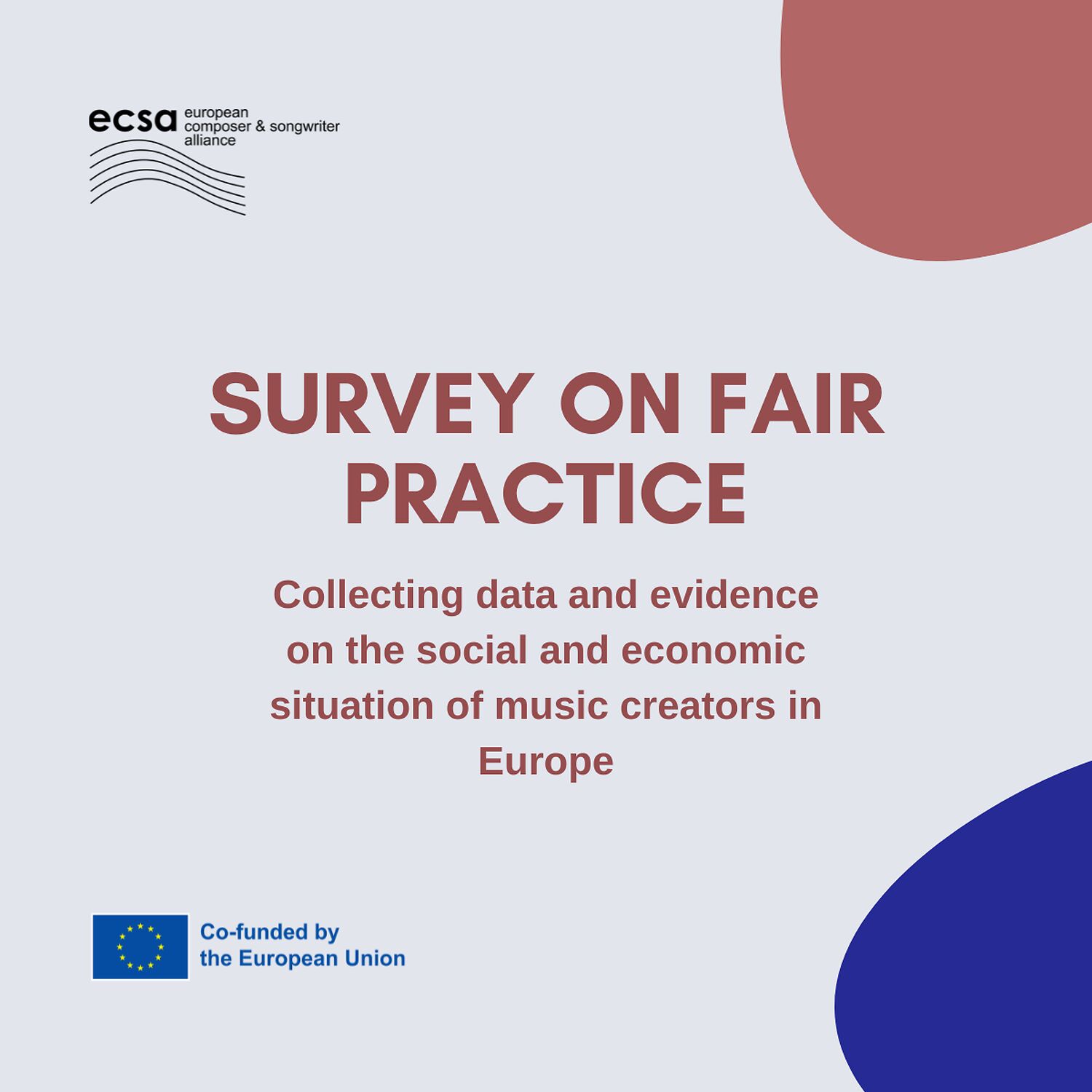 On the 8th of September, ECSA launched a survey aimed at collecting data and evidence on the social and economic situation of music creators in Europe. The survey has been developed in collaboration with ECSA’s Fair Practice Working Group and follows on from the awareness-raising and advocacy efforts undertaken by ECSA and its members on authors’ remuneration and fair share in the exploitation of their works. All the data and evidence will be gathered in a report providing an overview of the situation of music authors in Europe. Its official publication will mark the beginning of a European campaign on Fair Practice, whose main goal will be to improve the commissioning, performing and remuneration practices in the music sector and thus establish better frameworks, working conditions and remuneration for all composers and songwriters. The survey takes approximately 15 minutes to fill in. We call on all music authors to participate ! Deadline to contribute to the survey is 7th November 2022.

ECSA welcomes the European Commission guidelines on the application, including authors and performers 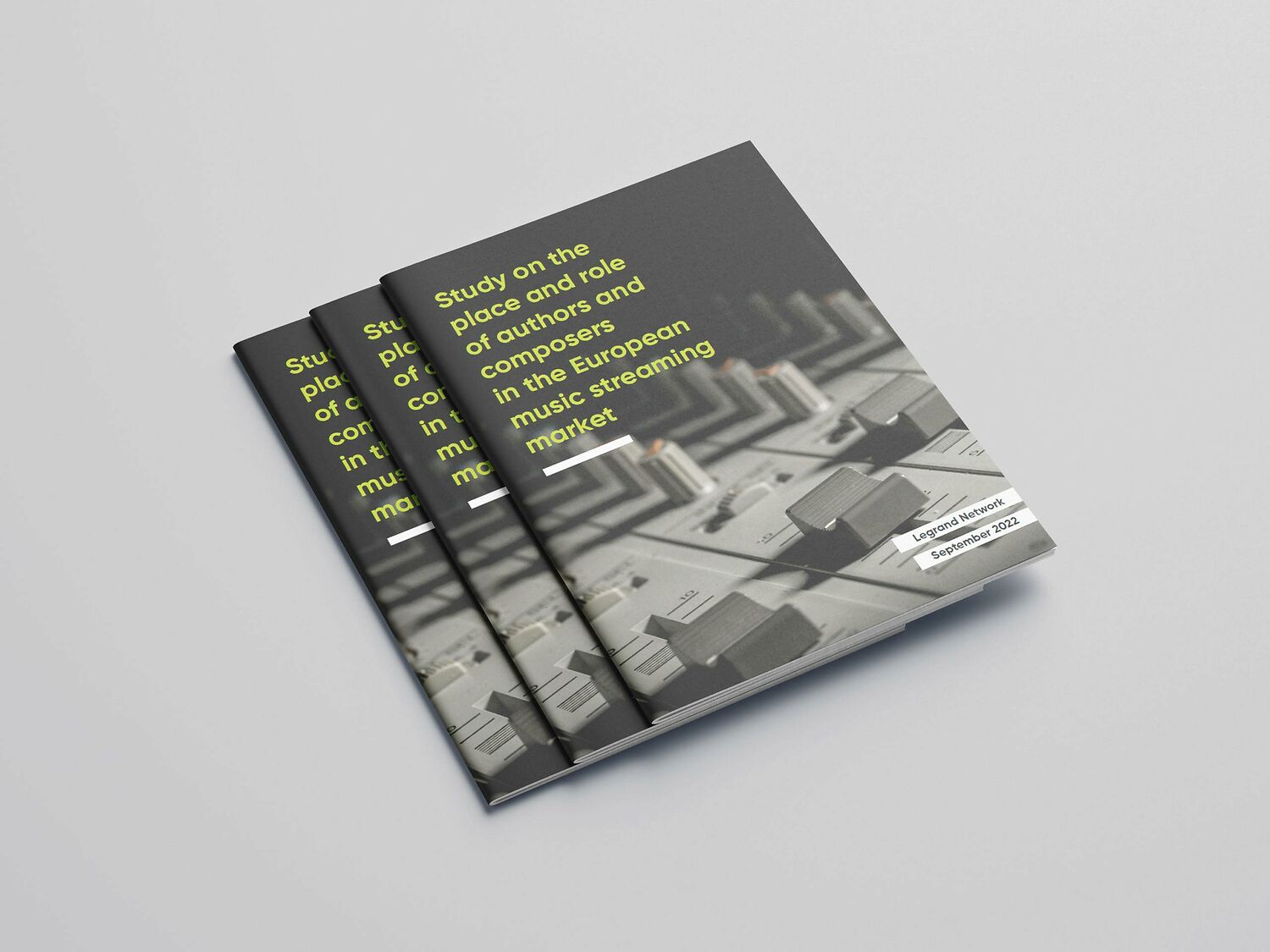 On the 28th of September, GESAC published a "Study on the place and role of authors and composers in the European music streaming market” prepared by the journalist and media consultant Emmanuel Legrand. The study provides a comprehensive analysis of bottlenecks and dysfunctions that prevent authors from experiencing more sustainable growth in the music streaming market. It also considers how to grow the revenue pie for creators and other rightholders, as well as how to ensure a fairer and more creator-friendly music ecosystem. Find more information on the study here. 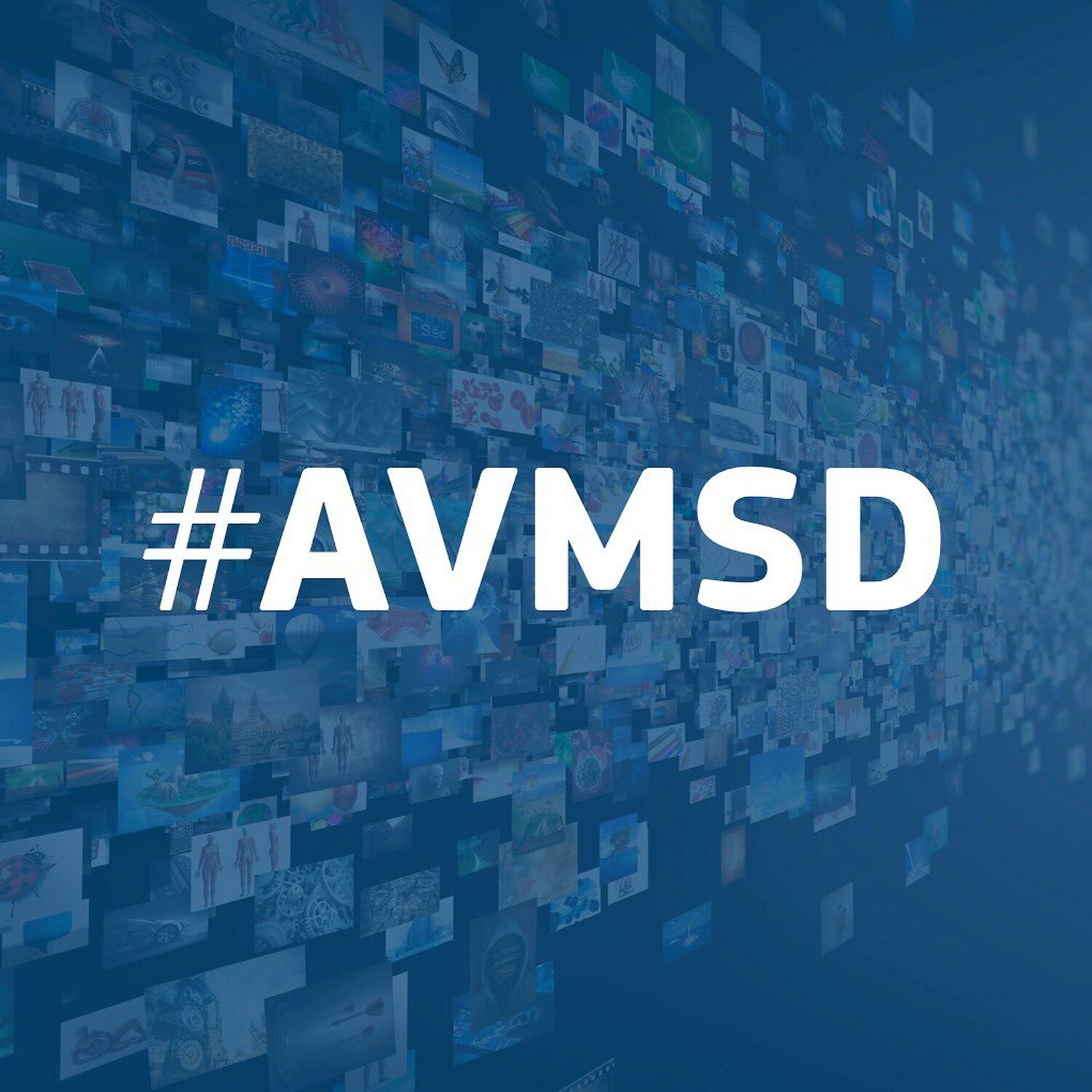 ECSA participates in MEP Kammerevert consultation on the implementation of the Audiovisual Media Services Directive (AVMSD).

On 12 September 2022, ECSA submitted comments to MEP Kammerevert on the implementation of the AVMS Directive. In our comments, we support a robust implementation and the strengthening of the provisions for the promotion of European works, as well as more transparency of the data and tools used by VoD platforms. We also encourage the European institutions to build a comprehensive European strategy for the promotion of European musical works, in particular on streaming platforms.

The Lisbon International Music Network (MIL)’s Music Festival was held in Lisbon, Portugal, from 28th to 30th September. MIL focuses on the discovery, promotion, valorisation and internationalisation of current popular music. The Secretary General of ECSA, Marc du Moulin, took part in a panel on the improvement of artists and composers’ conditions and remuneration together with other participants including Benjamin Feyen (Secretary General of the Cultural and Creators Friendship Group- European Parliament), Andreia Monteiro (Editorial director- GERADOR), Filipa Marinho (Lay Down Recordings- Founder and A&R), Olivier Tura (Director- TEMPO). Marc focused its intervention on the need to fix music streaming to make it sustainable for composers and songwriters as well as on ECSA fight against buyout contracts. You can find more information about the MIL Music Festival here.

The 2022 edition of the World Soundtrack Awards (WSA) will be held from 20th to 22th of October in Ghent, Belgium. During the WSA Industry Days, on 20th October, ECSA will co-organise a panel talk on “Buyouts and other unfair contractual practices: what prospects for the Belgian composers?”. ECSA Board Member Anselm Kreuzer (Composers’ Club) will serve as a moderator. Panellists are among others Marc du Moulin (ECSA), Hans Helewaut (Belgian Screen Composers Guild) and Luc Gulinck (De Muziekgilde). You can find more information about the WSA Industry Days here. 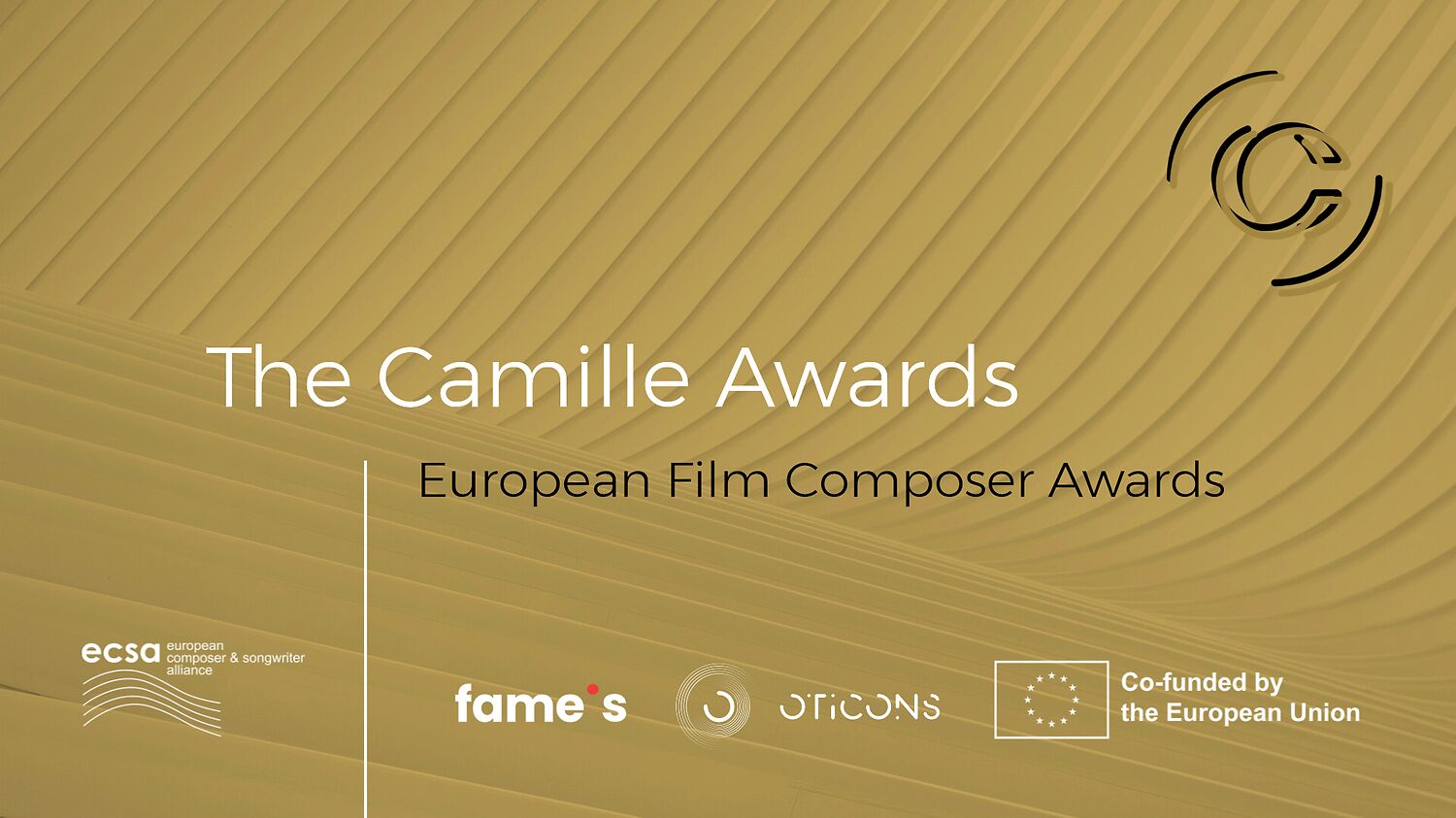 The Camille Awards 2022 Ceremony happened on the evening of the 27th of September in the Hrvatski Dom Split. The winners of the three categories are:

BEST SCORE FOR A FEATURE DOCUMENTARY

BEST ORIGINAL MUSIC FOR A SERIES

The Lifetime Achievement Award was presented to one of the greatest Croatian, European and world renowned composers of film, theatre and TV music: Alfi Kabiljo.

The Camille Awards were organised with the support of the Creative Europe Programme of the EU and in collaboration with FAME’s Studio Orchestra Music Recording Company and OTICONS, the European Talent Agency for film composers.

You can learn more about the Camille Awards on our official website. 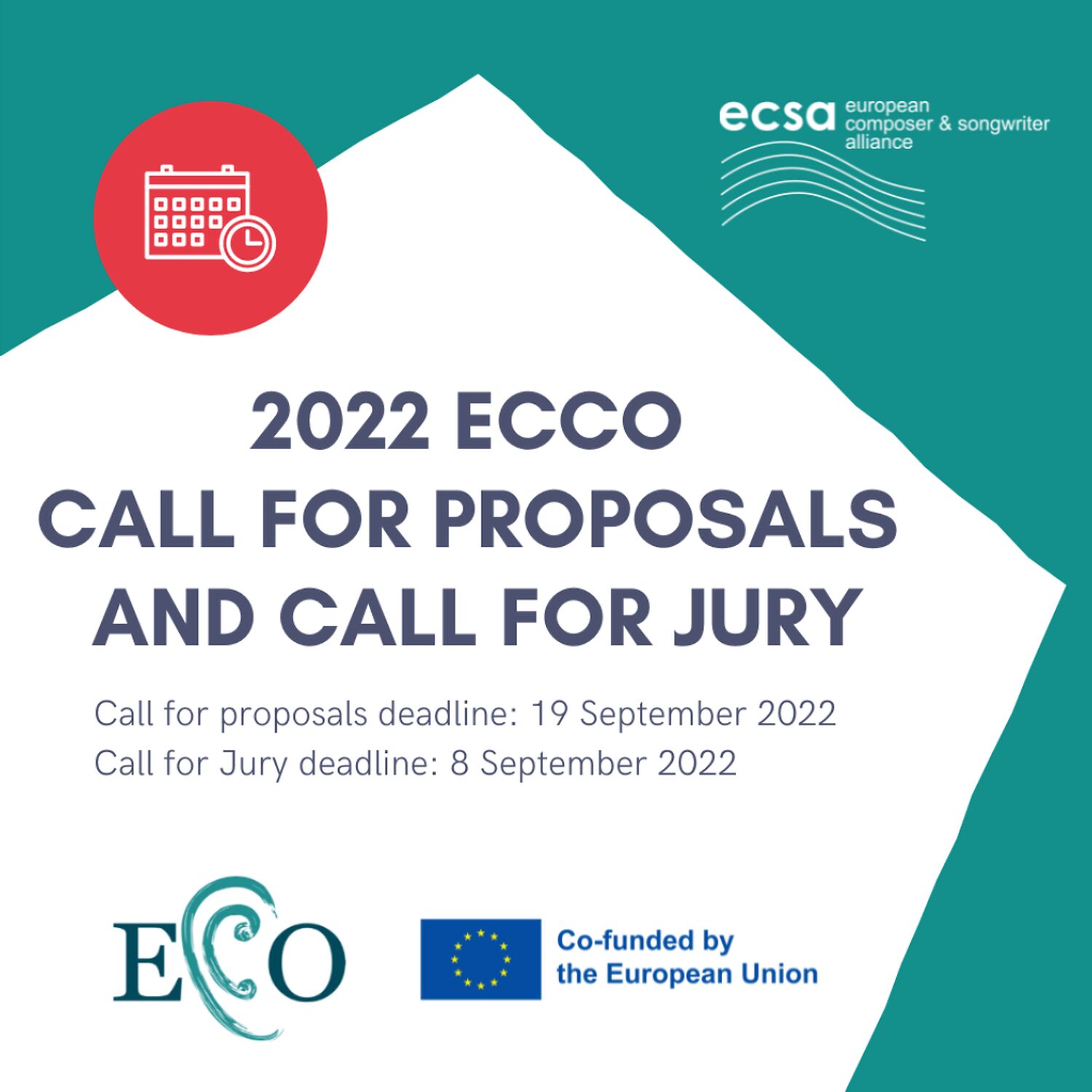 The ECCO Jury will evaluate proposals for the ECCO-System through October 2022 and announce the selected projects in mid-November.

We take this opportunity to remind you that the next edition of the ECCO Concert will be performed by the STYX Ensemble on 17th November 2022, at L’Espace Senghor, in Brussels. 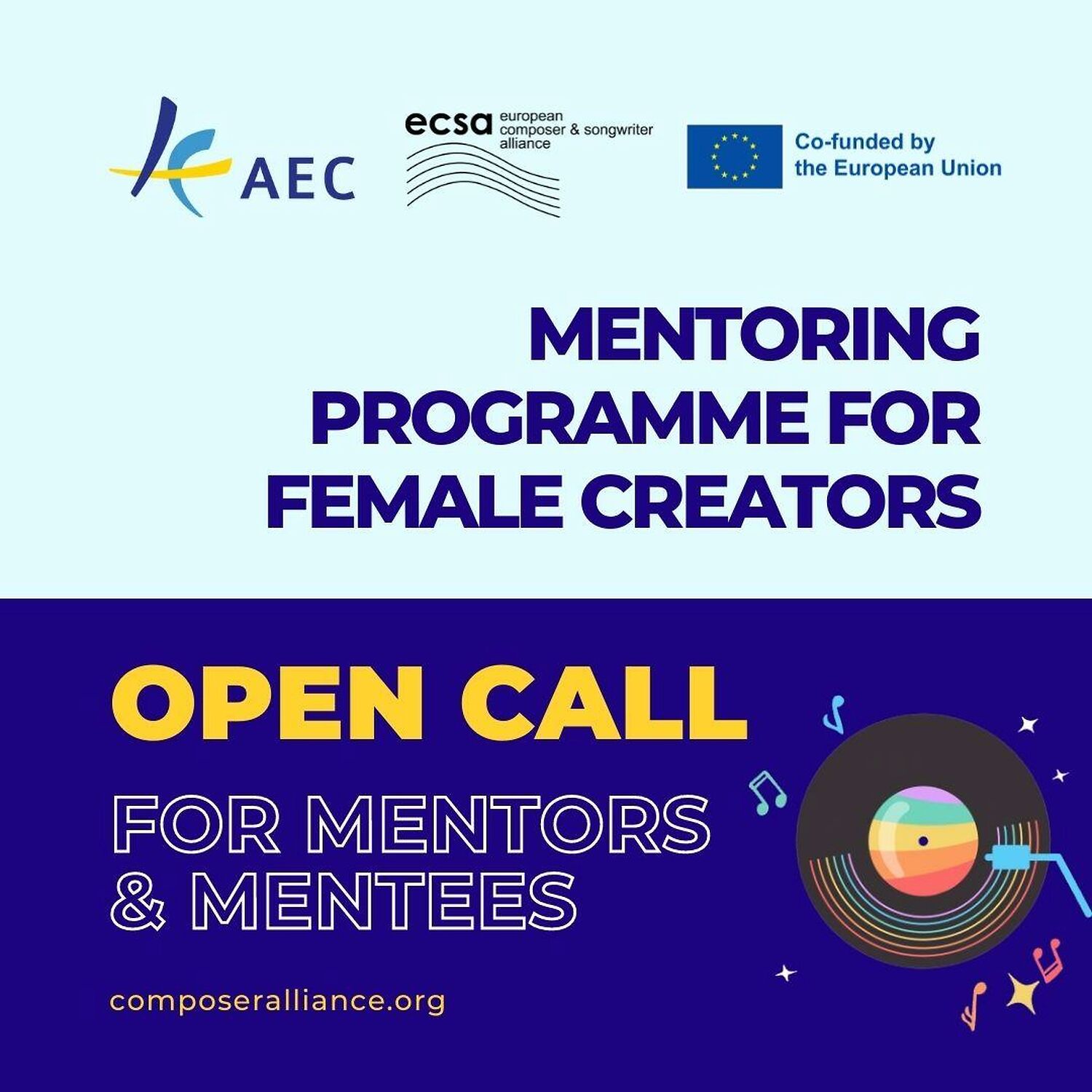 ECSA is glad to announce its first mentoring programme for female composers and songwriters. The Mentoring programme is an EU-funded initiative that aims to serve as an introduction to the music industry for young female composers and songwriters that are beginning to approach their careers, with the help of female role models and with the ultimate goal of enhancing gender equality within the sector. It has been developed by ECSA together with AEC (European Association of Conservatoires) and EJN (Europe Jazz Network). The ECSA-AEC 2023 Mentoring programme is now open for applications. Both composers and songwriters are invited to apply, from which six mentors and six mentees will be selected. You can find here more information regarding the selection and submission process. The deadline for the application is 14th of November 2022. 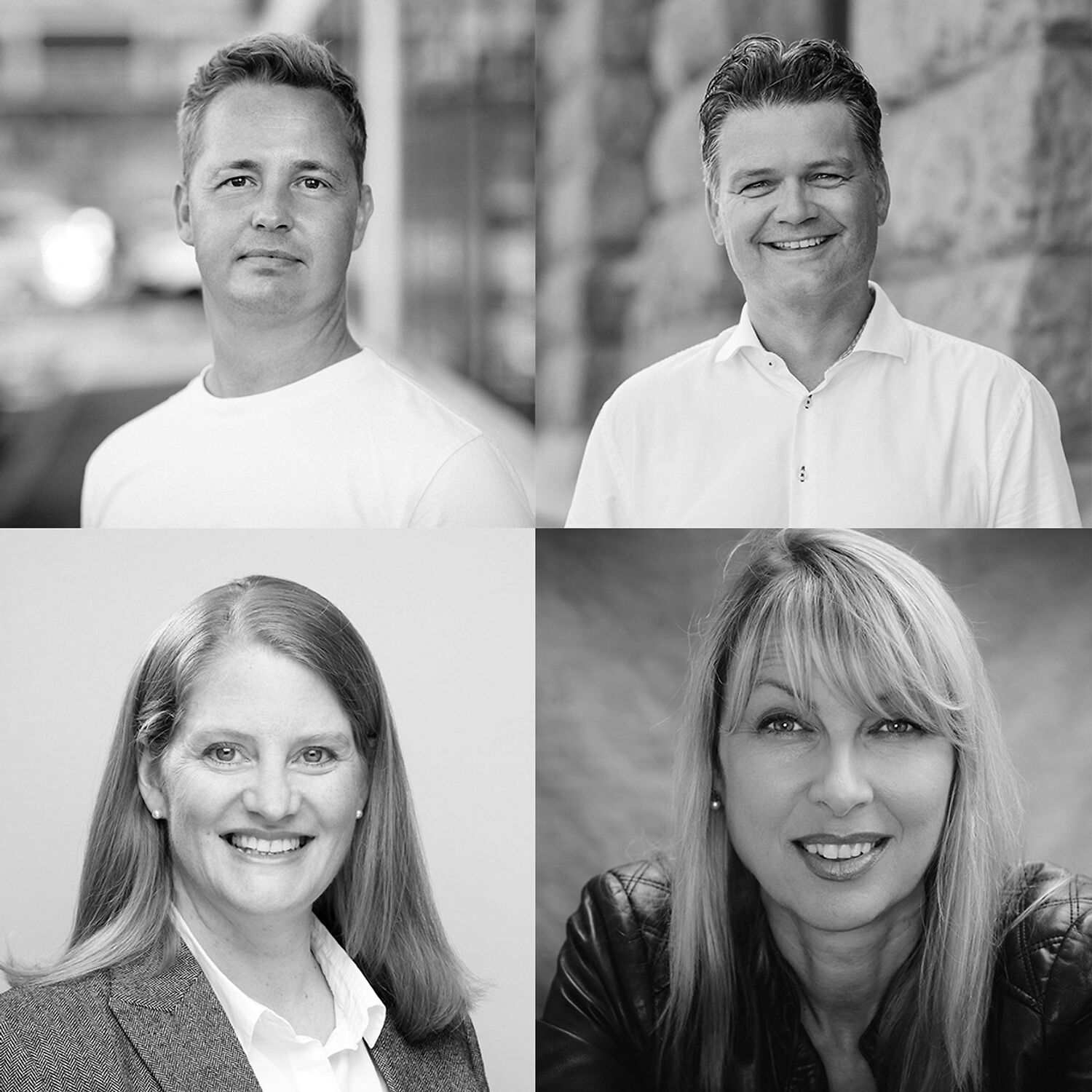 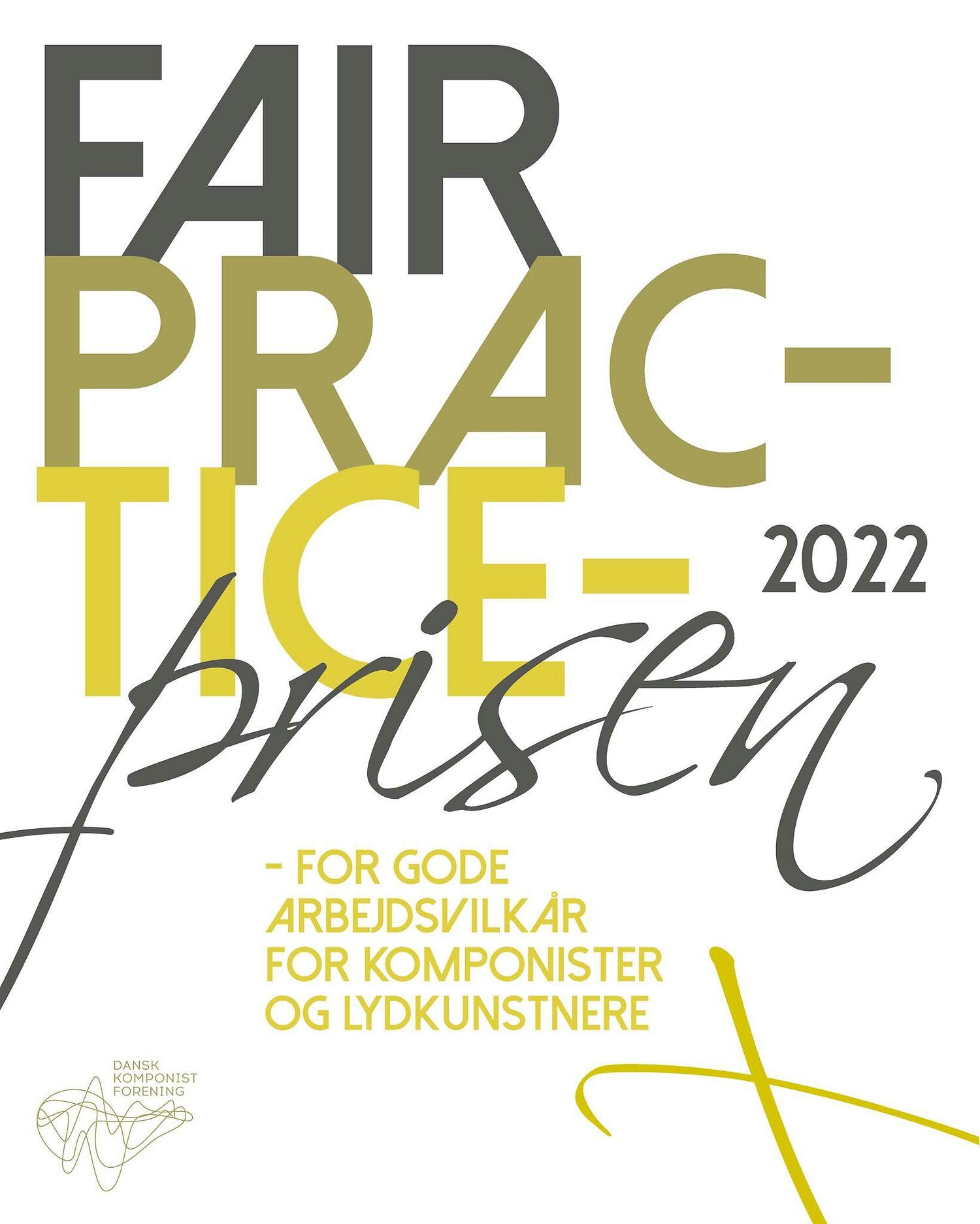 Fair Practice Prize awarded for the first time in Denmark

The Danish Composer’s Society launched a new Fair Practice Prize for good working conditions and fair payment in the music industry. The prize was awarded for the first time on 9th September 2022 to Roskilde Musikforening and singer Ly Tran.

With this new prize, the Danish Composer’s Society aims at raising awareness on the importance of fair practice by highlighting best practices and good examples of fair working conditions for composers and songwriters in the music industry. On the same day and for the fourth time, the Dutch Composers’ Association (Nieuw Geneco) awarded its corresponding Fair Practice Prize. 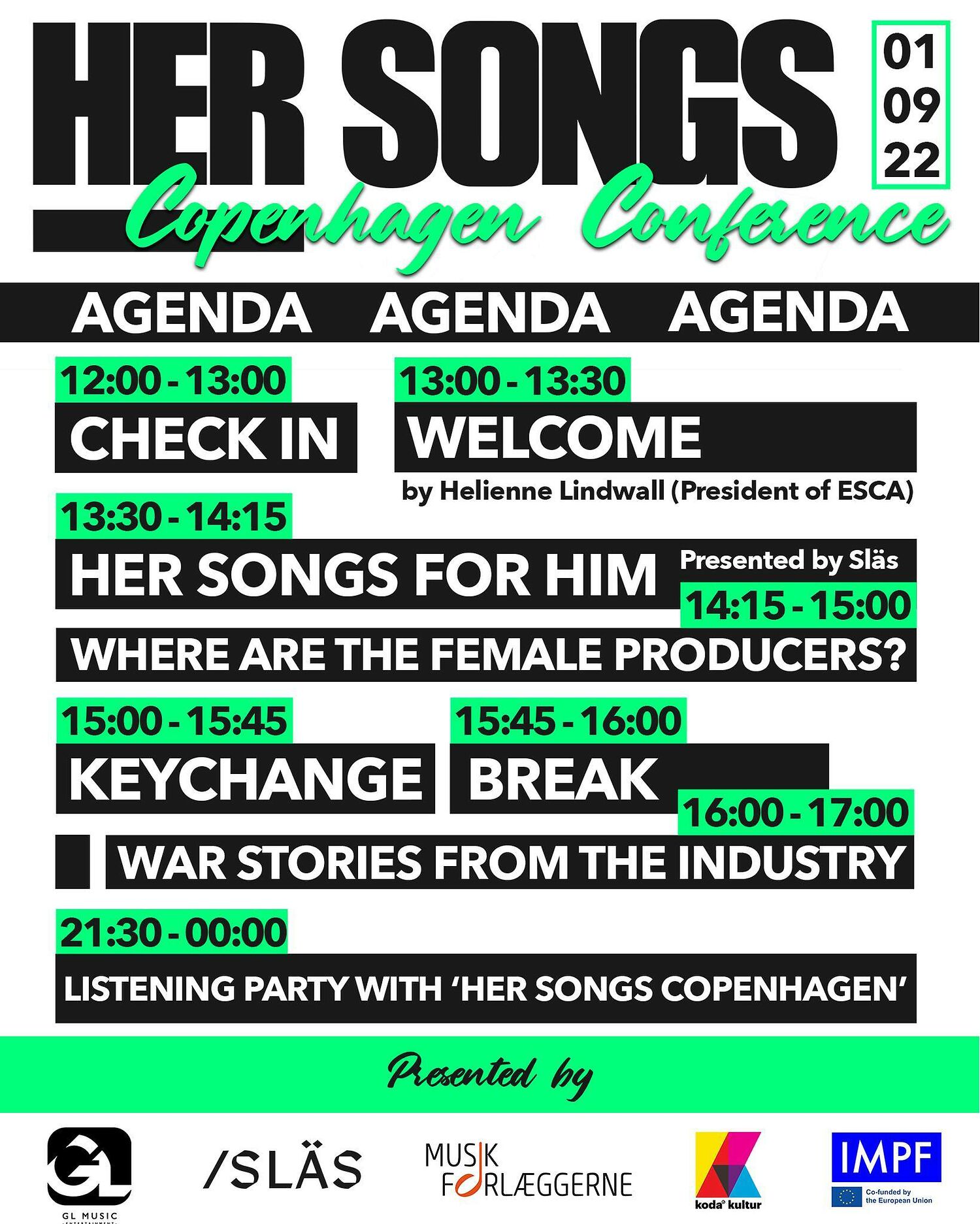 On 1st September 2022, the President of ECSA Helienne Lindvall gave a keynote speech at the first edition of “Her Songs Copenhagen Conference’’ hosted by GL Music Entertainment A/S in Copenhagen, Denmark. The conference was dedicated to the issue of gender balance and equality in the music industry and highlighted people and projects currently happening to address this issue. KODA and DPA were partners of the conference while Keychange presented recommendations and solutions to the gender disparity prevalent in the music industry. The conference was supported by the Creative Europe programme. 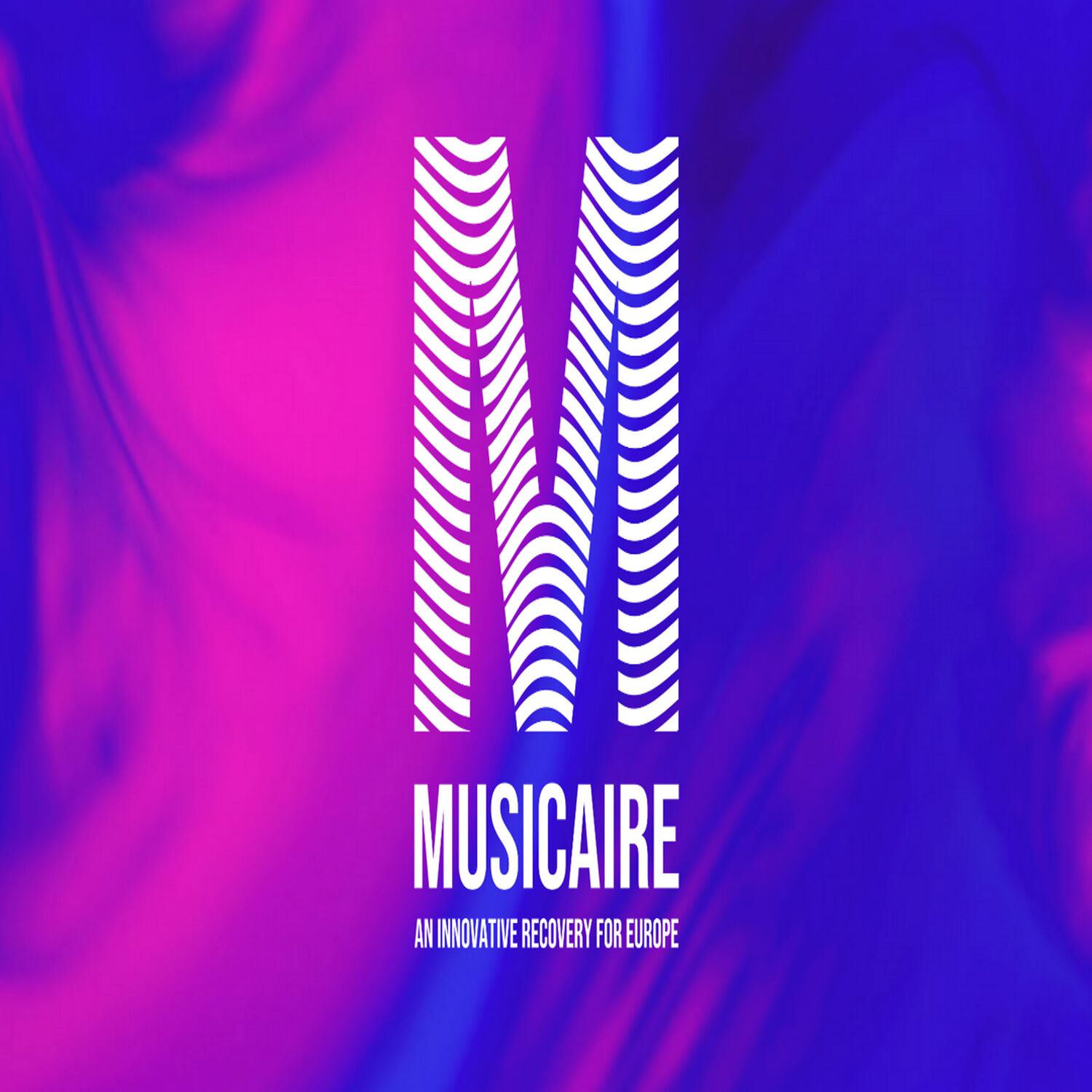 The second MusicAIRE call for proposals is out!

The second Call for Proposals and Jury under the MusicAire is open. MusicAIRE (An Innovative Recovery for Europe) is an EU-funded project that aims to provide tailored-made instruments for the sector and contribute to a green, digital, just, and resilient recovery of the music ecosystem. You can find more information regarding the Call for Proposals here, and for the Call for Jury here. The deadline for both calls is on 26th October 2022. 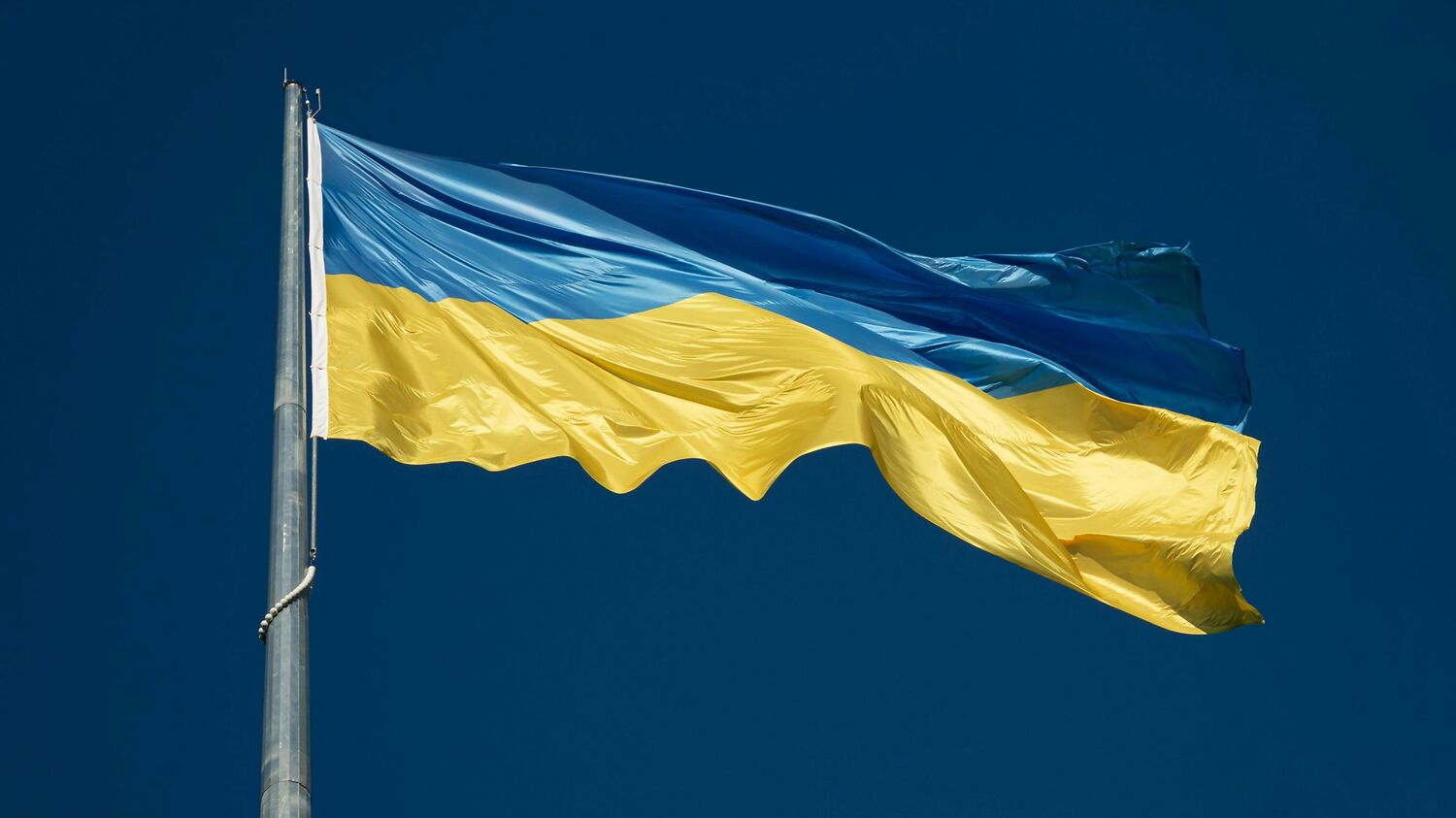 The Call for proposals ‘Support to Ukrainian displaced people and the Ukrainian Cultural and Creative Sectors’ has been published and the deadline for submission is on 29th November 2022. This special call is seeking to support Ukrainian cultural and creative organisations, as well as artists and professionals outside of their country to address challenges and to prepare for the post-war recovery of Ukrainian cultural and creative sector in the medium term. You can find more information regarding the call here.