On 3rd September, the Austrian Ministry of Justice presented the draft ministerial law on the implementation of the EU Copyright Directive. Unfortunately, the draft followed the German implementation of article 17 by expanding the allowed uses of copyright protected works on platforms but, in contrast to the German legislation, does not introduce any compensation for authors and performers. In addition, the Ministry has not taken the opportunity to improve the provisions on contracts for authors and remains below the level of German law. After a month-long comment period, the ministry is now expected to take the stakeholder comments into account and will present a draft law to the Austrian Parliament in due course. ECSA supports its Austrian members and the Austrian UNESCO Commission in the call for improvements of the text and urges the Austrian government to take the opportunity to adopt meaningful positive provisions for music authors. 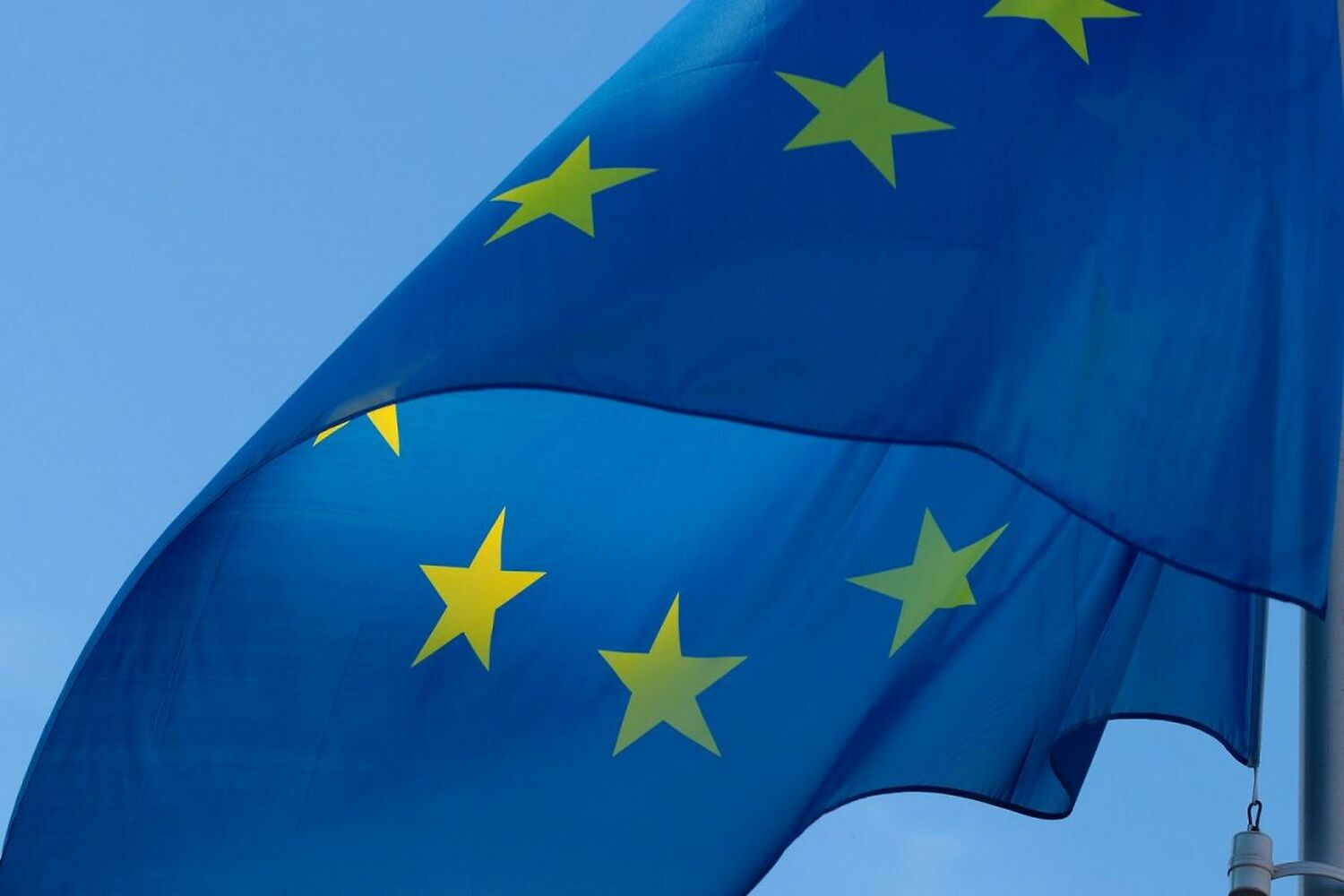 On 20th October the European Parliament adopted the report on “The situation of artists and the cultural recovery in the EU” by MEP Semedo and the report on “Europe’s Media in the Digital Decade: An Action Plan to Support Recovery and Transformation” by MEP Melbarde. Both reports express concerns against buy-out contracts and ask the European Commission to take action to prevent those coercive practices.

MEPs also ask the European Commission to assess the role and impact of streaming services - both VOD platforms and music streaming services. They also call for EU Member States to speed up the implementation of the Copyright Directive and “ensure access to collective bargaining for all solo-self-employed, including artists and cultural workers”. MEPs also acknowledge the precarious working conditions and encourage Member States to ensure better standards for artists and cultural professionals. ECSA welcomes those reports which echo our Alliance’s advocacy objectives and activities in the latest months. 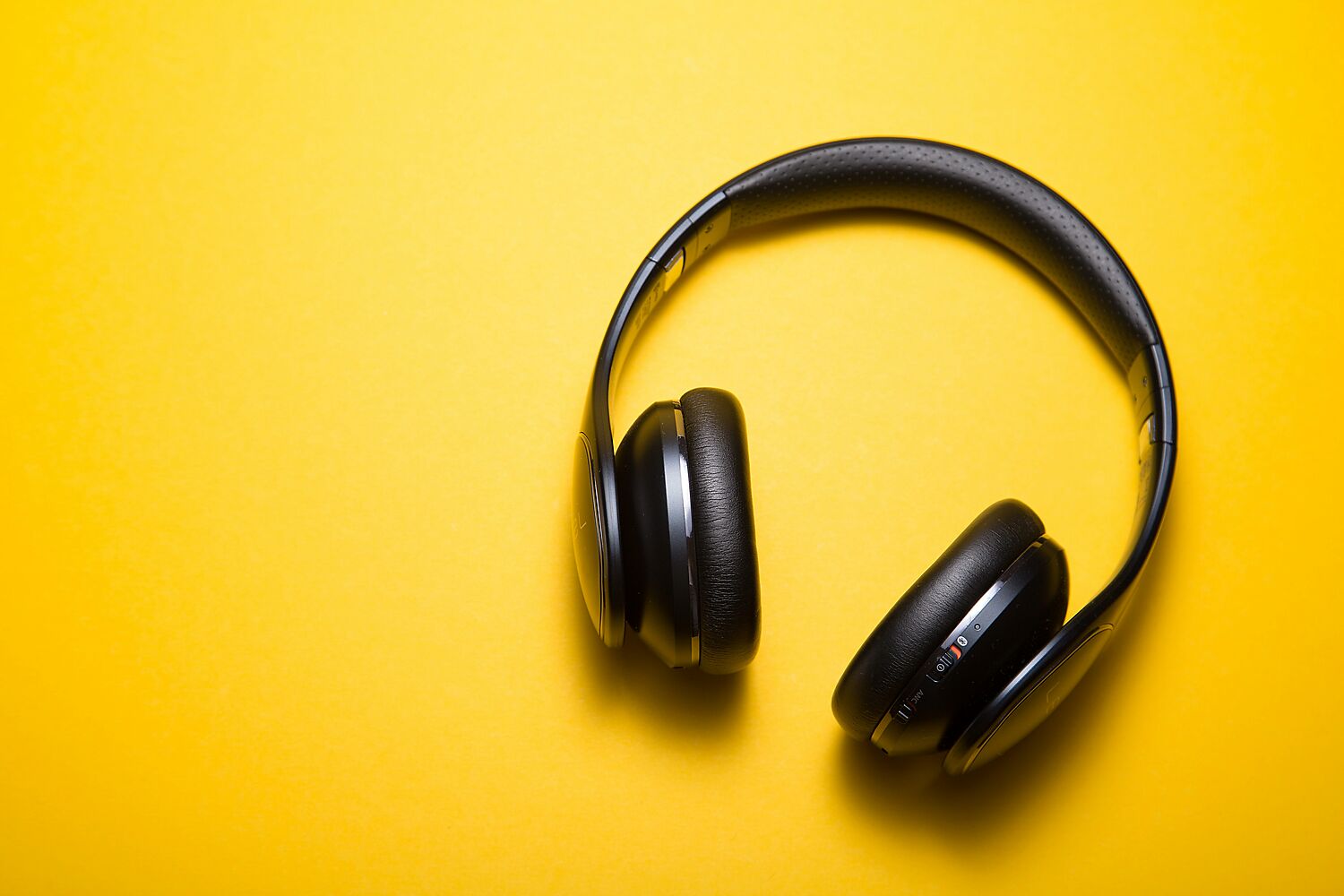 On 19th October the UK Competition and Market Authority (CMA) announced that it will launch a market study on music streaming. This comes as a result of the inquiry of the Digital, Culture, Media and Sports Committee of the House of Commons and the campaign of ECSA’s UK member the Ivors’ Academy of Music.

Market studies of the CMA examine why particular markets may not be working well for consumers. They may lead to a range of outcomes, including:  making recommendations to the Government to change regulations or public policy; encouraging businesses in the market to self-regulate; taking consumer or competition law enforcement action against firms; making a reference for a more in-depth market investigation; or giving a “clean bill of health”.

ECSA welcomes this step which will look into the market dominance of the major music groups, which control the majority of the recording and publishing markets. The Alliance also encourages the EU and other countries to conduct similar studies and bring positive changes and meaningful revenues from music streaming to music creators.

Digital Services Act - a missed opportunity and a step back

ECSA together with a broad coalition of organisations from the cultural sector express concerns about the direction the discussions on the Digital Services Act (DSA) are taking in the European Parliament and the Council. The original objective of the DSA are the establishing of an accountability framework for online platforms and creating a safer and more trustworthy online environment. However, current policy discussions go in the opposite directions.  Current amendments would weaken the current liability regime and have a detrimental impact on the existing standards and good practices for addressing illegal content and activities, including online infringements of copyright and related rights. 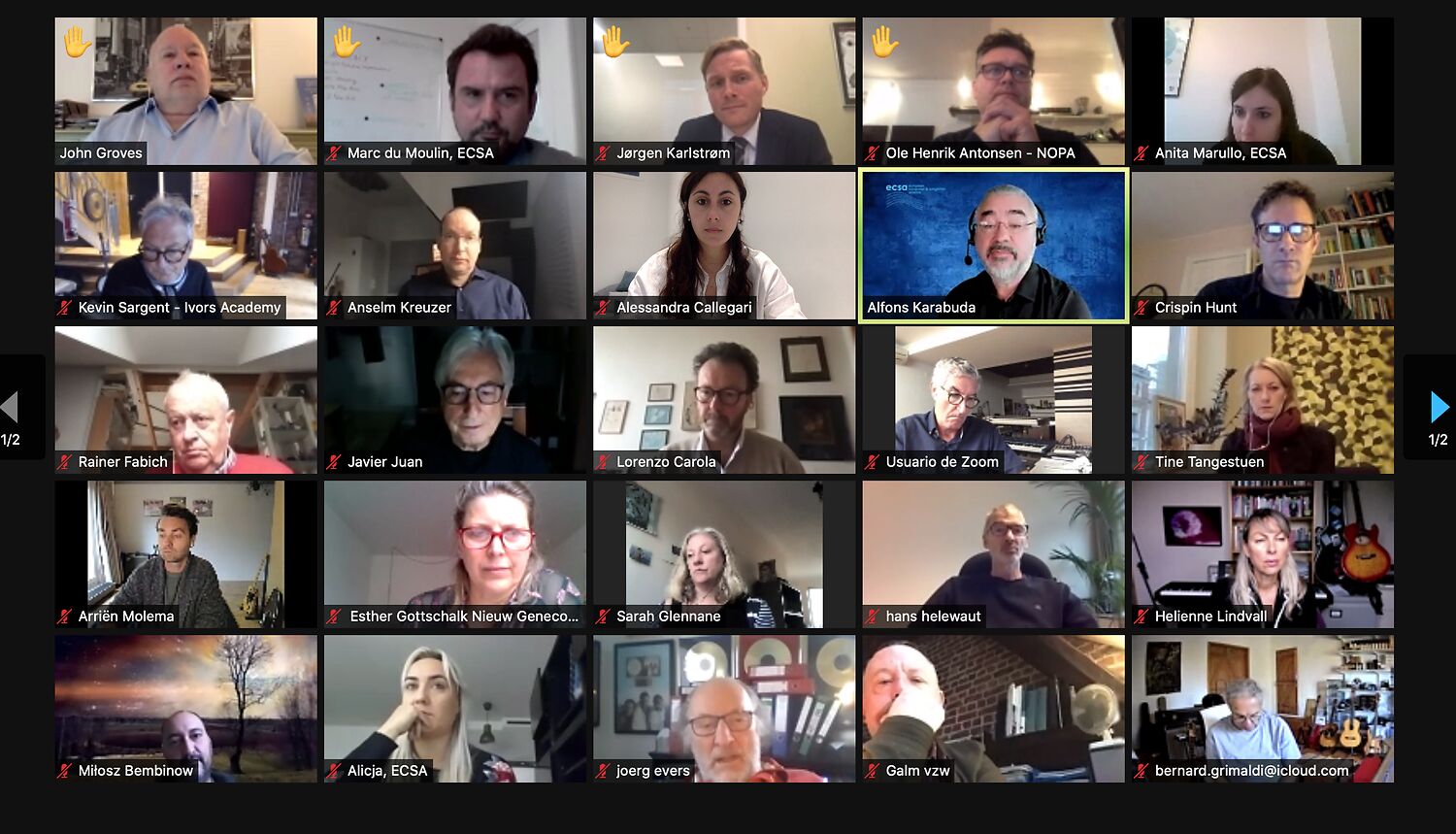 On 19th and 20th October, another successful online edition of the ECSA Session gathered (virtually) together more than 60 ECSA delegates and observers. During the Session, ECSA delegates discussed a vast range of advocacy topics and internal matters and had the chance to exchange their views with three guests from STIM and AKM, the Swedish and Austrian collective management organisations: Mr. Casper Bjørner, CEO of STIM, Mr. Paul Hertel, Vice-President of AKM, and Mr. Paul Fischer, Head of Legal at AKM. The ECSA Members also had the opportunity to attend a special presentation from ECSA’s UK Member: The Ivors Academy. Thank you to all the participants for the fruitful exchanges! 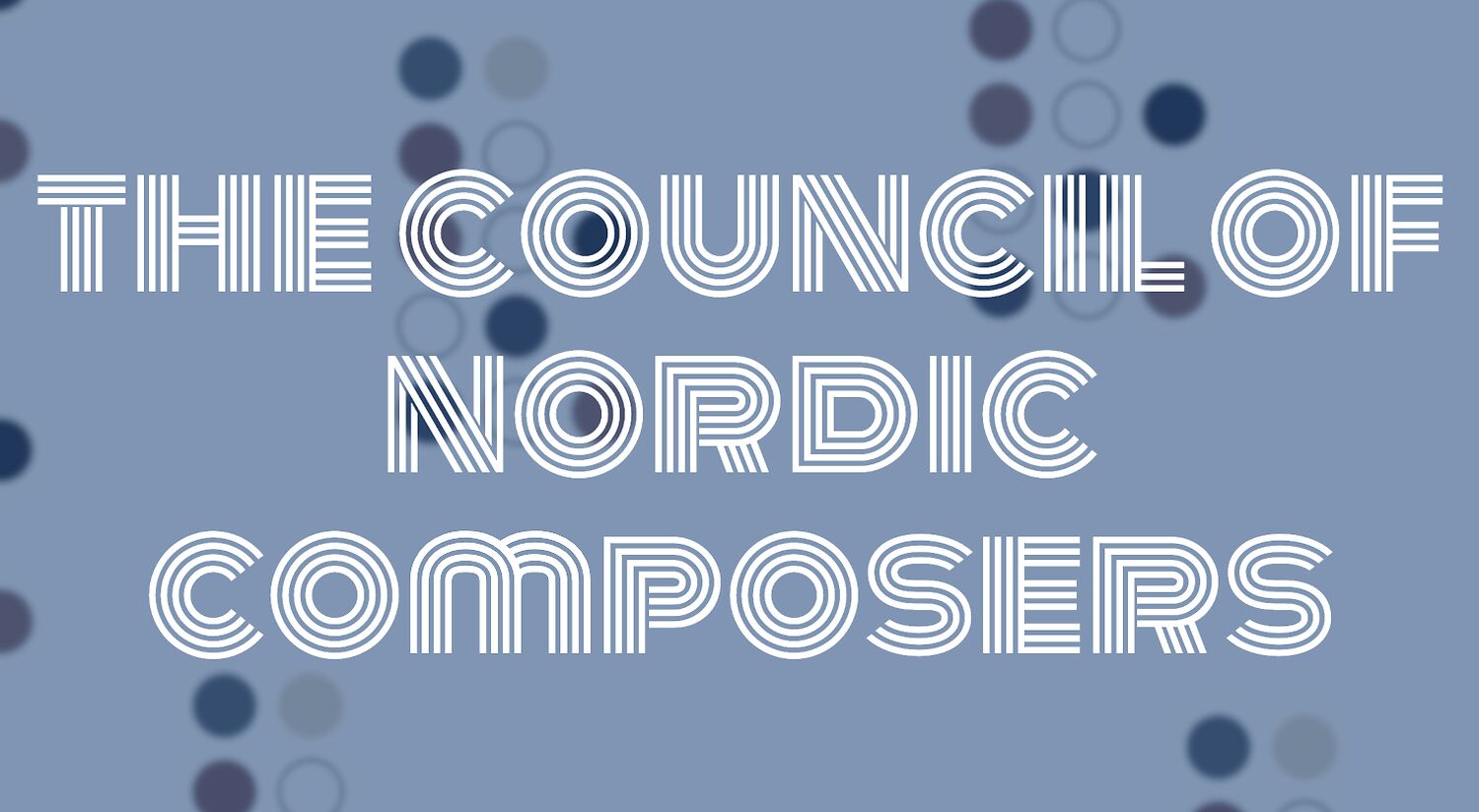 Norway: Statement from the Nordic Council of Composers’ meeting on 2nd September 2021

The Council of Nordic Composers strongly objects to the plans of the Nordic Council of Ministers to cut funding for culture in the Nordic & Baltic region by 20-25% between 2021-2024. These funding cuts are aimed at the activities of several Nordic institutes in the region, such as Circolo Scandinavo, Orkester Norden and Nordisk Panorama, as well as possibly the grant programmes of both Nordic Culture Point and the Nordic Culture Fund.

The cuts are a misguided plan especially in the current situation, where COVID-19 has upended cultural life and related economic activities throughout the Nordic and Baltic region. It is in actuality a situation that calls for increased support for funding. Funding cuts in culture will not produce savings, but on the contrary, they will have adverse effects financially and in terms of the wellbeing, trust and connection between citizens in the Nordic and Baltic region.

In the long run, several generations worth of investments in the cultural sector, the foundation of all Nordic cooperation, are being compromised. The suggestion to cut funds, in the midst of a pandemic, one year after an approximately 5% cut in Nordic funding, is not only a bad idea in the short-term. In light of the effects on the cultural sector this last year, it could also have devastating effects on cultural and social developments, labour conditions in the cultural sector and the infrastructure that has taken almost a century to build up at a time when it is dearly needed - perhaps more than ever before. 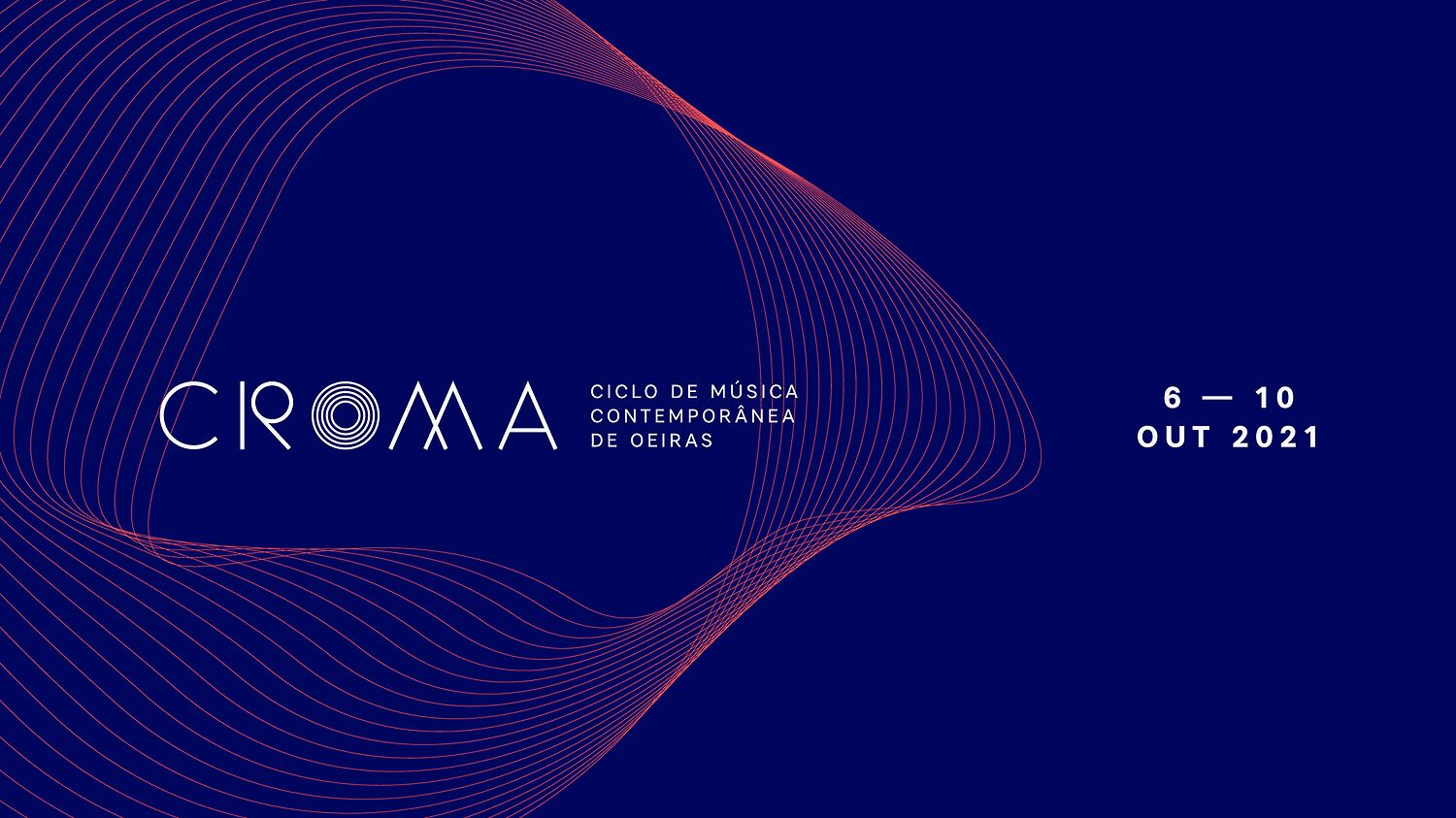 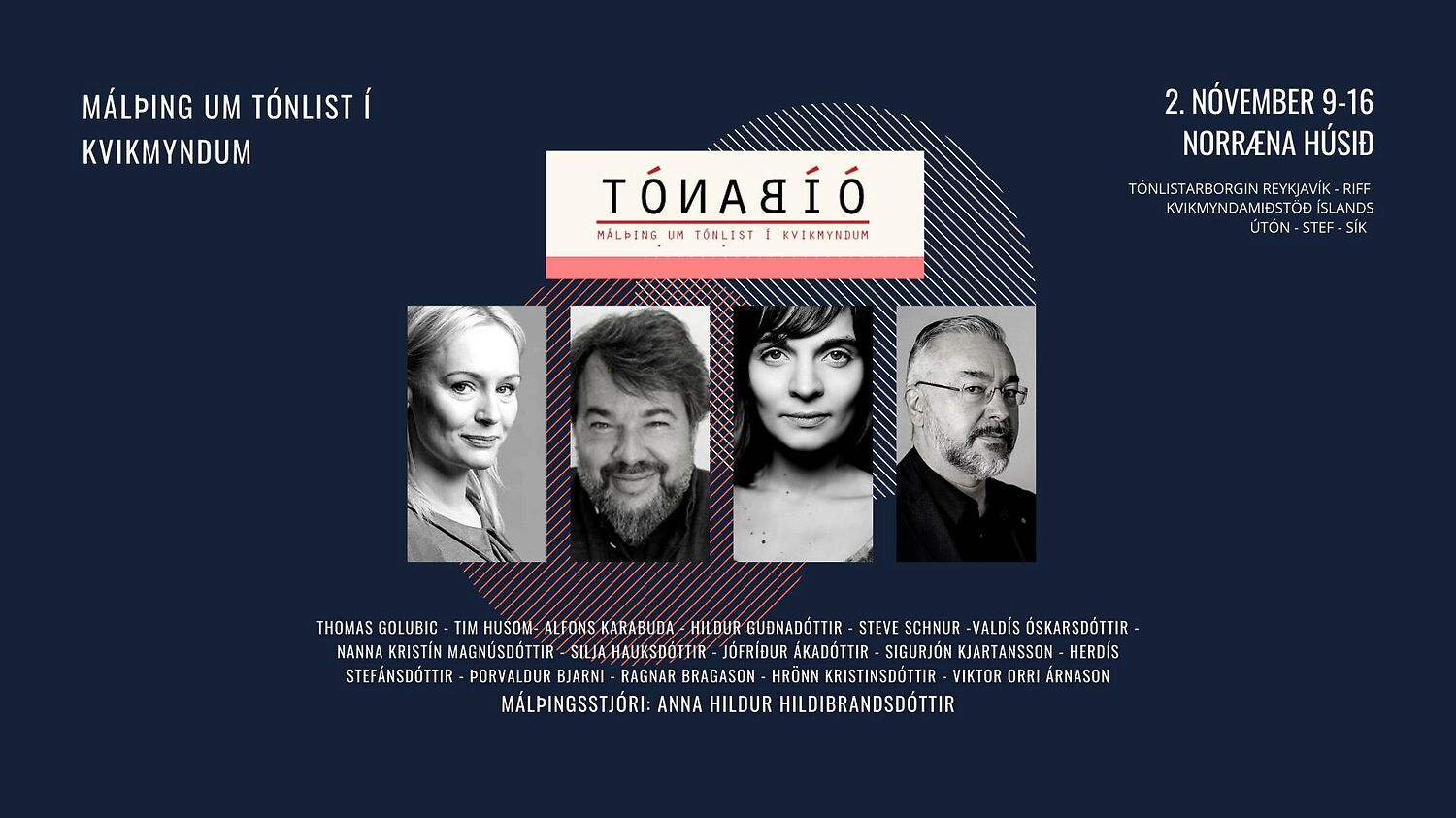 On 2nd November ECSA’s President Alfons Karabuda will join the Tónabió symposium, bringing over many of the world's leading experts to talk to Icelandic professionals in music and film and to present the best working methods of collaborating across the two industries. Our President joins experts: Thomas Golubic - Music Supervisor for projects like The Walking Dead and Breaking Bad, Tim Husom of Redbird Music, Steve Schnur - Electronic Arts’ President of Music and Oscar-winning Hildur Guðnadóttir who scored Chernobyl and Joker. Find out more here. 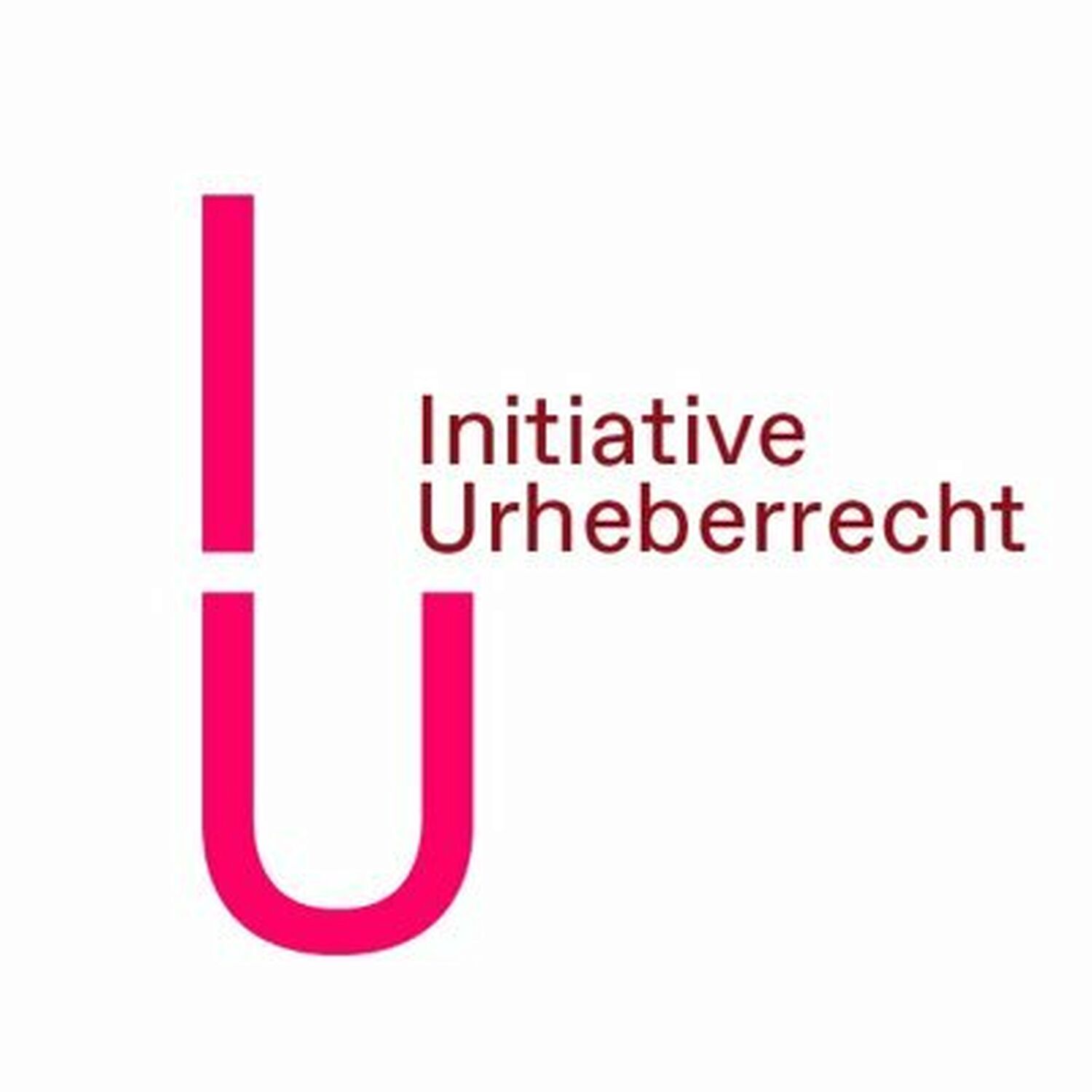 On 22th November, the Initiative Urheberrecht will hold its annual Conference on Authors’ Rights in Berlin. The conference will discuss the implementation of the Copyright Directive and the SAT- CAB Directive in Germany as well as in other EU countries. Save the Date! 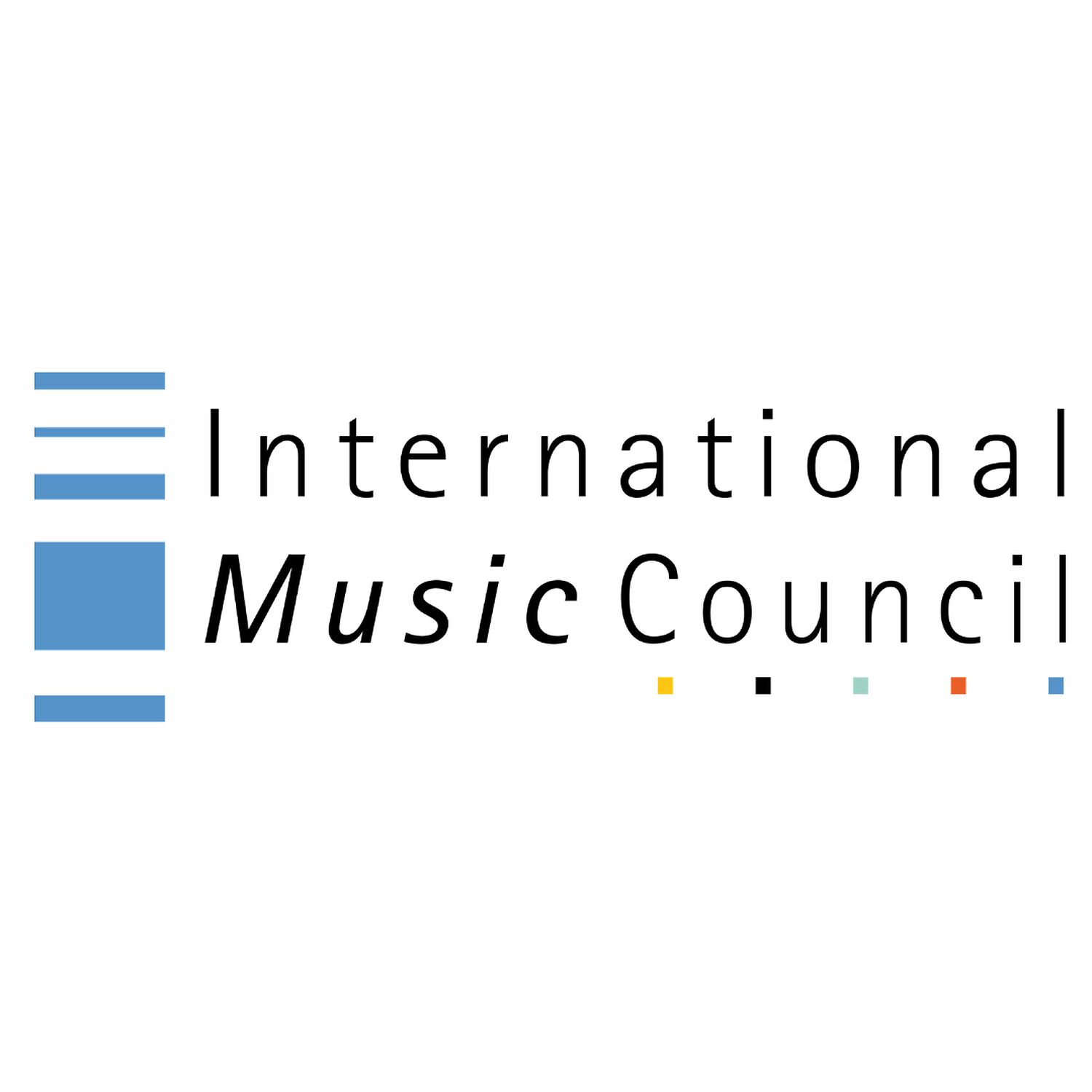 IMC in Belgrade for 67th International Rostrum of Composers

Lonesome Skyscraper (2019) for orchestra and electronics by Serbian composer Ivana Ognjanović (born 1971) and Are One (2021) for voice, chamber orchestra and electronics by young Latvian composer Krists Auznieks (born 1992), are the works selected by radio music producers participating in the 67th International Rostrum of Composers (IRC) held in Belgrade (Serbia), from October 12 to 15, 2021.

Since its inception in 1954, the IRC has become the most important platform for the promotion of contemporary music via radio broadcast while offering a unique forum for professional exchange among radio music producers and presenters. Its central purpose, supported by the European Broadcasting Union, is to provide contemporary musical creations the largest possible number of broadcasts worldwide. 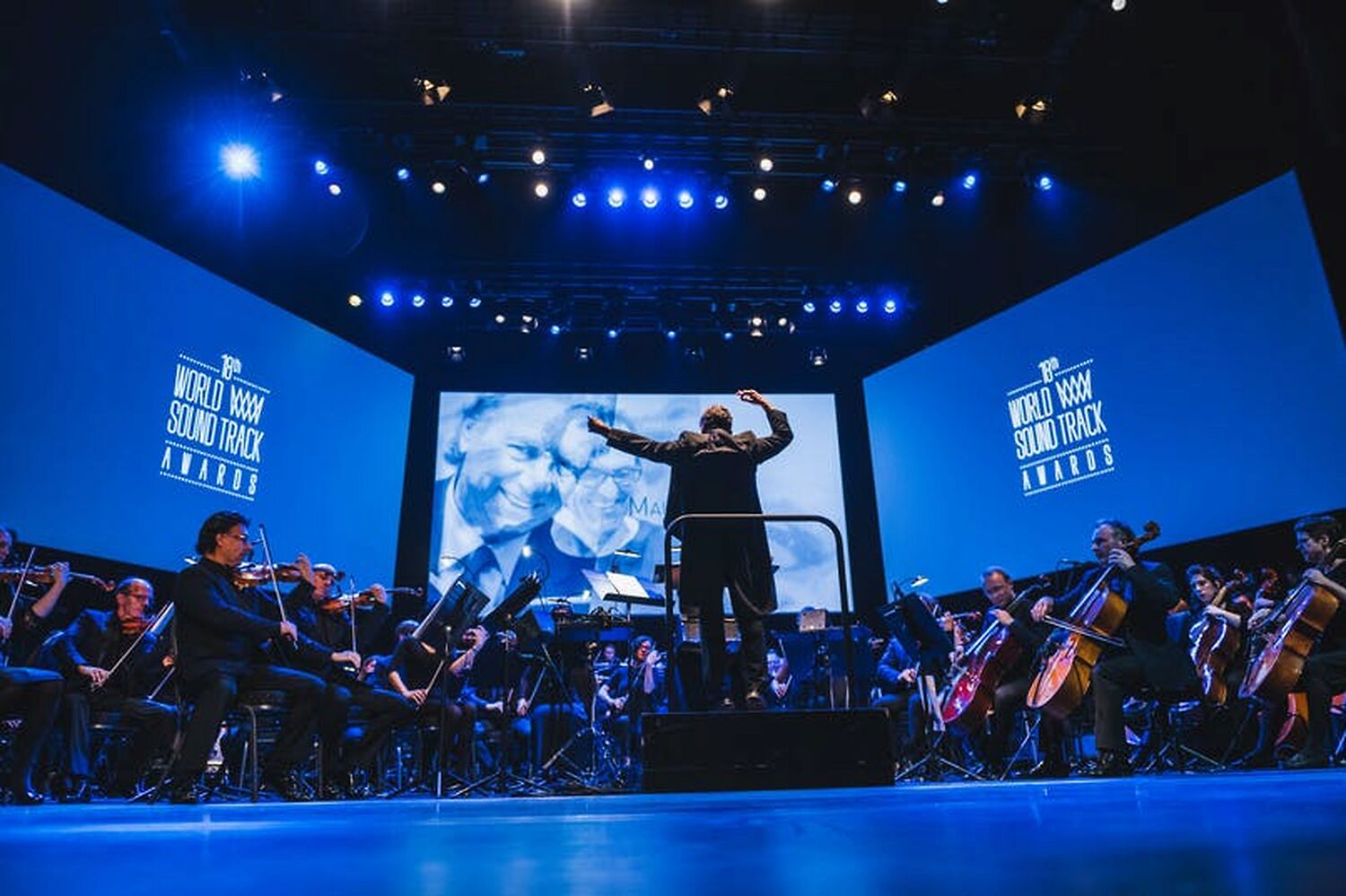 The 48th edition of Film Fest Ghent ended with the World Soundtrack Awards. Daniel Pemberton has won the Film Composer of the Year Award at the 21st World Soundtrack Awards Ceremony in Ghent. Carlos Rafael Rivera received the Television Composer of the Year Award. “Call me Cruella” from Disney’s Cruella was presented with the Best Original Song Award, while Nainita Desai took home the Discovery of the Year Award. Benji Merrison was honoured with the Public Choice Award while Dougal Kemp took home the Sabam Award for Best Original Composition by a Young Composer. Finally, Eleni Kariandrou received the Lifetime Achievement Award. Read more about the Awards here.

DSA: A MISSED OPPORTUNITY AND A STEP BACKWARDS