back to events & working groups

As a result of the failure of the GRD (Global Repertoire Database), ECSA initiated a cross-industry dialogue among music writer groups from North America and Europe in order to continue exercising pressure on the music industry to work on more connected and accurate databases of the respective repertoire hubs. The dialogue was launched in the form of the so-called Creators’ Roundtable, the first one organised by ECSA in New York on 20 November 2015. To see which topics have been discussed since then, please have a look below. 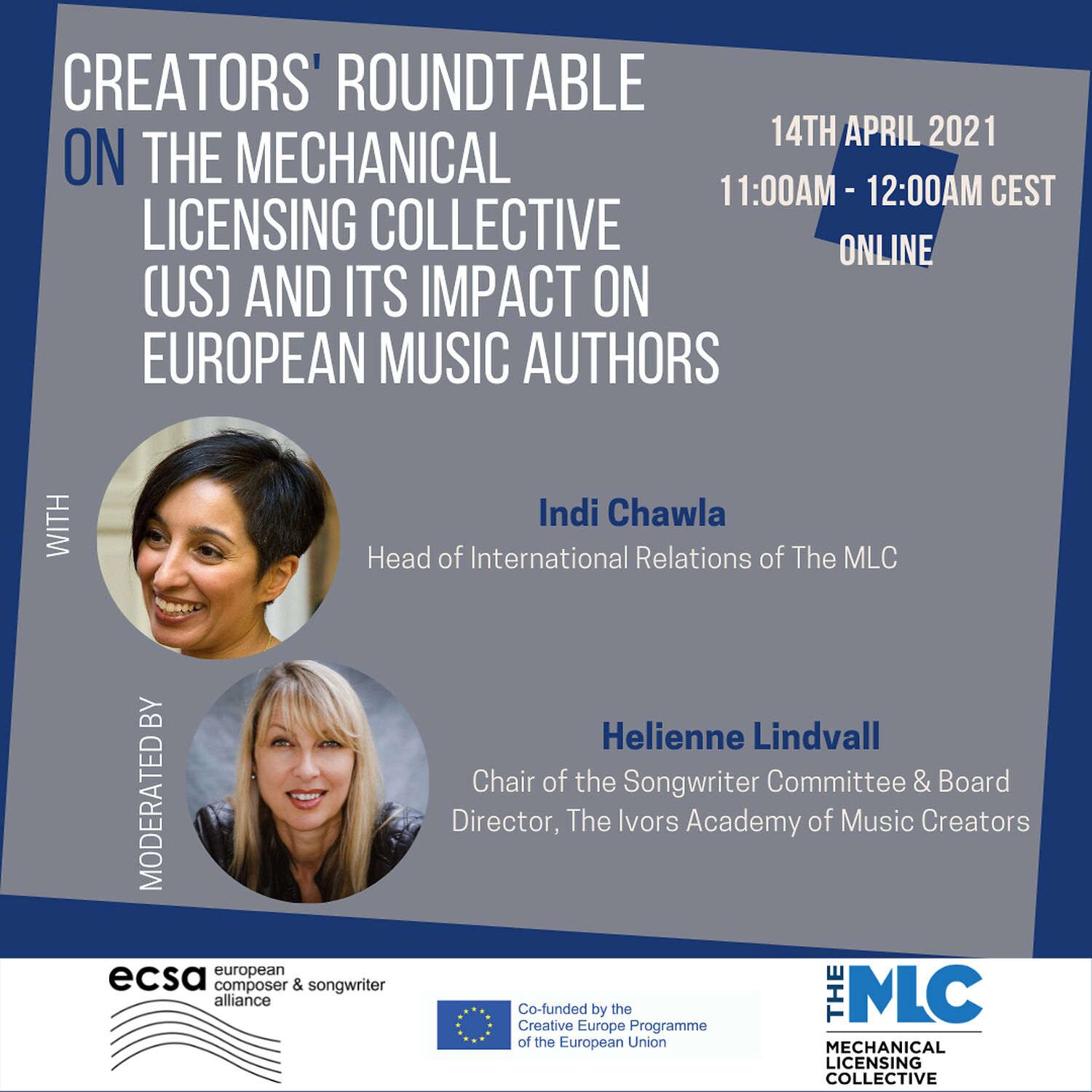 ECSA’s Creators’ Roundtable on The Mechanical Licensing Collective (US) and its impact on European music authors took place on 14th April 2021.

The roundtable, moderated by Helienne Lindvall, Chair of the Songwriter Committee & Board Director of The Ivors Academy of Music Creators, gathered participants from the ECSA membership.

Indi Chawla, Head of International Relations of The MLC, presented The MLC and talked about the issue of unmatched royalties, as well as the membership process for the authors to be able to claim them.

The presentation was followed by a Q&A session, and the participants agreed to the necessity of having a follow-up meeting later this year to discuss the use of The MLC’s upcoming open database of musical works that could not be matched, available in a bulk format. 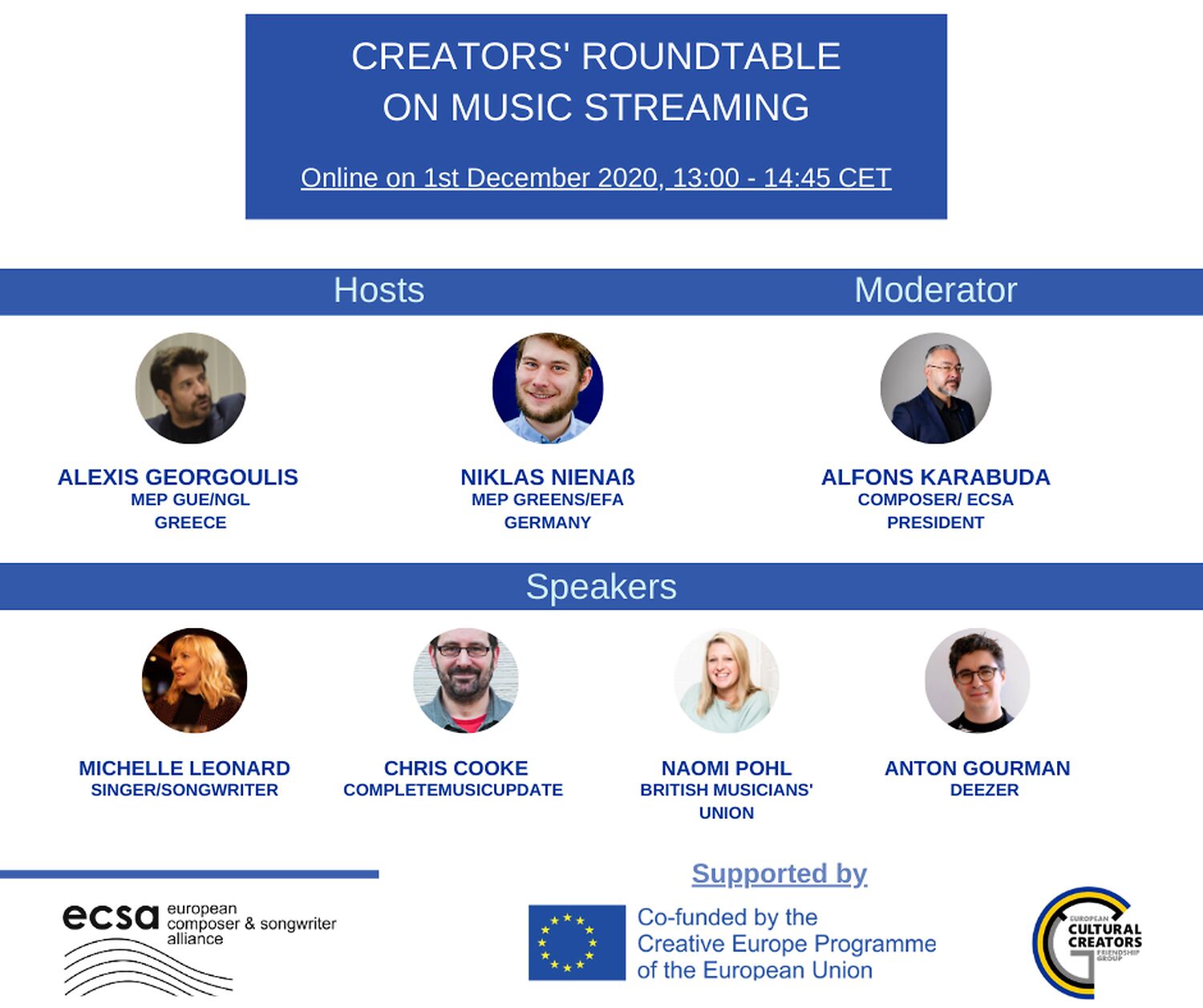 On 1st December 2020, ECSA invited policy makers and interested stakeholders to the Creators’ Roundtable on Music Streaming. MEP hosts Alexis Georgoulis (GUE/NGL) and Niklas Nienaß (Greens/EFA) along with artists and streaming services’ representatives discussed the workings of the music value chain in the time of digital streaming and its impact on songwriters and composers – as well as shared concerns and information on what could be done to ensure artists are proportionally remunerated. 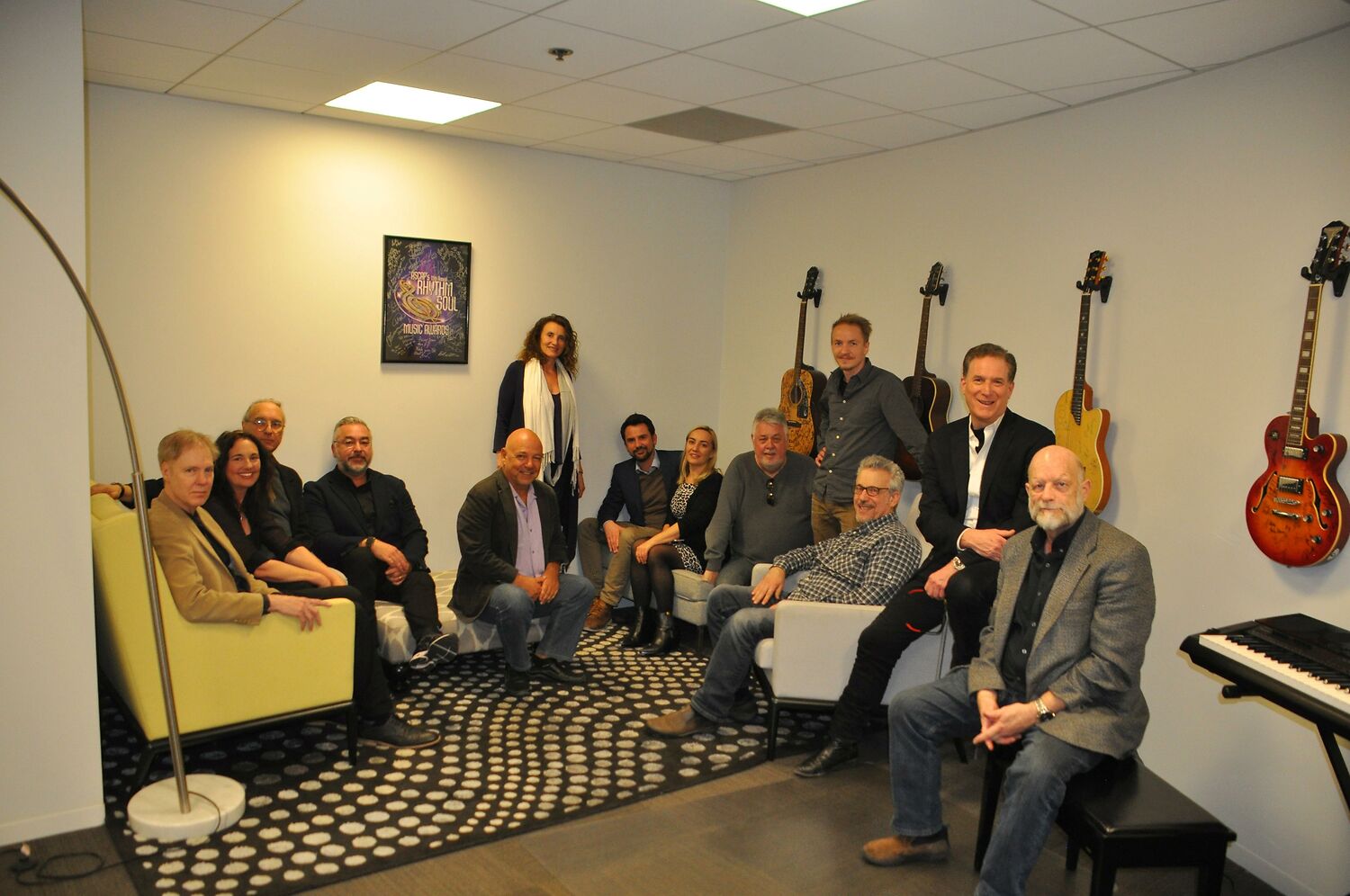 On 13th March 2019, the Creators’ Roundtable took place in LA, hosted by The Society of Composers an Lyricists and ECSA. The event provided an opportunity for reciprocal updates on relevant political and legal developments in the EU and US for composers and songwriters. 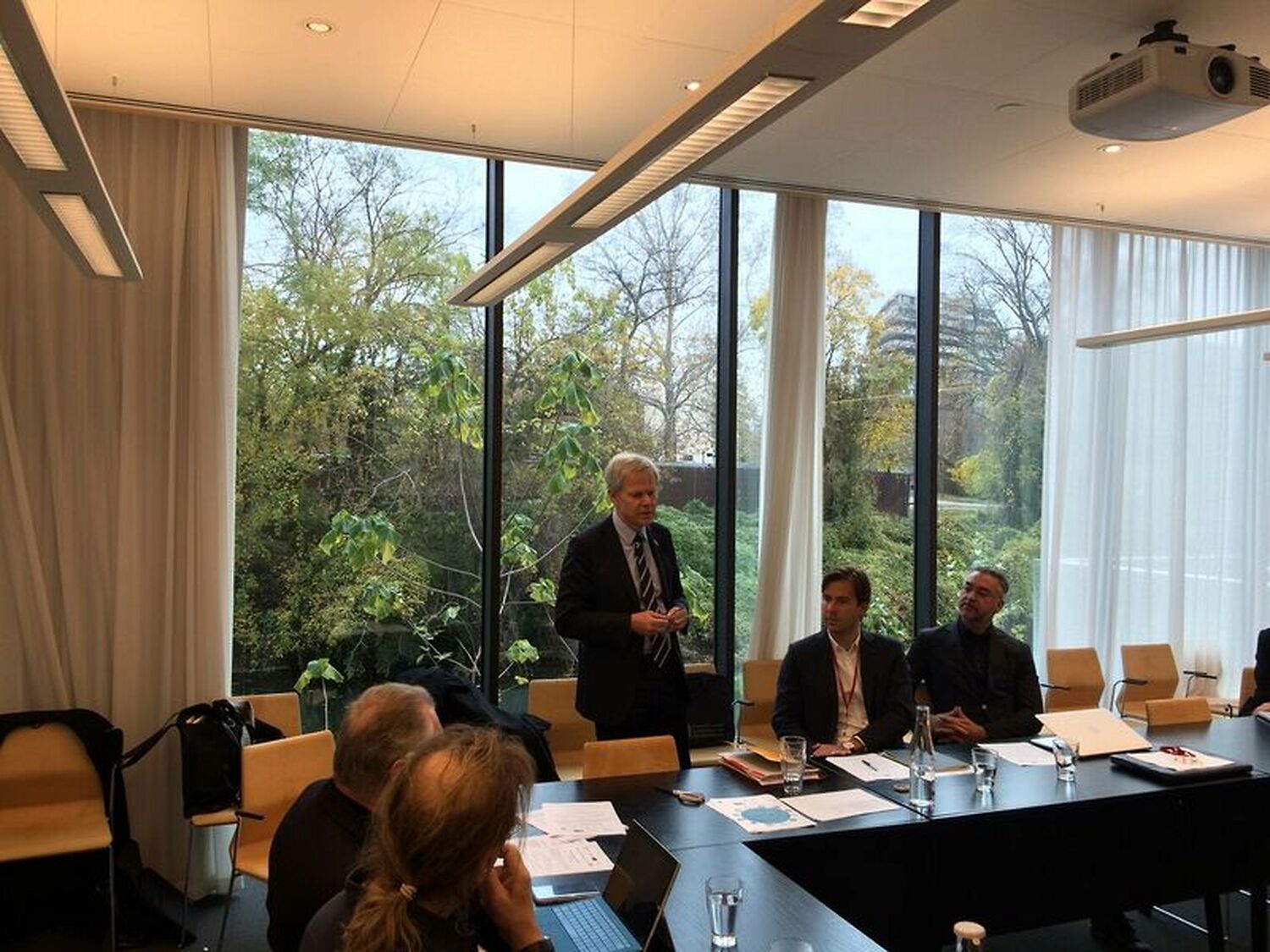 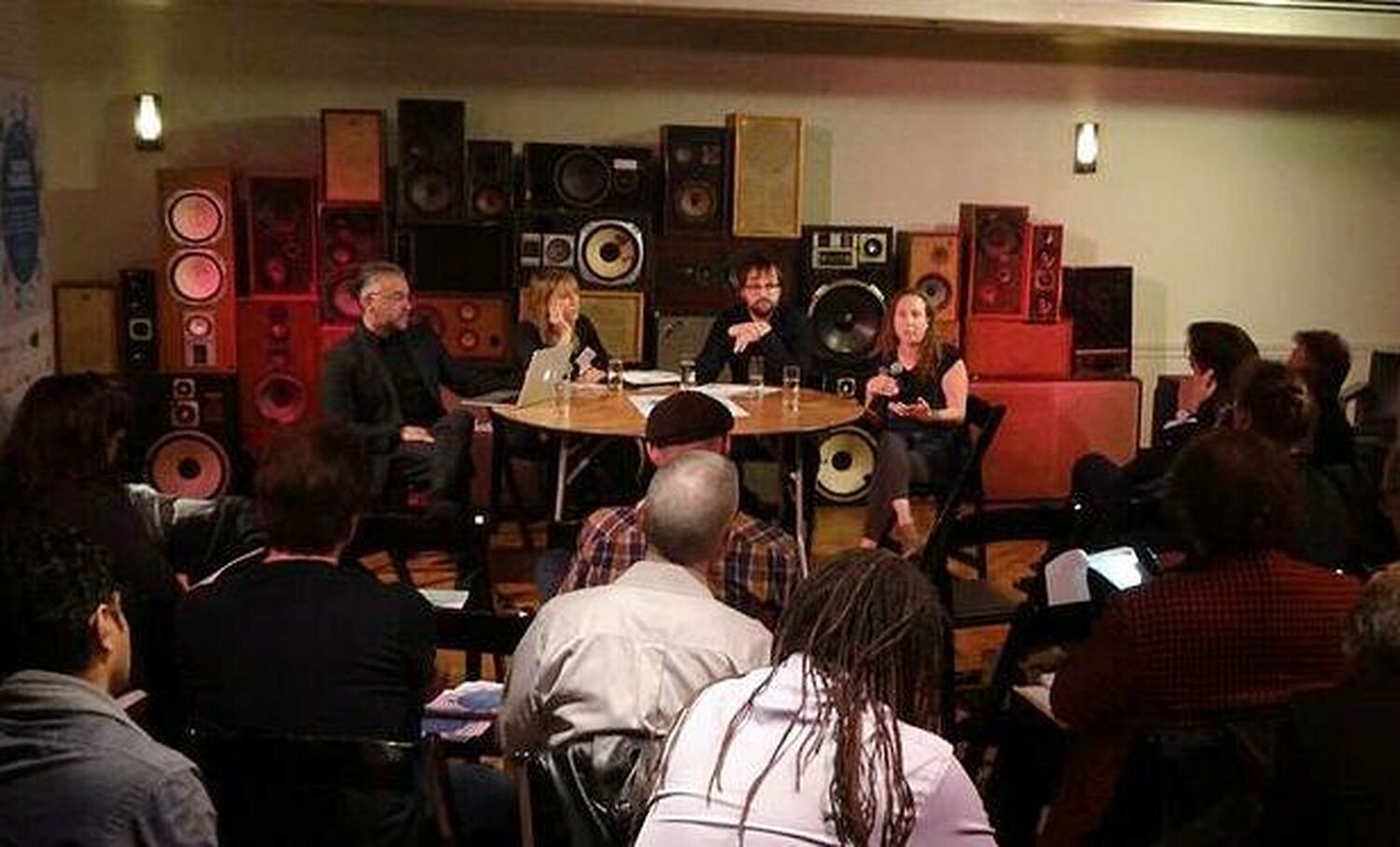 Working Group on Diversity and Inclusion