On the 15th of March, the Authors’ Group, consisting of the European Composer and Songwriter Alliance (ECSA), the European Writers’ Council (EWC), the Federation of European Screen Directors (FERA), and the Federation of Screenwriters in Europe (FSE), published its position on Ms Semedo’s (Renew – Luxembourg) report on the situation of artists and the cultural recovery in the EU.

The Authors’ Group underlines the huge impact of the COVID-19 crisis on creators and their sectors and calls for an ambitious and swift implementation of the Copyright and AVMS Directives. It also urges to remove obstacles to collective bargaining agreements and strengthen the support for culture as well as the accessibility of funds and loans to freelance creators. Finally, the paper encourages allowing for a reopening of cultural venues and consider all evidence that cultural activities can be allowed under certain conditions.

You can read the Author’s Group position here.

Along with 109 cultural networks, ECSA strongly advocates for culture to be explicitly included in each EU Member State National Recovery and Resilience Plans (NRRPs). We also ask EU Member States to reactivate cultural life in Europe, while keeping existing and putting in place new dedicated support schemes far beyond stabilisation of the situation.

On the 5th of March, ECSA President Alfons Karabuda spoke at a Music Moves Europe conference on the diversity and competitiveness of the European Music Sector, organised by the European Commission with EU Member States representatives.

Invited at a panel on music streaming and cultural diversity, he underlined the very low level of remuneration for composers and songwriters coming from streaming services, in a context where authors’ royalties are already deeply impacted by the COVID-19 crisis. He also deplored that the deals and conflicts of interests within the music industry generally led to devaluing the value of a song on music streaming services and called on policymakers to change this situation, notably by carefully looking at those conflicts of interest and at the concentration trends in the music sector.

Finally, he urged the EU Member States to accelerate the process of implementation of the Copyright Directive to improve authors’ remuneration and to promote more transparency and better data in the music sector, to the benefit of creators and cultural diversity alike.

Keychange is an international gender equality campaign that invests in emerging talent whilst encouraging festivals, conferences, and a growing range of music organisations and institutions to sign a pledge to include at least 50% women and under-represented genders in their programming, staffing, and beyond.

With our Pledge to Keychange, ECSA further commits to:

Want to join us in the movement? Read more about the Keychange campaign on their site.

Capacity Triangle Webinar: “How can we improve authors’ contracts?”

On the 29th of March, ECSA held the latest edition of the Capacity Triangle, a webinar that focused on best practices and collective bargaining agreements for authors’ contracts in Germany and France.

The webinar allowed the participants to get an overview of certain existing collective bargaining agreements (such as the French “Code of Good Practices for the Publishing of Musical Works / “Code des Usages” in French) and mediation processes (such as the mediation process between music authors and publishers within GEMA in Germany) that can improve authors’ contractual relationship with their counterparts.

In case you missed it, the full webinar is available on ECSA’s YouTube Channel.

The European Composer & Songwriter Alliance is pleased to invite you to the 2021 Camille Awards ceremony, awarding composers of exceptional pieces of film and audio-visual music, which will take place on 8th April at 6:00 PM CEST.

In collaboration with FAME’s Studio Orchestra Music Recording Company, this special ceremony will feature live and recorded moments, from the orchestral recording of the nominees’ scores to clips of movies and TV series to interviews featuring the statues’ artist Caroline Brisset, the International judges, and many more.

Mark your attendance at the Camille Awards Facebook event and you will be informed in time about the direct link to the ceremony.

The 16th edition of the ECCO Concert featuring United Instruments of Lucilin and conducted by Thomas Goff will be premiered online on April 6th at 7:00PM CEST, celebrating six months since its performance in Luxembourg!

Don’t forget to mark your attendance on the Facebook event and watch the premiere of the concert here. 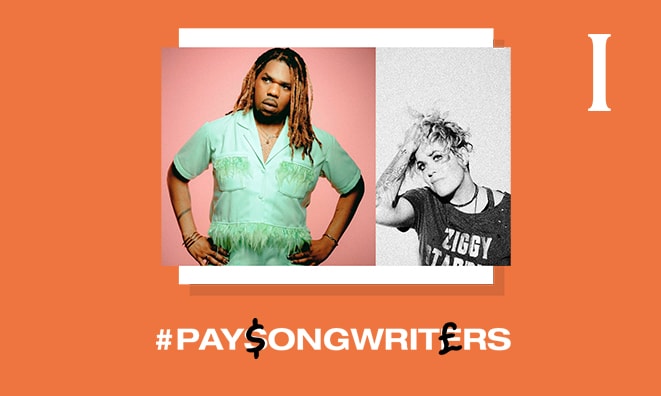 In an effort to increase visibility on the struggles faced by songwriters, the Ivors Academy has launched the #PaySongwriters campaign.

Once more highlighting the unfairness within music streaming and the need for its reform,  the Ivors Academy tells us: “We are campaigning to Fix Streaming but at the same time, highly acclaimed songwriters are struggling to pay the rent while labels enjoy record revenues from streaming”.

You can find more information on the campaign on the dedicated site here. Support the campaign by joining over 2,000 songwriters who have signed this letter. 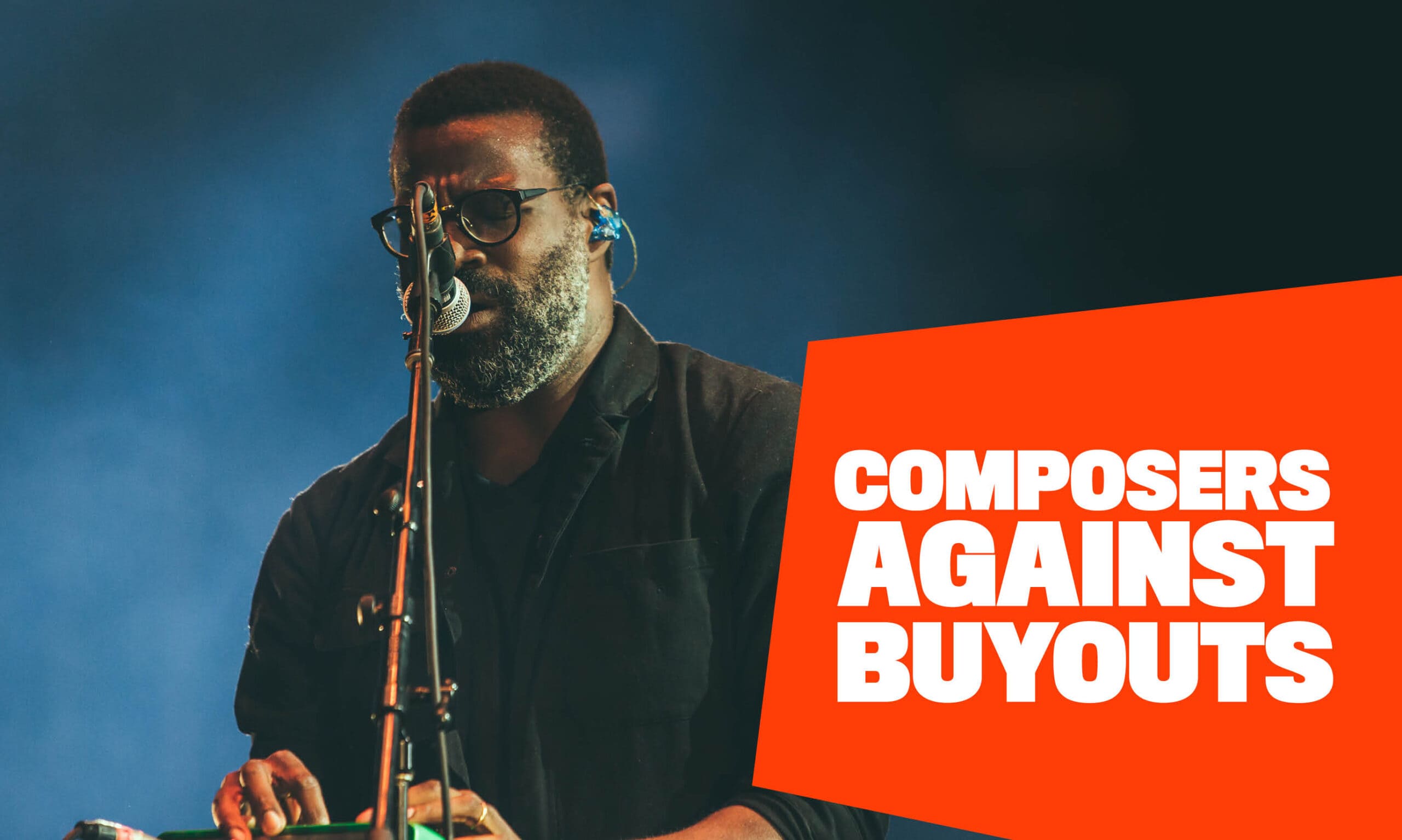 In partnership with the Musicians’ Union, the Ivors has also launched the #ComposersAgainstBuyouts campaign, against the increasing practice of buyouts, an upfront fee rather than royalties, that media composers are increasingly experiencing.

Emmy nominated composer Hannah Peel said, “Understanding the business of composing is complicated, with composers on all different types of contracts. It’s so important that we educate ourselves and each other about what to look out for so we can make a living and sustain our careers.”

Composer David Arnold, who has scored five Bond films, said, “Music brings films and programmes to life and creates an emotional connection like nothing else. It may not be visible, but it is truly tangible, and the people that create this amazing music should have their rights protected, not eroded.”

Find out more about the campaign including a Fair Commissioning Manifesto, a guide to buyouts for media composers and book your place at an introductory event on the 21st April.

UNAC is a French professional organization that defends the economic and moral rights as well as the professional interests of Authors grouped together and represented at Sacem: authors, composers, humorists, writer-directors, dubbing and subtitling authors, etc.

As part of its latest actions, Unac has worked in particular to extend the benefit of the national solidarity fund to artist-authors, and contributed to the establishment of a system of direct aid to authors in the amount of 2M€. UNAC also organized a conference on female leadership with the objective of promoting gender equality and more generally pursued its fight with the public authorities for the enhancement and fair recognition of the place of the author within the cultural sector.

Music Creation and Songwriting LAB is a program to support the creativity and mutual learning of creators and performers.

The main goal of MCS_Lab is to create a comprehensive program that will not only gather composers and songwriters from the three represented countries (Poland, Portugal and France), coming from different music genres and backgrounds, as part of joint creative work during songwriting camps but which will also provide them with the necessary theoretical knowledge and with the support of mentors with long-standing experience in the music industry.

The project will involve three songwriting camps, one of which will be dedicated to working on songs to be used in films and commercials in the future, involving film and contemporary music composers.

In Dante’s year and on the occasion of the 700th anniversary of the poet’s death, the Camerata Strumentale Città di Prato and the Florence Philharmonic Orchestra – la Filharmonie are announcing an international competition of symphonic composition.

The score will have to be inspired by the Divina Commedia, drawing inspiration from a figure, an image, a character, or a selection of verses. The competition is open to composers of any nationality and is without age limit, who should compose a symphonic piece of a maximum 15 minutes duration.

Call for Scores: Women of the World – In Stravinsky’s Footsteps

Under the artistic direction of Belgian composer Danielle Baas and the support of Entrela’, Art and Life Tours, and the Federal Science Policy Office, an international call for composers’ scores is now open, as part of the Osmose Intermezzo which will take place on 19th November, 2021. The piece is for solo piano in the footsteps of Stravinsky, with a duration of 5 minutes.

12 female composers will be selected, including 6 Belgian composers. The selected composers will be notified by email in September 2021 and will benefit from free admission to the concert and a recording of their work with pianist Charlotte Boquet. 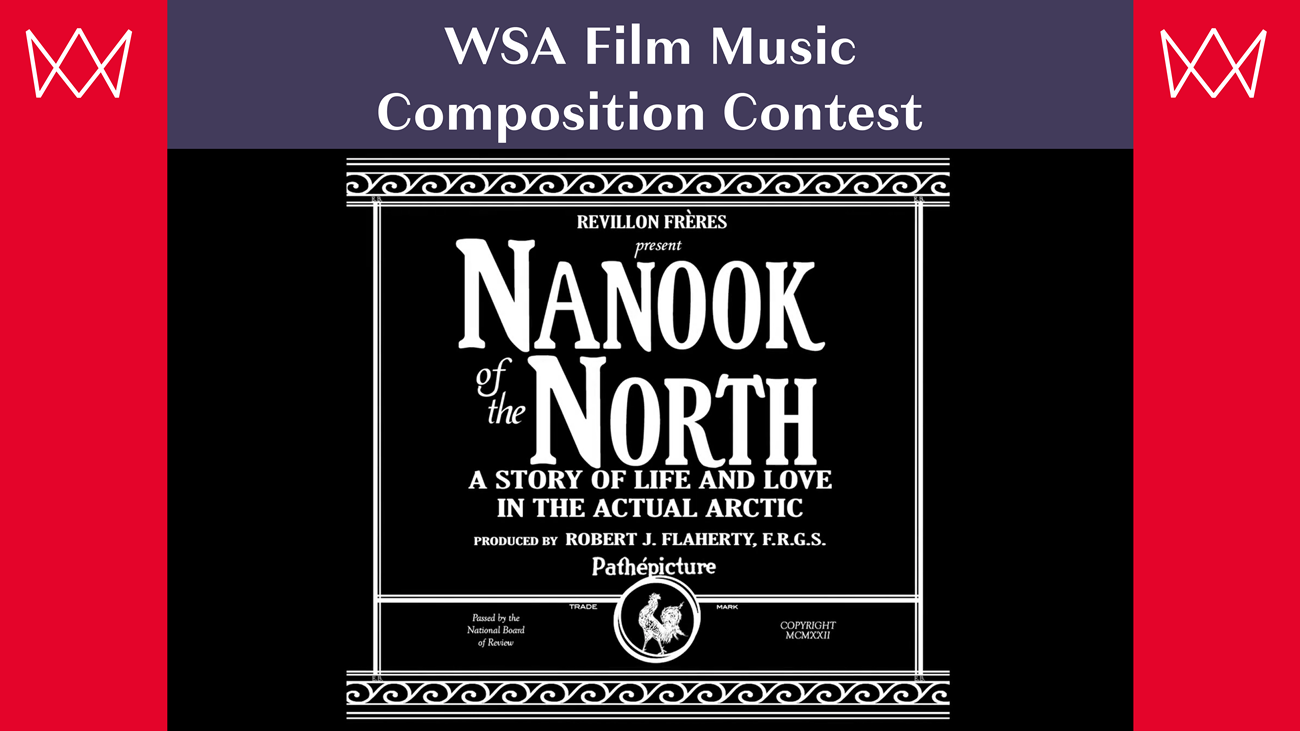 Each year, the World Soundtrack Academy (an initiative of Film Fest Gent) organises a composition contest for young international composers. Young international film music talents have the chance to participate in the WSA Film Music Composition Contest and to win the Sabam Award for Best Original Composition by a Young Composer, worth € 2.500.

This year, composers for screen are invited to write an original score for a selected excerpt from Nanook of the North, Robert J. Flaherty’s 1922 silent documentary film.

The compositions of the three finalists will be performed by Brussels Philharmonic, conducted by Maestro Dirk Brossé, at the annual World Soundtrack Awards Concert.

Register for the 2021 Composition Contest here. Rules for the competition can be found here.

On the 17th of March, ECSA’s European Affairs and Programme Manager Alicja Swierczek presented our work for the students of the “Sounds of the World: Music as mirror of the intimate and the collective” class, talking about the position of composers and songwriters in the era of digital media consumption. The presentation was followed by a lively discussion with the students.

A big thank you to the European Music Council for introducing us, and Alejandro Abbud Torres Torija for the invitation.